The Quality and Quantity of A24 | Film | Bend | The Source Weekly - Bend, Oregon

The Quality and Quantity of A24

Can one production company save movies?

The older I get, the more I need to feel something from the movies I watch. Don't get me wrong, I still love a good disposable comedy or an almost instantly forgettable horror flick, but it's comforting to feel like the two hours you gave a movie was reciprocated somehow. Like your time was taken in exchange for a new way of viewing the world or a new wellspring of empathy you didn't know you possessed. 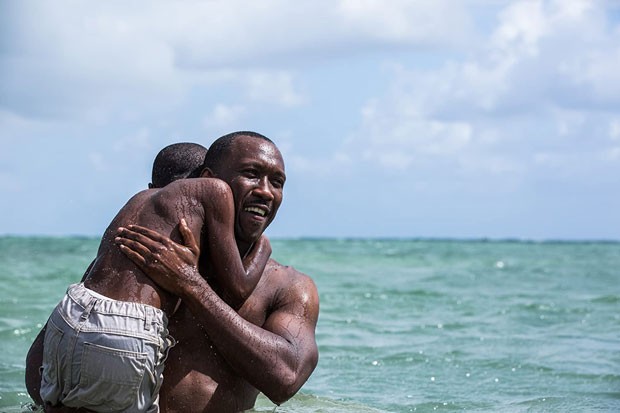 I watch so many movies for work and for pleasure that recently I was trying to think if there was any production company or studio that guaranteed that kind of quality just by their involvement in the creative process. Disney used to curate its projects more carefully, as did Pixar, but I'm not sure if there's been a company with more consistently quality output than A24 Films out of New York.

Founded in 2012 and named after the A24 motorway in Italy (the backdrop of several neorealist classics itself), the company has film distribution and production down to a science. As soon as I knew I wanted to write about A24, I did a deep dive into its catalogue and watched as many of the films as possible to see if the name really was a banner of quality.

As of this writing, A24 has 97 films currently available to watch, with a further 14 either in production or ready to be released when theaters start to reopen. Of those 97, all but two are currently available to stream, with the two outliers available for purchase on VOD. For the purposes of this article, I watched all 97, ranking them all from best to worst.

Amazingly, the worst movie A24 has put out was also the first movie they put out: an amateurish and sloppy "reimagining" of Fellini's "8 1/2" starring Charlie Sheen and Bill Murray called "A Glimpse Inside the Mind of Charles Swan III." Instantly forgotten, it was a few months later that A24 had its first hit with the Harmony Korine banger, "Spring Breakers." After that, they were off to the races. As of 2019, the company has been nominated for 25 Academy Awards, winning six.

The smartest thing the company has done so far is making bets on talent. They produce movies with a vision from auteurs who want their audiences to leave the theater wrapped up in new worlds and ideas. In 2013, they put out "Enemy," a surrealist masterpiece by Denis Villeneuve and "Under the Skin," a mesmerizing and seductive sci-fi mind-f*** featuring a glamour-less Scarlett Johansson. The year 2014 saw the release of "Laggies," a new romantic dramedy from the dearly departed Lynn Shelton, another acidic trip through NYC from Noah Baumbach in "While We're Young" and the hard science fiction masterpiece "Ex Machina."

In 2015, A24 reinvented the western with "Slow West," made Brie Larson a movie star with the heart rending "Room" and produced my favorite horror thriller of the new century with "Green Room." These movies all have nothing in common except for a strong, singular vision and an ability to absolutely transport the viewer out of their own lives.

Since then we've had the surrealist tour-de-force "The Lobster," the unforgettable "Moonlight," and the insane "Swiss Army Man," but in 2017, A24 did something no other production company has ever even attempted: It released four perfect films. "A Ghost Story" is a mesmerizing look at loss told from the perspective of the universe; "The Florida Project" plays as a lo-fi love letter to motel life; "Lady Bird" is a feminist bildungsroman that manages to be deeply personal and profoundly universal; and "First Reformed" wallows in faith while screaming at God to be noticed—and is my pick as the best film of the last 20 years.

There's just not enough room to talk about them all. I couldn't go into the anxiety machine that is "Uncut Gems" or the unheralded power of "Midsommar" and "The Farewell," so I'll leave you with this: Every movie I mentioned is available to stream right now on Netflix or Amazon Prime. A24 only asks two things from you: your time and your attention, but what they give back is immeasurable.