When you break up with a friend, where do you go with that? 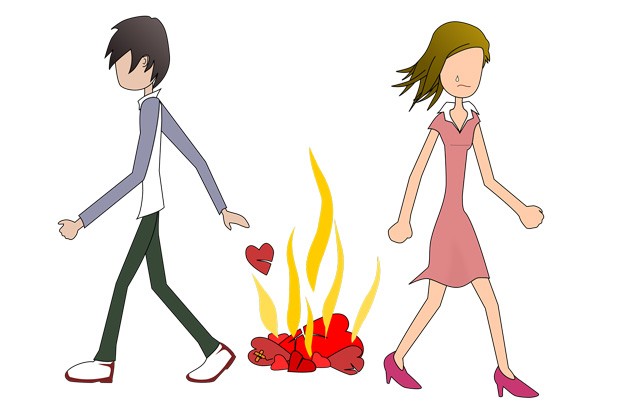 I'm a 30-something gay guy. When I moved to a new city five years ago, I knew nobody except two female co-workers, who became my first friends. I have since met wonderful, talented, artistic people who are more my style. I no longer work with these ladies, and I'm just not interested in hanging out with them anymore. When they call to get together, I keep saying I'm busy, but they're not getting the picture. How do I break up with them without being mean?

It helps to understand the underpinnings of friendship. We like to think of ourselves as rational and discerning people with very good taste, and naturally, we believe this shapes our choice of friends. In fact, personality psychologist Mitja Back and his colleagues find that a major driver of whom we're friends with is "mere proximity" — living on the same block, working together, or, in Back's study, being randomly assigned seats next to each other in a college class.

Still, maybe you feel a little guilty about exiling these ladies from your life, because you used them to have some somebodies around when you knew nobody. However, they hung out with you willingly. It's not like you were some odious character they were forced to go to brunch with at gunpoint.

The kindest approach, of course, is to keep distancing yourself and hope they get the message or just give up on trying to get together. You do say that the "take the hint!" approach hasn't been working. But are their calls and texts so screechingly bothersome that it's worth it to go all rip-the-Band-Aid-off? If you decide it is, you could say, "You guys have been so kind to me, and I've enjoyed our times together, but I've gone through some personal changes, and I don't think we're such a great match anymore."

Be prepared: They may press you to tell them more. For maximum kindness, stick to this sort of vague statement. Don't go all truthful on them: They were human placeholders, the sidewalk furniture of friends, like curbside chairs you dragged home so you wouldn't have to ask your dates, "Hey, wanna stand in my living room and watch Netflix?"

I seem to keep getting together with the same messed up guy over and over again. Basically, the men I'm attracted to all have the same issues (emotionally unavailable, fear of commitment, etc.). Each time, I tell myself I can make things different. How do I stop doing this?

Your problem isn't being attracted to guys who turn out to be messed up. It's going forward with them after you discover that. It's like seeing the sign "Shark-Infested Waters" and then saying to yourself, "They probably just say that so the lifeguards don't have so much work. And I mean, do I really need my arms? Both arms?"

Research by psychologist Roy Baumeister on self-regulation — professorese for self-control — finds that it has four components: standards, motivation to meet those standards, self-monitoring to make sure you're doing that, and the will to control urges to do what you know you shouldn't be doing.

You probably believe you have standards, but chances are you haven't thought them out to the point that you can tick off what they are. Not having a solid grasp on them means you can't monitor whether you're following them and take action if you aren't. Now's the time to change that. Write down a list of your standards: your must-haves for a guy you're with, the qualities you can't do without.

When you're interested in a guy, don't just hope he hits the marks; ask questions that draw out the sort of man he is and also look at his behavior. If he falls short of your standards, make yourself move on. Yes, make yourself.This will be hardest the first time and if you really like a particular guy. Eventually, it'll become easier to weed out the guys with issues, though you may need to work on your own before you're comfortable with guys who'd make you happy. Should you find yourself jonesing for a project, opt for something safe, like gluing elbow macaroni all over your car, as opposed to being like the storm chaser dude who's all surprised when he gets blown into the next state and impaled by rebar.