Denzel shoots his way through another bloody mess 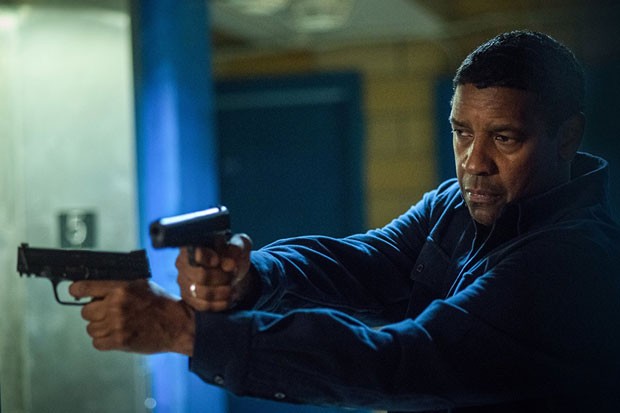 I really don't ask for much when it comes to action movies. Give me some characters to feel invested in and some hot, sweet explosions and gunfights to cheer at and I will go home feeling like my time wasn't wasted. I don't care if the dialogue is terrible or if the performances are laughable; just make me drop my jaw during a badass martial arts sequence and all will be forgiven.

That's the biggest problem with "The Equalizer 2." The performances are solid and the dialogue is decent, but there's not a single moment of intensity to be had throughout the entire film. Considering the final set piece is Denzel hunting and fighting a mercenary team on an abandoned island during a massive storm, that's a hugely unforgivable problem.

Washington is once again Robert McCall, an ex-government assassin/black ops soldier who faked his own death to leave the business and live the life of the peaceful samurai. In the first film, he worked at a Home Depot, but since he blew most of it up and killed a ton of people, now he's a Lyft driver by day and an avenging angel by night. Maybe on his days off.

When McCall's only friend is murdered, he goes on a bloody rampage to kill her killers and to get to the bottom of a word conspiracy I still didn't understand by the end of the movie. While Denzel is incapable of giving a bad performance, the character of McCall doesn't require the depth he brings to the role.

The reason why "Die Hard" is still an action classic is simple: John McClane is an everyman. Yes, he's a badass who can jump out of windows hanging on to fire hoses, but he's also barefoot running across glass and in a ton of pain. He's sweating and exhausted and pissed off he's not enjoying his vacation. Robert McCall is a ghost. He's an untouchable ninja assassin who basically acts no different than Batman or the Punisher. It's impossible to get invested in that.

"The Equalizer 2" is never exciting because we're never worried for McCall. He doesn't appear to feel pain or fear; instead he grimly dispatches almost everyone he comes in contact with, because that's what his code of honor decrees he should do. Washington is always entertaining to watch, but he deserves to be playing a role with layers and hidden depths. In "The Equalizer 2" he's just a Terminator addicted to turning people into dead bodies.

There are a ton of action movies less entertaining than "The Equalizer 2," but none that commits such a cardinal sin as wasting Denzel Washington. The man swings for the "Fences" every time he's in front of the camera, so sending him out to bunt is a bit insulting. He could carry this movie in his sleep, but he shouldn't have to.