The Shape of You | Film | Bend | The Source Weekly - Bend, Oregon

The Shape of You 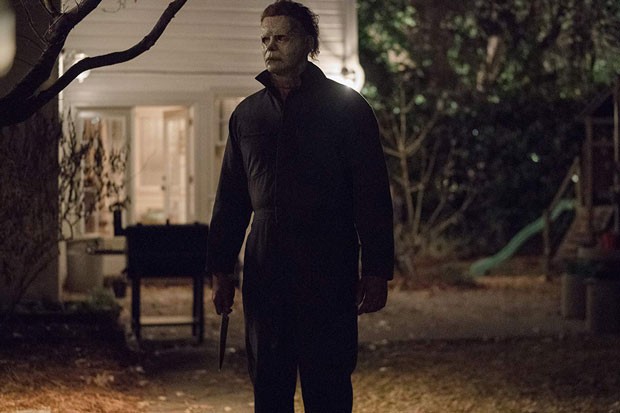 When I was in fifth grade, my mom got married to a man with two boys—one my own age and one several years older. We all moved to a big ranch house with a barn and an old Quonset hut filled with bits of scrap metal, broken records and cobwebs. My older step-brother moved out to the Quonset hut, putting up a few plywood walls between him and the disaster of the rest of the hut.

One Halloween he spent an entire paycheck buying an authentic Michael Myers mask and mechanic overalls. My older step-brother and I weren't close—didn't even like each other much, so what came next seemed almost normal at the time. I would be in the house and the phone would ring—him calling from the Quonset hut.

"Come outside in three minutes," he'd say, and I knew if I didn't, he'd just beat me up later.

When I walked into the hut, all the lights would be off; the only source of light a bare bulb at the other end of the room. My mission was to turn on the lights before my brother, fully dressed as Michael Myers' The Shape, uncoiled from the shadows with a butcher knife, silently, and "murdered" me by holding the knife to my neck and then disappearing back into the darkness. When I'd see him next, he'd act like nothing ever happened, like he never silently stalked me across the dirty floor covered in bits of metal and broken records.

The new "Halloween" movie isn't half as scary as what I just described. Myers lumbers around like a murder robot, never making me feel like he was the embodiment of pure evil he's supposed to be. Nick Castle, who played Michael in the original, is fine but all too human. He doesn't convey the stillness of Myers' being as well as he did once before.

As fun as it is watching him square off against Jamie Lee Curtis again, their confrontation in 1998's "Halloween: H20" was so iconic that this feels like another thin retread.

Don't get me wrong, this is probably the best-made "Halloween" movie since the second one, but there's no fun there—no sense of the unknowable evil Michael Myers represents. He's just a killer in a mask, no different than any of the other new slashers produced by Blumhouse over the last few years.

Michael Myers represents true terror to me; something felt in my bones since I was a kid. This new film feels more like a way to attract a younger generation to these movies as opposed to telling a new story about the nature of evil. As ridiculous as some of the other "Halloween" movies are, I think I'd prefer The Cult of Thorn from #5 or the demonic masks from #3 than another attempt to shove Myers into the realm of grainy realism. Myers is the Boogeyman, not just some a-hole in a mask. That was my brother.