Lost and neglected animals get a second chance

Dogs are man's best friend, and its oldest friend. At the close of the last ice age dogs were the only animals following us out of the caves (figuratively speaking), and into civilizations. Since those civilizations formed, first in Mesopotamia then spreading across the world, man has added more and more "friends" through the domestication of wild animals. But what happens when these domesticated animals are treated less than friendly in Deschutes County? Well, they go to the Deschutes County Sheriff's livestock ranch, just south of Knott Landfill.

The animals you find at the ranch are there for a number of reasons. January the horse joined the ranch in February 2018 after a neglect case. Jesse, a black goat, was confiscated along with a handful of sheep. Gertrude the pig was lost in La Pine a couple months ago and never reclaimed. 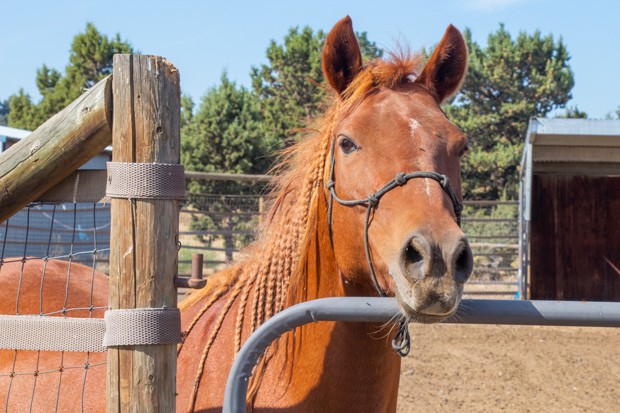 "She just wandered onto someone's property," said Mariya Leufven, field technician at the ranch. "So, what we're going to do is, we're going to give it maybe a couple more weeks, and then we'll do a profile on her and see if we can find her a good home."

Other animals come to the farm at the request of their owners, like when a rooster is hatched rather than a chick or when someone can't take care of their duck.

"We had one that was not unwanted, but he was harassing everyone else in the flock. So, we agreed to take him. And then there was this other case where the gentleman just had one duck and he didn't know what to do and they need to be in a flock," Leufven said.

Most animals do come from neglect cases, and that remains the ranch's primary function. 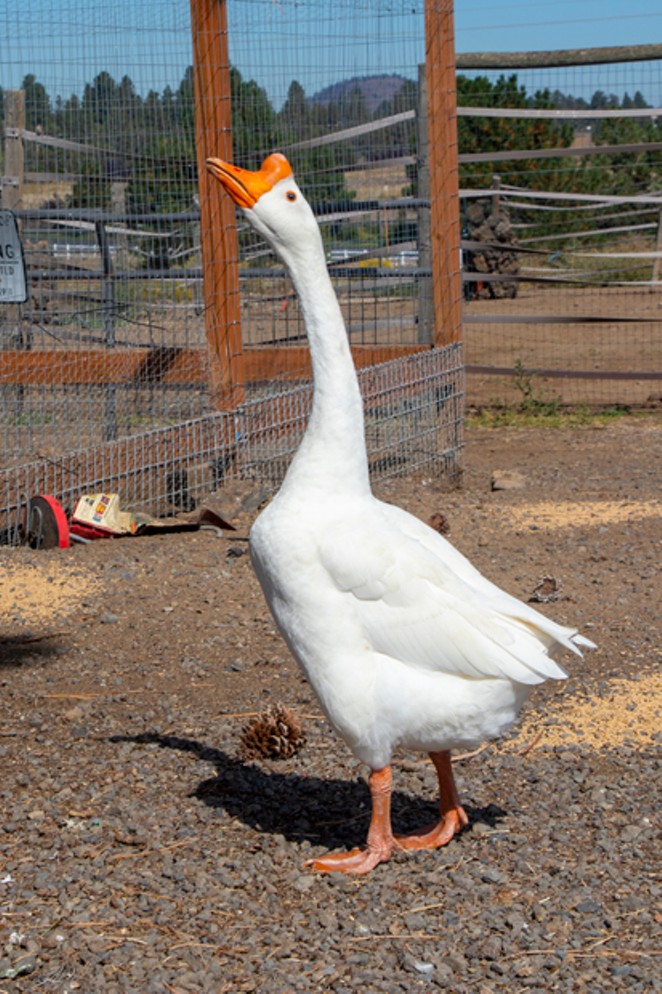 "We had a big case, we had about 83 horses that were seized in a neglect case. Within three days, we went from having 11 horses here to over 90," Leufven said. "Obviously a lot of resources were used for the care and the feed and of course the time for employees to be here. So, we do prefer to keep as much space and paddocks available when we do have those cases come in."

Animals are put up for adoption once they have been brought to good health if they've been neglected, or after a waiting period if the animal was lost. Some animals have a more difficult time getting adopted due to their desirability or special needs. Jesse the goat has been on the farm since January 2019 but hasn't been picked up yet.

"Jesse, unfortunately because he's an intact male goat, it's hard to find a home for a buck. Not everyone wants a buck; they want wethers which are like the castrated version of a buck," Leufven said.

Similarly, January the horse has special dietary needs, preventing her from eating green grass and necessitating a dirt paddock during a lot of the spring and summer.

"January, unfortunately, just has some quirks to work through, so for the time being she's just relaxing here," Leufven said. "It's kind of hard to find a home where she cannot be on pasture whatsoever. Otherwise, she will get more sick and so a dry lot is the best option for her."

The adoption process for these animals is totally free, but applicants must prove they have the ability and resources to take care of the animals. 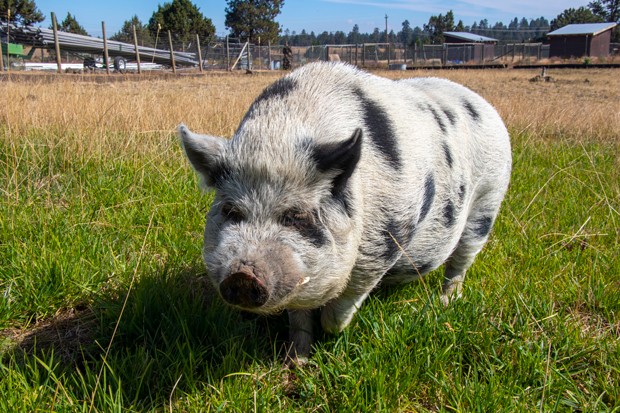 "When an animal is ready for adoption, we will put up a profile. We'll do a Facebook post. And then we also have a page on our website that lists the photos and description of the animal," Leufven said. "A person who's interested in adopting can download a PDF application, fill it out and submit it to us."

The person must pass a criminal background check, a property check, references, vet checks and more before they can take the animal home.

"We look case by case or applicant by applicant to see if it works for that specific animal," Leufven said.