The Show Must Go On... Eventually. Maybe.

Will shutdowns push theater outdoors, or is this the end of the (already struggling) Bend theater scene?

The show must go on! Unless, of course, you happen to be in the midst of a deadly global pandemic. While events hosting under 25 people are now allowed, the future of large-scale events remains uncertain. What does this mean for local theater? 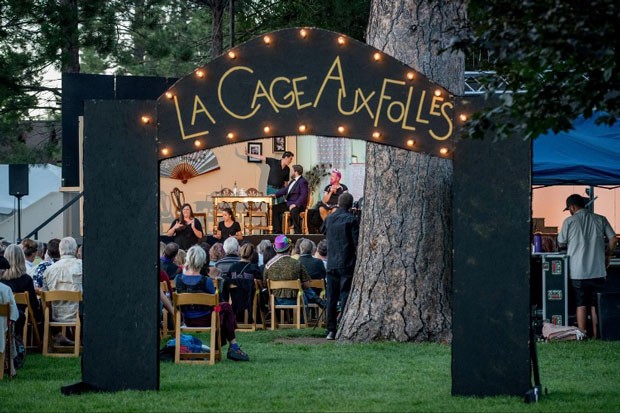 In December, I covered the struggle local artists were facing in finding affordable theater space. Well, guess what? Nothing has changed. In fact, in light of coronavirus-related shutdowns and restrictions, finding adequate space for future performances is more difficult than ever.

Michelle Mejaski is a professional dancer, choreographer and director of Bend's Theater in the Park.

"I've been very fortunate in that I'm able to work with Cascades Theatrical Company as a producer," Mejaski explained. "It's a smaller venue, and it's always booked up, so I can only rent it out a few times a year—if that. The Tower Theatre simply isn't an affordable option for the majority of us. Second Street Theater closed. What I'm really looking for is the opportunity to do back-to-back shows; to bring more performance opportunities to local artists."

Two years ago, Mejaski took over what was previously Shakespeare in the Park—an annual production slated to be phased out completely. "It initially began as a response to the lack of options in this community. I was convinced that we would make musical theater in the park crazy successful," she said. "Rather than just canceling Shakespeare, I took over the operation and we put on "Jesus Christ Superstar" in 2018. The following summer, we put on "Les Cage Aux Folles." Both shows were completely sold out, standing room only. This year we were set to put on "Into the Woods," but sadly, there will be no Theater in the Park this year." (Disclosure: The Source's sister company, Lay It Out Events, produces Theater in the Park.)

“More venue options are what Bend needs, and I know the community will support us in trying to find them. The question is, where do we go? There is no live theatre slated for this summer, as far as I know – none.”—Michelle Mejaski tweet this

Mejaski explained that taking a mandatory hiatus might hurt future productions. "We're hoping that we can financially sustain the event and pick it all up next year. Ideally, we could do more outdoor theater, especially with everything that's been going on. Now would be the perfect time. As far as Drake Park, we're lucky that Bend Parks and Rec gives us one weekend. There are so many rules as far as permitting, everything needing to be shut down by 10 pm; if local community members banded together and looked into additional options, we might get somewhere."

Local actor Ed Victor has participated in several outdoor shows, including "Les Cage Aux Folles" and a handful of Shakespeare in the Park productions.

"Outdoor theatre is great, it's a whole different vibe," he said. "When you come see a play in an auditorium, the house lights go off, the stage lights go up, and that's it. Being outside allows for audience members to relax a bit more and really enjoy the event. It's a fun experience as an actor; you're presented with a new set of challenges."

Victor looks back on Drake Park productions fondly. "Theater in the Park is the best use of Drake I've ever seen," he said. "I wish Bend Parks and Rec would open Drake up for more theatrical use, and it'd be nice if they also considered putting up another type of amphitheater for local artists. I was in "Taming of the Shrew," and the production traveled around to different venues; to an amphitheater in Sisters, which was really cool, and definitely underutilized."

Among its current projects, BPRD has slated Alpenglow Park on SE 15th Street to include a new event space, with a stage—though it's not set to open until Fall 2021, according to BPRD's website. 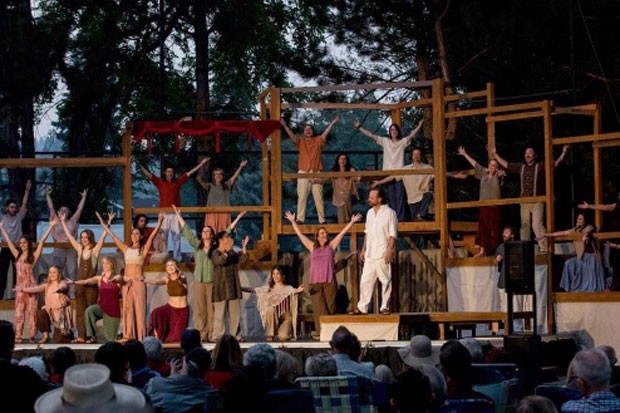 Mejaski suggested that Les Schwab Amphitheater might be a viable option—if she could get in touch with its owners. "You just don't know if you'll finally get a show together, only to have Paul Simon's people call up and say, 'Hey, we want to come to Bend on this night.' You can't compete with the amount of revenue Paul Simon would bring in."

Victor touched on struggles with uncertainty as well. "Everything is still so up in the air. What's going to happen to theater as a whole? Will we have to social distance onstage? As of now, I haven't heard of anything as far as outdoor performances this year. This will be the first summer in five years that I haven't performed outside."

"We just want to make art and present it to the community," Mejaski concluded. "The truth is, we don't have a theater in Bend. CTC is a small venue, a black box theater able to house just over 100 people. Like I said, it's always booked up, it's almost impossible to get into. The Tower Theatre is a movie house; there are no green rooms, no wings, there's no fly system. More venue options are what Bend needs, and I know the community will support us in trying to find them. The question is, where do we go? There is no live theatre slated for this summer, as far as I know – none. Even if CTC does reopen with a limited audience, will people want to wear masks as they sit through a show? What happens when someone coughs, sending the audience into a silent panic? It's time we get creative."