The Smooth Sound of KENZI

Sometimes you hear a voice for the first time that immediately latches on to you—one that you can't help but be thoroughly impressed by. It's not something that happens every day, nor can you quite predict when it will happen, but it happened when I first heard a KENZI song.

Based in Bend, KENZI is the musical project of Spencer Mackenzie Brown, originally born in Kansas. A Central Oregon resident for the past seven months (he first moved to Oregon in 2016, with stops in Hawaii and the East Coast in between), Brown happily calls Bend home. 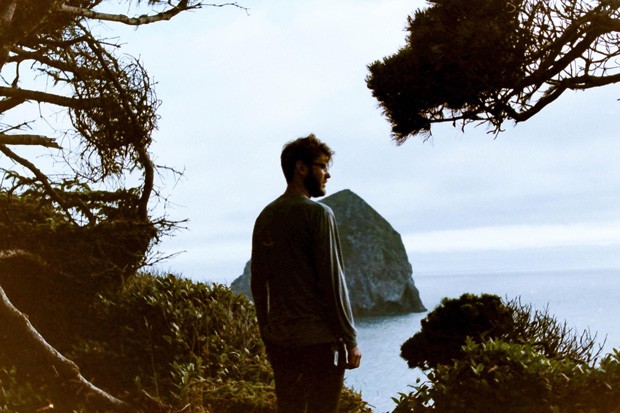 "I've found a community here who fervently believe in what I create. The Kansan in me doesn't allow me to lose awe and appreciation for the mountains, rivers and landscapes we have," said Brown. "I want to fuse my love for the outdoors directly with my music. Oregon is the place for that."

His love for the outdoors can be seen directly in the Andrew Shepherd-directed music video for "Hanging Limb," in which Brown gets dragged blindfolded on the ground. He undoubtedly had dirt and sand in places you never want to have them.

"I needed a fire-hose spray down and I got some strange looks driving back to town and [while] grabbing a coffee at Spoken Moto before a shower. That shirt is still stained in Oregon dirt," he says.

Brown has been making music since he was 16, inspired by seeing The Get Up Kids play in concert. He started out as a guitarist, but immediately fell in love with songwriting. As Brown puts it, he wanted to be Bob Dylan, not Eddie Van Halen. Now 30, he credits his polished sound to "years of trying, trying, trying, trying."

"Nearly everyone around me, including my family, was shocked when I put out my first song (I have crazy stage fright and throwup before shows usually. It's great). My mom is a singer (she has a metal band now) so it was always there," recalls Brown. "Around 20 I wanted to show people I could sing, too, but couldn't get booked... because no one knew me. So, I started hosting house shows in my apartment and put myself on the bill to create my own shows. Somehow, that got me real shows, and years later I was on stage before Leon Bridges. For the young artists: Always get creative to chase your goals—find the back door."

When listening to the KENZI discography, one can't help but hear elements from plenty of corners of the music world. Everything from jazz, folk, electronic, R&B, pop and more can be heard when going from song to song. His latest track, "On Your Own Time," is a great example of that.

To start, the vocal melody was all done in one take without lyrics—which Brown describes as a pretty sweet blessing. The song itself comes in with a strong kick and utilizes a combination of jazzy sounds and modern electronic elements to make for an incredibly smooth listen.

"The song came from a challenging time, as many do. I wanted to convey longing, patience, impatience and understanding all together in a strong cocktail of a song. But it needed to be a hype song you crank in the car to feel better and get through," Brown tells the Source.

Find "On Your Own Time" on Spotify and Apple Music.