The Spirit of Oregon Beer | The Source Weekly - Bend, Oregon

The Spirit of Oregon Beer

A statewide collaboration that catches the Oregon vibe

This Saturday marks the 12th annual iteration of the statewide brewery open house, Zwickelmania. Organized by the Oregon Brewers Guild, Zwickelmania gives beer lovers an intimate peek behind the curtain and into the cellars of breweries around the state. This year, the Oregon Brewers Guild once again organized a state-wide collaboration beer for the occasion. It's available through local collaborators including Bend Brewing Company, Boneyard, Deschutes, Goodlife and Wild Ride. 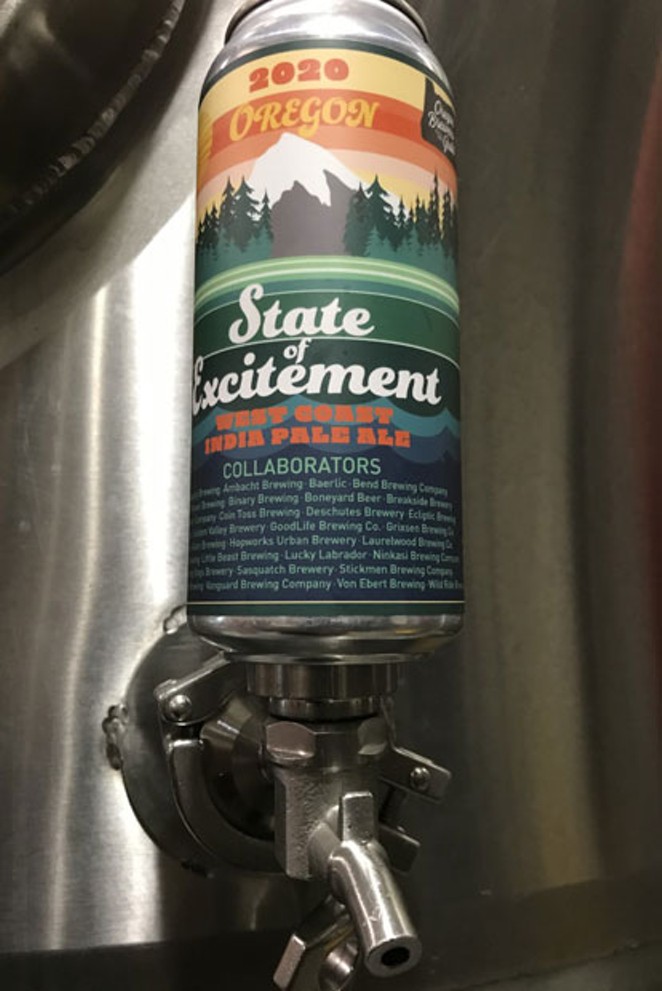 From there, the collaborating breweries had to determine what beer style best represented Oregon beer. They chose, perhaps not surprisingly, a West Coast IPA. A follow-up survey asked about favorite malts, hops and yeast, which helped narrow down the options to a blend of two-row and pilsner base malt with Munich and Crystal 15 malts lending malt depth and color. Amarillo, Strata, El Dorado and Simcoe were the favorite hops of collaborating brewers, and Barbarian, from Portland-based yeast supplier Imperial Yeast, the chosen yeast strain. Industry suppliers generously donated all the ingredients.

Bend's own Deschutes Brewery volunteered to brew the beer at its Portland pub brewery, with Portland-based Craft Canning putting the finished beer into 16-ounce cans featuring labels designed by the talented people at Breakside Brewing. Collaborators hopped on a video conference call in early January, bringing the collaborators together to hash out the final recipe and details before the Jan. 15 brew day.

The finished beer is a classic, golden-hued Northwest clear (a slight unfiltered haze). Hop notes of pine, strawberry and ripe melon ooze out of the glass while a balanced bitterness leads to a clean finish. As a collaborator I may be biased, but at the end of the day, State of Excitement IPA delivers on being greater than the sum of its parts. It's a fantastic representation of both where Oregon beer came from and where it stands today.

As the craft beer industry has grown beyond its pioneer phase and into an era of consolidation, competition and hard seltzer, collaborations like State of Excitement IPA help remind us all that camaraderie, passion and a dedication to true craftsmanship are still the driving force for Oregon brewers.