After living in the flat, humid wasteland that is Florida for three years, I was excited to get on the mountain and try my hand at winter sports upon moving to Bend. My then-boyfriend, a long-time gnar-shredder, was so excited to get me on a board that he took off work to teach me almost as soon as we moved.

After 30 strenuous minutes on Mt. Bachelor, we were screaming at one another full volume.

"Why do you keep falling??" he screamed.

"Because I'm scared!!" I screamed back.

Needless to say, the excursion was about as short-lived as the relationship.

According to Tenley Wallace, one of the women behind She Shreds Snow Camp, this isn't an uncommon occurrence.

"I've heard so many beginning riders say things like, 'I really want to learn to ride, but I don't think my husband or boyfriend teaching me is a good idea," she said. So, she developed the She Shreds camp for everyone from first-timers to extreme riders, geared towards harnessing feminine energy while empowering women in the great outdoors. From April 2 to 5, women of all abilities are encouraged to attend an immersive winter camp dedicated to "optimizing shred in the female body." It will include private snowboarding lessons, yoga practice, a buffet imagined by nutrition guru Wendee Daniels, and the vital support and encouragement of like-minded women.

Wallace explained what drove her to develop the camp. "My love for snowboarding started in 1990," she said. "I was into yoga, dance, martial arts and being outdoors. These things all came together for me when I got on a snowboard." Wallace explained how powerful she knew it would be to combine a women's snowboarding camp with yoga and empowerment practices. "A vision of what was possible flashed before my eyes," she said. "As soon as we put shape, form and a name to it, REI took it up immediately."

The camp will combine a love of outdoor sports with yoga, meditation and a holistic approach to womanhood. "In my entire life, I've only ridden with about five other women, because I'm an extreme rider. I wanted to get off the mountain with the dudes. There's a lot of hesitation for women on the mountain. Not so much physical limitations, but mental ones. We'll focus on harnessing feminine energy through meditative practices."

After entering the mountain biking scene in the mid '90s, Lindsey Richter quickly realized that the world of professional racing was completely dominated by men. A Portland native, Richter moved to Los Angeles after competing on "Survivor." There she met her now ex-husband, a pro mountain bike racer.

"We got married within the year and traveled to a bunch of big races," she said. "I felt inadequate amongst all of these pro riders, like I didn't and couldn't live up to them. I stopped riding as much because I felt intimidated; there weren't many women that raced bikes for fun. I searched for a group of like-minded women for about a decade, while simultaneously getting a lot of really bad advice on biking. Things like, 'Your bike knows what to do.' In 2005 I moved to Bend, and I experienced, for the first time in 10 years, a group of women that seemed to actually enjoy riding."

In 2010, Richter took a certification course at Whistler, put on by the Professional Mountain Bike Association. "For the first time I realized that there was some method to the madness; I was able to articulate mountain biking in an understandable way." In 2013, Richter started her own clinics in Colorado. In 2015, sponsors started noticing the prevalence and importance of female-specific clinics. Her friend and current business partner, Meredith Brandt, had started her own for-fun, weekend clinics in Bend. They joined forces to provide the female community with a safe, non-competitive place to ride bikes and have fun. 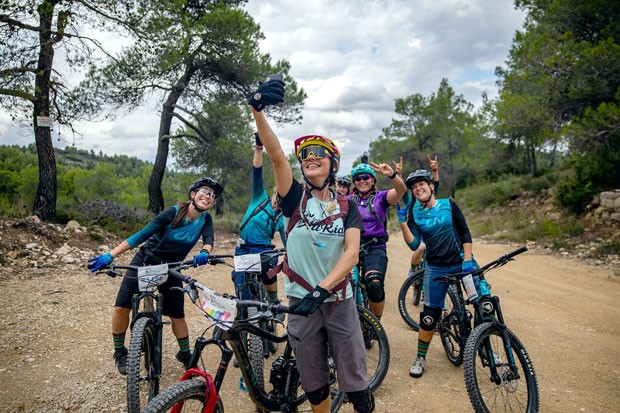 "I started to realize how much mountain biking relates to life," Richter said. "My personality traits were coming to light, things that I didn't know about myself, things that were cool to discover and things that I needed to work on. There's an emotional component behind it; it can help women change their thoughts and really start to believe in themselves. To see their potential through sports."

Emma Maaranen has been professionally racing bikes for seven years, after an injury ended her running career. She quickly discovered that getting her foot in the pro racing door was certainly no downhill coast. "As a professional female cyclist, it's clear that there's still some disparity between the sexes," she said. "This is clear in the lack of support female racers get and in the payout at races. There's an overall lack of inclusion and participation of women in sports like biking." Inspired to help women gain access to races, Maaranen started Lady Swarm, a movement geared toward getting an equal number of women out to biking-related events. 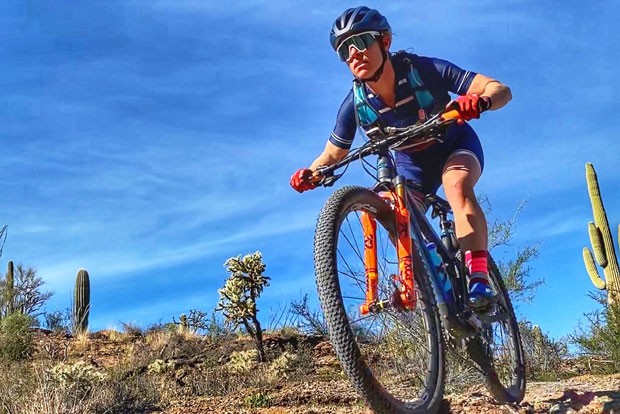 "A lot of female racers feel uncomfortable; they feel alone. Our goal is to create a community where women can connect and actually have numbers at races, so that they feel included, excited and free to have fun." Lady Swarm started a little over a year ago in Bend, offering resources to help get women educated, equipped and excited to ride.

"It's an inclusive community," Maaen shared. "If men want to come, hey, why not. Men can come! We do special get-togethers with women, and I share my knowledge on biking with women who are just getting started. I hold weeknight clinics that focus on race-specific skills, things that might seem kind of trivial but actually can be so daunting that they prevent people from participating in races. Skills like grabbing a water bottle during a race, or accessing snacks. Then we go out together and practice these skills.

"One of the biggest things I want to do is encourage women to come out and race bikes. You don't need to be a pro, you don't need to be the fastest. This community is imperative in the sense that it creates healthy challenges and goals while helping connect you with like-minded people. It's so inviting, inclusive and fun, and there's no pressure to be anyone other than who you are."