The State of Cannabis in Deschutes County—and Beyond | The Leaflet | Bend | The Source Weekly - Bend, Oregon

The State of Cannabis in Deschutes County—and Beyond

From rule changes to overproduction, there's a lot going on in the world of weed 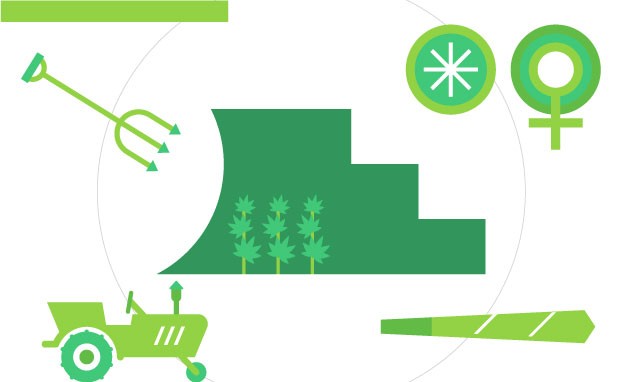 There's a lot going on out there in the world of cannabis, including rule changes at the county level, overproduction, the black market and hemp. So sit back, maybe even light a doob, and read on.

The current Deschutes County Commission, made up of Tony DeBone, Phil Henderson and Tammy Baney, proposed changes for recreational growers this year, to "maintain compatibility with neighboring land uses." Baney's run as commissioner ends this year—and DeBone's up for re-election, and the members of the new commission will certainly reshape the conversation around marijuana in the county.


On Oct. 24, the current county commissioners voted on a number of changes to its rules around marijuana. The new rules exclude marijuana production and processing in the multiple use agricultural zone—which allows certain farming and other things like dude ranches and golf courses—and the Redmond Urban Reserve Area Combined Zone. The new rules increase setback distances, and implement a quarter-mile separation distance from approved marijuana production sites and lands and local governments that opted out of recreational marijuana use.

The commission also made changes to indoor lighting requirements, stating that lights not be visible from sundown to sunup. New odor regulations require a mechanical engineer to sign off on applicants' odor control plans, and state that, "no adverse or noxious odors shall be detectable beyond the applicant's property line." The commission added new rules around water, requiring growers show permits or other authorization proving "water supply of proper classification."

Adding to the growing burden for would-be pot farmers: The Commission's requirement that applicants consent in writing to allow Deschutes County to randomly, and without prior notice, up to three times a year, inspect the applicant's premises to, "inspect the premises and ascertain the extent and effectiveness of the odor control system(s)."

The amendments acknowledged that Deschutes County's Right to Farm ordinance—with its purpose to "protect farm and forest-based economically productive activities" states that "farm and forest uses sometimes offend, annoy, interfere with or otherwise affect others located on or near farm and forest lands," and that persons located nearby must "accept resource uses." The amendments go on to state that the Right to Farm ordinance does indeed apply to marijuana, but that the County may impose "reasonable regulations on marijuana production, processing, wholesaling and retailing."

According to the 2018 Oregon-Idaho High Intensity Drug Trafficking Area Report, Oregon's estimated annual production is about 2 million pounds of marijuana, or about $6.7 billion worth of bud. In the same report, Oregon's annual state consumption demand was reported as between 186,000 and 372,000 pounds. This leaves an oversupply of between 265,000 and 1.8 million pounds, according to Oregon State Police.

The Oregon Department of Revenue published figures in July that showed the state has collected $173.1 million cumulatively in the last three years from "marijuana taxes." However, according to the HIDTA report, the glut of cannabis stockpiles stemming from overproduction has caused a 50 percent annual price drop since 2016.

From July 2015 through January of this year, the HIDTA report said nearly 15,000 pounds, or roughly $48 million of cannabis from Oregon, was captured out of state, most often en route to Midwestern states, Florida, Texas and Maryland. The same report said Jackson, Multnomah, Josephine, Lane, Deschutes and Washington are the counties most heavily associated with exportation activities—determined by using network analysis, frequency and volume of seizures.


Between July 2017 and March of this year, according to information in the report, cops seized over $861,000 in marijuana attempting to move through the Portland International Airport.

With recreational grows already heavily regulated and tracked, some law enforcement officials point to medical marijuana as the source of much of the over-production in the state, and say there's not currently an effective way to police medical growing operations. A few rule changes appear to be aimed at addressing those concerns.


Effective Oct. 1, medical growers have new limits on how many immature plants they can have. Growers in the city limits zoned residential can have no more than 72 plants fewer than 24 inches high, unless they're grandfathered in—registered before Jan. 1, 2015—in which case they may have 144 plants. Growers outside city limits (not zoned residential and not grandfathered), can have 144 plants. Grandfathered growers may possess 288 immature plants.

The Oregon Health Authority also updated the tracking system for medical growers that went into effect on July 1. A grow site that has three or more registered patients must use the Cannabis Tracking System, a daily tracking system administered by the Oregon Liquor Control Commission. Sites with fewer than two registered patients are required to submit monthly reports to the Oregon Medical Marijuana Online System.

Driving east of Tumalo, you may notice large seas of green. Recreational pot farms have to grow inside greenhouses in Deschutes County, so what you're seeing are hemp fields. There are nearly 50 active hemp-growing registrations in Deschutes County, according to the Oregon Department of Agriculture. Industrial hemp, according to a 2016 Oregon law, is all non-seed parts and varieties of the cannabis (sativa) plant that contains an average tetrahydrocannabinol (THC) concentration, not exceeding 0.3 percent on a dry weight basis.


Industrial hemp growers don't have to follow the OLCC laws about how much they can produce—it's also legal under federal law—and they don't have to grow indoors, either. According to a report by the Insurance Journal, about 50 percent of the hemp produced nationwide is grown for CBD, or cannabidiol, extraction for use in everything from cosmetics to chocolate bars to beer and pet treats.

This fall, the Deschutes County Commission added more regulations around odor control, increased setback distance and other elements to the rules already on the books for growing marijuana.

In November, the makeup of the Commission will change, with the election of at least one—if not two—new commissioners. Whoever sits on that commission will get a say in how the county moves forward with marijuana regulation. Voters in Deschutes County will elect two of four candidates: Position 1 pits incumbent Republican Tony DeBone against Democrat Amy Lowes, while the Position 3 race includes two newcomers, including Democrat James Cook and Republican Patti Adair.

Here's what those candidates had to say about the prospect of changing marijuana regulations in the county, at a recent debate. 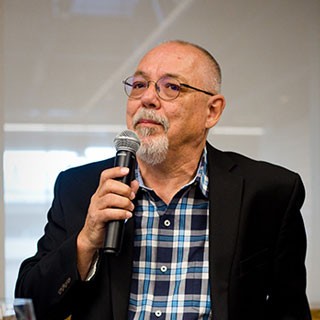 "We're already the strictest regulations in the state of Oregon. I think we're sitting on the borderline of actually getting pushback if we try to expand those regulations. Quite frankly, I don't think the board is going to accept all those expansions; they've basically thrown out basically everything that's under consideration. But I think if we did go with all of them, we'd either lose our right to regulate at the state level or we're going to be spending a lot of time at the Land Use Board of Appeals or in the courts. And I'd rather not spend my first two or three or four years as a commissioner trying to walk back some of the overreach that might happen." 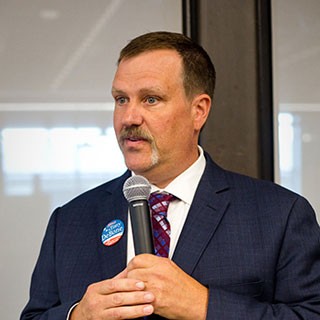 "So the facts are, the state said it's a crop to be grown on farmland. We asked for a reasonable time, place and manner opportunity; we put those in place, and I absolutely committed to one year later, let's look at that. Right now we have kind of a smorgasbord of ideas in the rule changes and it's already been mentioned—I don't support everything that's in there, and we're going to have a negotiation in the end here that we have to work that out." 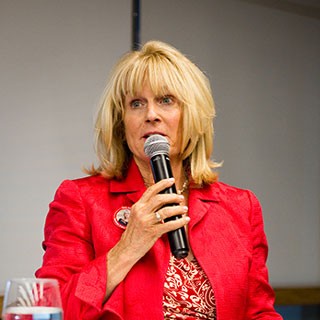 "In Deschutes County some residents have been surrounded by marijuana grows on all three sides—that means that their property no longer has a value. I do realize that we have to work together with the growers, but the regulations that the county planning staff put up the other day, I feel are something that should be seriously considered." 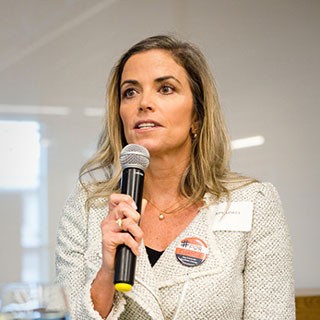 "In fact, yesterday the Farm Bureau released a statement and they said that the commissioners exceeded the scope of reasonable regulation and set a dangerous precedent for all agriculture. They said it's painfully unreasonable to require odor and noise abatement plans and extensive engineering to protect neighbors from a farm crop in a farm zone. So I think we need to be realistic about it, I think we need to look at the science behind it and we need to support this and distribute this. It contributes to our diverse economy."