The Tables Have Turned | The Source Weekly - Bend, Oregon

The Tables Have Turned

When Patrick Smith first envisioned owning a record store, he dreamt of outfitting the shop with stage lights, hosting local bands and making the store feel like a concert hall. Little did he know he would become a record store owner during the pandemic. 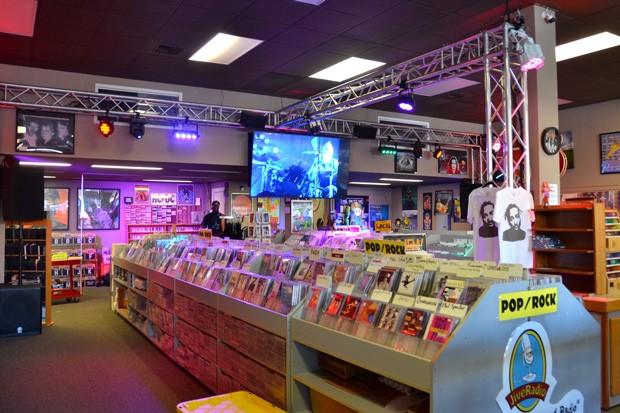 In late March, Smith took over the Downtown Bend staple, Ranch Records, renaming it Smith Rock Records. Former owner, John Schroeder, had been thinking of retiring for over two years, and Smith was ready to take his place, even if that meant taking over during a pandemic.

Smith has been ingrained in the local music community for much of his life. He grew up in Bend, managed Stereo Planet and works in concert production.

"Music has always been part of my life," Smith said, who plays the drums, guitar and a little bass. "I still have records from when I was a kid, and I got records from what (Smith Rock Records) started from."

Before Ranch Records was founded, longtime Bendites like Smith bought their vinyl at a store named "Great American Plant & Record" and later "Paramount Records" on the corner of Franklin and Bond. In 1996, when Paramount closed, Schroeder enlisted a partner to open Ranch Records, with one location in Bend and the other in Salem.

Eight years ago, Schroeder bought out his partner and became full owner of the Bend store, while his partner kept the Salem location. This June, the sister store in Salem shut its doors, and Schroeder and Smith decided it was time to let the "Ranch" name fade.

"It's just time to close the chapter on (Ranch Records) and start fresh," Schroeder said. 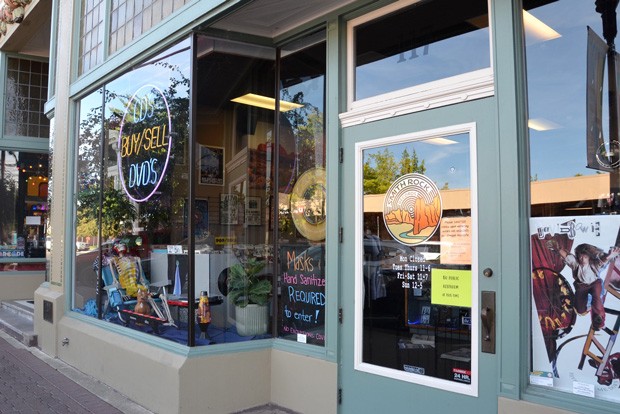 As owner, Smith chose the new name both in reference to his last name and the nearby climbing and hiking destination. Smith is also a former climber.

"I won't say (Smith Rock is) out my back door, but I step out in the morning and I see it," Smith said. "I think the new name just tied (the store) to this whole area."

Smith's first few months in business were slow due to COVID-19. Schroeder had already laid off all of the store's employees, yet Smith had to keep the doors open to refund concert tickets. Smith has been trying to increase inventory but is dealing with abundant backorders due to the pandemic.

During this time, locals have had time to clean out their homes and bring their used vinyl to the shop. Smith said that during his first few months in business die-hard vinyl collectors still frequented the store, allowing him to keep the lights on. Smith finally started to see business pick up with the summer tourism season.

"The tourists are coming in, not being able to find albums in their city because stuff is shut down, and they're just going crazy," he said.

In late August, vinyl collectors woke up early to line up at the store for Record Store Day, which was separated into three days (Aug. 29, Sept. 26 and Oct. 24) to avoid crowding at indie record stores across the country. Locals grasped the opportunity to get their hands on one-off pressings. 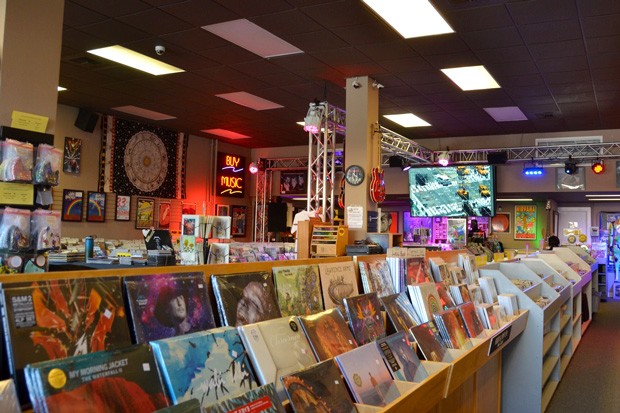 Outside of Record Store Day, Smith hopes to fill the shop with obscure titles and specialize in the vinyl "you can't get on Amazon," he said. While his dream of hosting live concerts is a long way off, he already set up stage lights and movie screens around the store and revamped the stereo system.

"I'm an audio nut," Smith said. "Things have to sound good. When I listen to music, I can't listen on a cell phone or little Bluetooth speakers. I'm spoiled. I've got surround systems in pretty much every part of my house."

Smith will host local musicians when it is safe to do so, though until then, he plans to screen music documentaries and old concerts. With the Vector Volcano Arcade next store and the last Blockbuster nearby, Smith is loving being a part of retro Bend.

He added, "We really want to make part of downtown just a little brighter."


Correction: In the print version of this story, we stated that Stereo Planet is now closed. The downtown Bend store is still open. We regret the error.