The Taste of Progress

Have you ever enjoyed a cocktail and tried to order it again, but couldn't remember what was in it? A few years ago I was at a swanky cocktail bar in the Southwest when my partner fell in love with a cocktail that was so aggressively smoky and tobacco-infused it had to be made by a hipster bartender in a three-piece suit and a mustache so waxed you could hang your keys on it. Back in the Pacific Northwest, he tried ordering that drink. The bartender asked, what did it taste like? My partner responded, "It was like the Industrial Revolution; it was the taste of progress." I laughed and looked at the bartender, asking, do you even know what he means? 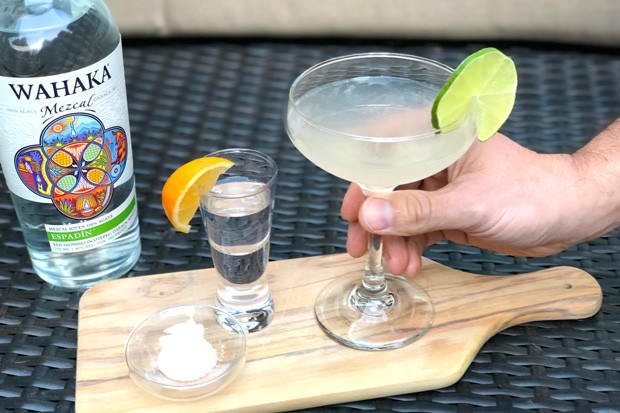 "Not really," said the bartender, "but was it smoky?" We both replied yes. The bartender came back with a mezcal margarita. While it was sweet, there it was: that gritty taste of progress. It reminded me of my dad's work. His company produced slitting lines for the steel industry. That mezcal tasted like hot metal, oil and hard work.

Mezcal is made from agave like tequila, but it's very different. It can be made from any agave species, while tequila can only be made from blue agave. To make mezcal, the piñas, or hearts of the agave, are cooked in underground pits—hence that smoky flavor. After cooking, the agave is crushed, combined with water and allowed to ferment. To understand the difference between the two spirits, think of mezcal being to tequila what scotch is to whiskey.

The first time I shopped for mezcal, six or so years ago, there was exactly one bottle available in the local liquor store. When I shopped today there was an entire section. I chose a bottle of Wahaka Mezcal because it included detailed production notes. It's made from espadín agave, cultivated in Oaxaca, cooked for three to five days in an earthen pit using ocote (pine) wood, crushed in a tahona (circular millstone), fermented 10 to 12 days in pine vats with wild yeast and distilled twice in copper stills. What that told me: it was made from an agave traditional in popular mezcal. It came from one of eight Mexican states that can make mezcal. And by distilling in a copper pot instead of a clay pot, the spirit would be smoother.

The proper way to drink mezcal is to not think of it like tequila. Lick it, slam it, suck it can stay at university. Pour a finger of room-temperature mezcal into a rocks glass, or if you want to be traditional, a copita, or shallow clay cup. Take a whiff of the spirit before sipping to light up the senses. In between tastes, cleanse the palate with an orange slice. Mezcal is great in a margarita or paloma, but take it further and use it as a gin or scotch substitute in your favorite recipes.