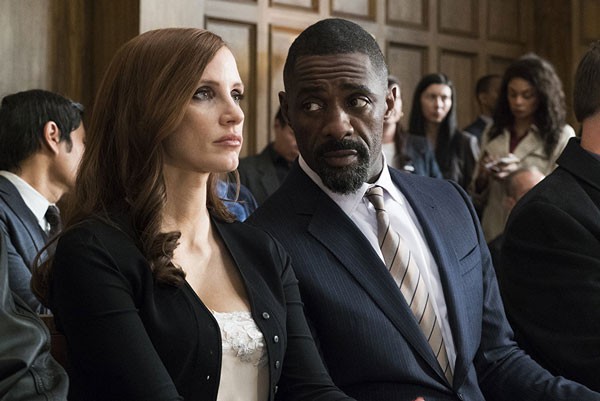 Here we are, smack dab in the middle of winter—a time when many people are snapping on their bindings and winter gear to ski, snowboard or snowshoe. Meanwhile, others look for warmer and less-physical ways to break our legs. High stakes poker with the Russian mob, perhaps?

Based on the trippingly-titled memoir, "Molly's Game: From Hollywood's Elite to Wall Street's Billionaire Boys Club, My High-Stakes Adventure in the World of Underground Poker," this film chronicles an opulent way to compete at the highest levels of a sport.

Molly Bloom was an Olympic-level skier whose career ended in her early 20s after a death-defying wipe-out. Before starting law school, she stumbles into the world of underground high-stakes poker and finds she has a knack for organizing, promoting and eventually, banking the games. "Molly's Game" takes place across two timelines: one in which we see Molly's rise to the heights of wealth as she creates the perfect experience for powerful men on both coasts, and the other where Molly is broke and being targeted by U.S. prosecutors for organizing illegal games.

The irony of the story is that Molly so expertly cultivated these card games (down to curating each player), that her client list became a who's who of actors, bankers, mobsters and power brokers. As played by the always captivating Jessica Chastain, Molly becomes the ideal woman to most of the men who populate her games. When she finally gets arrested, the FBI doesn't really care about her; it's the list of her clients they really want—but the feds will take absolutely everything from her to get it. Watching a powerful and intelligent woman get destroyed by men chasing after other men is about as depressing as it sounds.

Written and directed by Aaron Sorkin, "Molly's Game" carries his trademark dialogue across its entire 140-minute run time. Best known for creating "The West Wing" and "The Newsroom," while scripting films such as "The Social Network" and "Moneyball," Sorkin relishes snappy dialogue and highly intelligent characters. Sorkin's detractors complain that his authorial voice is so strong that all of his characters sound the same. That can sometimes be true, but "Molly's Game" doesn't fall into that trap too often.

Sorkin layers so many themes throughout the film that it can be hard to tell what exactly his point of view is, aside from it being entirely Molly's story. There are threads of drug and gambling addiction, father issues, tabloid journalism, the Russian mafia, the cult of celebrity and the importance of morality in a cutthroat business. Yet the film is so perfectly paced that by the time the final credits roll, it's hard to complain about the movie needing a tighter focus.

"Molly's Game" isn't perfect, but it's wildly entertaining and a fairly effortless time at the movies. You won't leave the theater with a deeper understanding of underground poker but, due to Sorkin's obsession with character, you'll feel like you know the real Molly Bloom. Whether that's true or not might actually be the long game Molly's been playing all along.