The War Wages On

Oregon will have 11 dedicated opioid treatment centers by 2019. Where—as a city, state and as a nation—are we in this raging opioid epidemic? 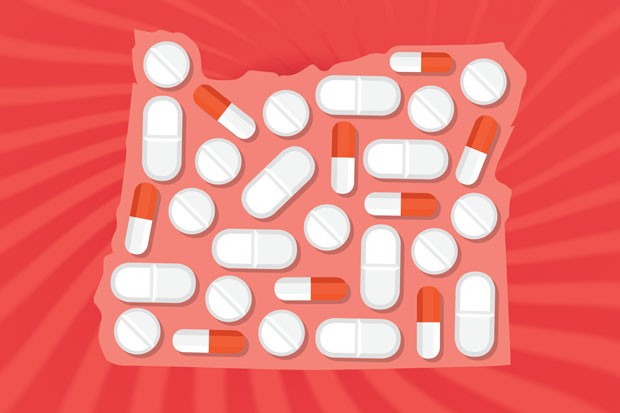 The United States is being crippled by a growing—yes, growing—opioid crisis. There was a staggering 21 percent surge in drug overdoses in 2016, the last time the Centers for Disease Control and Prevention released official figures on record, with 64,070 deaths attributed to drug overdoses in the U.S. Of those, 75 percent were from opioids. Whether legally prescribed for pain, bought on the street as heroin or increasingly, shipped from China as synthetic Fentanyl, opioids are seemingly America's drug of choice.

Illegal drug use comes and goes in waves—marijuana starting in the '60s, LSD in the '70s, cocaine in the '80s and methamphetamine in the '90s. Opioids have been the newest staple of this still-young millennium. Yet statewide, opioid addiction seems to be experiencing a decline.

"We have been proud to see the CDC report in March that Oregon saw the steepest decline in prescription opioid-related deaths between 2015 and 2016," says Saerom Williams from the Oregon Health Authority, the go-to expert in Oregon's handling of the crisis. "We experienced a decline of 17 percent. This is when many states are still experiencing increases," she says. The state where deaths have been highest: West Virginia, followed by Ohio, New Hampshire, Pennsylvania and Kentucky, according to the CDC. "No area of the United States is exempt from this epidemic," wrote CDC Principal Deputy Director Anne Schuchat in a March 2018 report.

Statistically, those most commonly overdosing are males between the ages of 25 and 44, according to a 2016 CDC report analyzing data from 31 states, including Oregon. Troubling was that the overdose rate from synthetic opioids more than doubled, likely driven by cheap and easy access to Fentanyl from China. Opioid prescription-related deaths increased by 10.6 percent while heroin-related overdoses increased by 19.5 percent.

Williams boasts of the various strategies Oregon is employing. "The Oregon Health Authority has been leading the state Opioid Initiative for several years now," she says, "focusing our work on four major strategies: better and safer pain management, improving addiction treatment and naloxone access, reducing the number of pills in circulation through prescribing guidelines and other supports for prescribers, and real-time data (where possible) to track our progress and challenges."


"And then eventually my idea of fun became one not of training and being on the trails but one of chasing cocaine dealers around town at 2 am, trying to get high. I let everything go. And so, I ran away from Bend." —Spencer Nuwell tweet this

Dr. Kimberly Swanson, behavioral health director at Mosaic Medical in Bend and chair of the Pain Standards Task Force, seems to agree that doctors are getting the message. "There has been a 59 percent decrease in opioid prescribing," says Swanson, who says the reduction was quantified from Deschutes County statistics from early 2014 to late 2017.

Swanson says the reduction can be partially accredited to the Oregon Health Policy and Research's Health Evidence Review Commission Low Back Pain Guidelines, released in 2016, giving doctors advice on how to manage pain without opiates. According to the CDC, an estimated 100 million Americans live with chronic pain. Since the 1990s, go-to treatments have included opiate drugs such as oxycodone, oxycontin or hydrocodone.

Between 1999 to 2014, the rate of opiate prescribing quadrupled. The CDC estimates that one out of five patients with "non-cancer pain or pain-related diagnoses are prescribed opioids," with the biggest reasons for prescribing being pain management (49 percent), surgery (37 percent) and physical rehabilitation (36 percent). Though, primary care providers are attributed to prescribing more than half of opioids.

Research into alternatives in managing chronic pain have been slow going, mostly because scientists still don't know the complete science behind chronic pain. The common theory is that the body has multiple pathways to the brain regarding pain receptors, which in turn, means multiple pathways addressed by painkillers, according to research conducted by the American Public Health Association. So, if researchers don't know which neural pathway is causing pain in each person, they turn to the one-stop numbing solution: opiates.

When faced with treating short term pain, doctors are now trying to employ alternative strategies so that opioids are not the first go-to method. Alternative therapies such as physical therapy, talk therapy, acupuncture, massage, yoga and chiropractic care have increased.

Data in Deschutes County corroborates these stats. Swanson from Mosaic Medical states, "By Q4 of 2017 there has been a 64 percent increase in requests for all of these services combined."

Insurance is still hesitant to pay, however. Swanson notes, "Medicare does not cover many alternative pain management services," and adds, "Central Oregon does not have a comprehensive, multidisciplinary pain treatment center." She also notes that those who live in rural areas in Crook and Jefferson counties need to travel long distances to Deschutes County to access alternative pain management services. A round trip can span hours, a few times a week. No wonder prescribing a painkiller seems like the path of least resistance.

But still, Swanson does acknowledge the aid being given to the region and says, "access to medication-assisted therapy, the gold standard treatment for opioid use disorder, has increased." She also says, "health systems in Central Oregon are adopting several treatment strategies such as group visits and adding movement classes in primary care."

District Attorney John Hummel, who last year began his pilot program, "Goldilocks," aimed at giving treatment rather than incarcerating those found with "user quantities" of felony-type hard drugs, says 92 people have entered the "Clean Slate" part of his program and that two are being prosecuted in the "Deter" part of the program. He's unsure if he'll continue the project until he gets better stats—probably in the fall of this year.

Apart from statewide decline, Williams from OHA says the state-funded Oregon Recovery Treatment Center, which has locations throughout central and rural Oregon, including Bend, was granted $1.28 million this year to expand opioid treatment and service capacities. They recently opened a clinic in Springfield and plan to open a Pendleton location later in the year. That center has been plagued by what Williams says are "workforce challenges.... common in rural areas." Overall there will be 11 centers dedicated to opioid related disorders in Oregon by 2019.

And just how many folks are taking advantage of that Bend clinic? Since May 2017, 202 patients have walked through the doors for opioid specific treatments. Where they are now though, is harder to quantify. 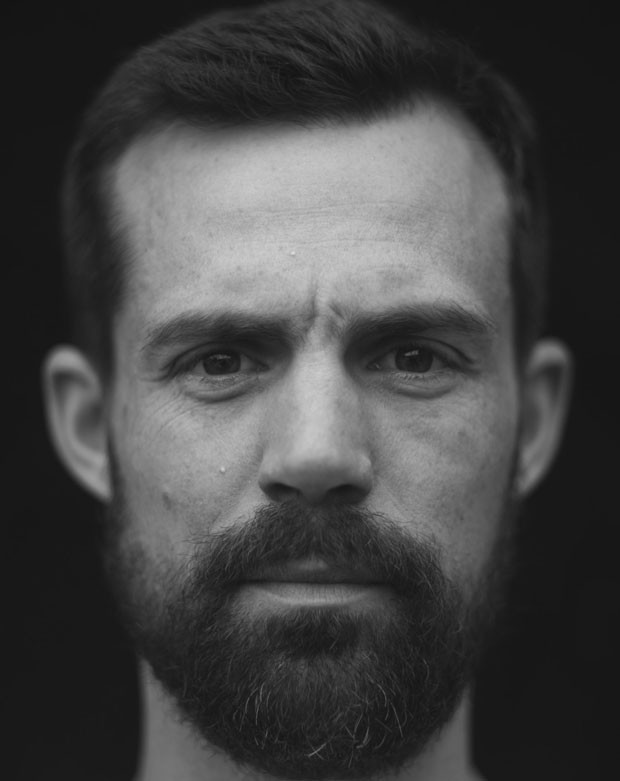 "I reached a boiling point. I was working 80-hour work weeks peddling real estate in Bend," says Spencer Newell, a Bend-based ultramarathoner now turned triathlete, who knows the trials and tribulations of addiction. He wrote the book, "Appetite for Addiction," released this year.

"I was blind drunk when I walked through those doors. My fiancee had just accused me of cheating on her. I got home, took my phone out, threw it against the wall, grabbed a bottle of Percocet (an opioid pain reliever) and sat there screaming and crying, ready to end my life." Newell says if his friend hadn't been home that day, he wouldn't be here now. "Brian threw me in the car, I was a complete wreck and brought me to the ER of St. Charles. I got checked into Sage View [Psychiatric Center] for the next week." This was Newell's first stint at Sage View. There would be another visit a year later.

"There was just this buildup of internal pain that I haven't acknowledged for all those years and finally it accumulated to a boiling point. I couldn't take it anymore." Newell says his troubles began, like most addicts, in childhood. "I went to a ski school growing up, surrounded by wealthy kids. I was an introvert surrounded by kids I couldn't connect with, so I used alcohol to become this gregarious, confident character."

"I'm a speed guy. But it quickly turned into anything that would keep me going through my depression." Newell learned he could visit oral surgeons, schedule wisdom teeth removal surgeries solely to get prescribed opiates before the surgery. "I never had them removed," he laughs, "I found out how to play the system instead."

Once in Sage View, "It was like living in a cell," he recalls of the tiny rooms with whitewashed brick walls and plastic sheets. "My cell phone was taken, I had no access to the outside world for a week."

His ego protested. "I looked around the room and there was 12 of us in there and I was definitely the most functional. I thought, 'what the hell am I doing in here among these crazies?'

"There were people that were huge cutters, schizophrenics, those on suicide watch 24-7 a day, bipolar... One woman even accused me of raping her. I found out she had accused pretty much everyone of doing that. So I thought I was pretty normal."

Two days later, experiencing heavy withdrawal, Newell realized he was at his first rock bottom. He would drive himself, hammered, a year later, back to Sage View, because he wasn't ready to utilize the tools the psychiatrists and therapists had given him for his depression. After the second stint he was sober for six months, then drunk for another three. It would take more than three rock-bottom moments to get him sober. A three-day blackout bender nearly seven years later, in which he locked himself in his Corvallis apartment, would be the final catalyst for sobriety.

"I originally moved to Bend for the aura and the mystique of it all," Newell says, "For it being an absolute playground. And then eventually my idea of fun became one not of training and being on the trails but one of chasing cocaine dealers around town at 2 am, trying to get high. I let everything go. And so, I ran away from Bend." 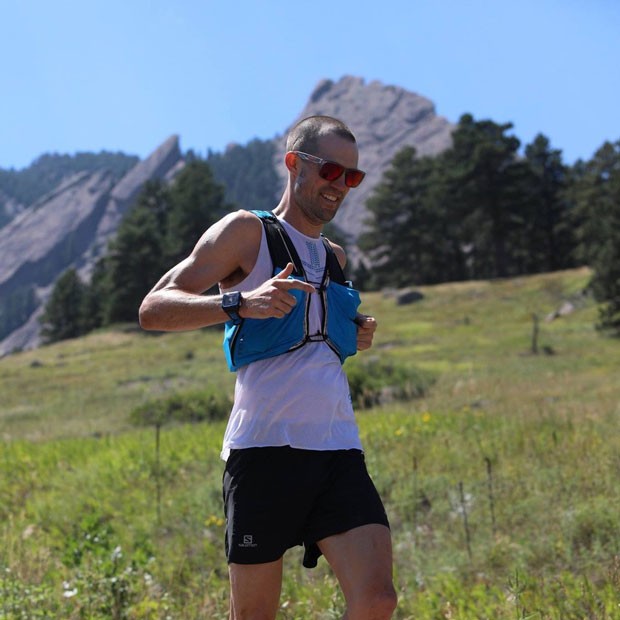 Now more than four years sober, Newell's counseling others on how to deal with addiction. "I once loved getting hammered by myself. And if I get lazy, if I let my guard down, I can be right back where I started," he says. "Every day I choose to be sober."

Newell lost everything in the global financial crisis of 2008. He's scheduled to be featured this week in NPR's Marketplace's "Divided Decade" series and is completing his first half-Ironman later this year. He says exercise has been a key component in his recovery.

"Getting sober is not a linear process. It's not an A to B thing." Newell says he knows of addicts who celebrate being sober for a year with a drink. He laughs, "It's not a finish line goal. A lot of people get caught up in it but you're never finished with sobriety or your addiction. When an addict is unchecked, that's when things go haywire."