The World Needs Its Helpers Even More Than Ever | Editorial | Bend | The Source Weekly - Bend, Oregon

The World Needs Its Helpers Even More Than Ever 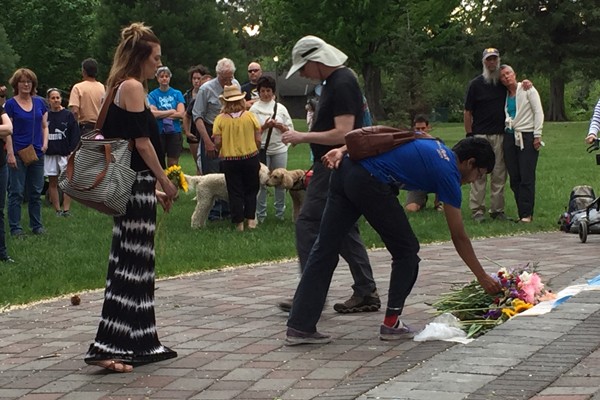 As the city of Portland reels from the horrific stabbings on a Trimet MAX train last Friday, the rest of the state is reeling too. As the Memorial Day weekend kicked into high gear, three men stood up in defense of two teen girls, one who was wearing a headscarf, when a man, later identified as Jeremy Joseph Christian, tossed out verbal slurs and told them to "go back to Saudi Arabia." Police now say Christian was a violent felon accused of hate speech in the past. Reports from friends say he may also have been mentally unstable.

These men are heroes and should be held as martyrs, willing to stand up for all Americans' First Amendment rights. Do not let their deaths detract you from doing the same—even in Central Oregon, where many people still falsely believe that racial, sexual and other forms of discrimination don't affect people. They do. tweet this

One of the teen girls, who has said she herself is not Muslim, has since thanked the men publicly for putting their lives on the line for the girls. The men are heroes, and they paid the ultimate price for standing up when they witnessed someone being targeted for their appearance and/or religion.

This tragedy begs the question: What would you do?

Does the fact that these men lost their lives defending the girl's right to practice a tenet of her religion make you more likely, or less likely, to stand up for someone else, if the situation were in front of you?

In the United States, where most of us are insulated from the horrors of war, and where some of us are further insulated from the daily onslaughts of racism, sexism, or other discrimination based on appearance, it can be easy for some of us to simply walk away, to move further down the train, or to get off the train all together. These men didn't. And you shouldn't, either. The fact that this incident ended in tragedy is terrifying, to say the least. But at this moment, we cannot, as Oregonians and as Americans, let fear overcome us. We would all do well to learn and practice skills of de-escalation, so that when presented with potentially volatile situations, we have more tools to bring down the energy of that situation. Working toward a solution is still more noble than walking away.

Today, those men's families are mourning. Today, too, however, a Muslim girl and her family are understanding that a team of complete strangers was willing to defend their freedom of religion, baked into the fabric of the United States through the First Amendment.

These men are heroes and should be held as martyrs, willing to stand up for all Americans' First Amendment rights. Do not let their deaths detract you from doing the same—even in Central Oregon, where many people still falsely believe that racial, sexual and other forms of discrimination don't affect people. They do.

Whenever possible, do what you can to keep it calm and keep it civil—but keep standing up for your neighbors' civil rights, too.