The Year in Hemp

The year 2019 was arguably the biggest year for hemp since it was criminalized in 1937. The passage of the Farm Bill in 2018, along with the skyrocketing interest in—and availability of—CBD made from hemp has been explosive, yet uneven.

Much as with cannabis, rules and regulations for hemp vary from state to state. Federal regulators and law enforcement are over-reaching and the regulatory framework needed to allow the industry to grow and thrive has been painfully slow in coming. And then there's the Food and Drug Administration. 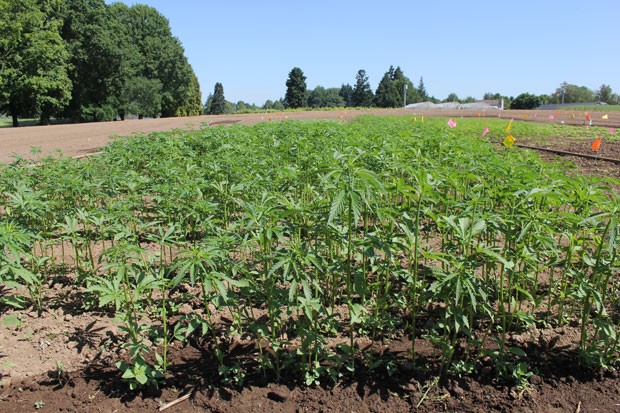 Hemp is a non-psychoactive variation of cannabis, with the most popular product it produces being CBD, often coming with no more than the federal limit of .3% or less of THC. Any more THC makes it "marijuana," a federally controlled Schedule 1 substance. While CBD remains the most valuable part of the plant for now, it's worth remembering that hemp is a wonder crop with the known capacity to produce and replace thousands of products, many of them petroleum-based, with lower carbon and chemical footprints.

But it's not hempcrete you'll find at minimarts, grocery store shelves or online through countless providers; it's CBD. Analysts are bullish on the future sale of this cannabinoid, with one report predicting that CBD sales in 2019 will hit between $1.1 and $1.3 billion in retail sales, an increase of 133% over 2018 sales. Another report predicts CBD sales hitting $23 billion by 2023.

That comes with some major caveats. CBD turned up in every conceivable product this year, some dubious AF, often in states they were not regulated to be in, and/or with numerous claims of benefits, which also violated rules. So, CBD is legal everywhere, but each state has rules about the products in which it may be placed? No. Yes. Maybe?

The cannabis website Leafly compiled a list of CBD legality by state, looking at rules involving "unlicensed CBD products only." In 2019, Idaho, Iowa and South Dakota made CBD illegal in any form, while Alabama has virtually no restrictions. In Colorado, it can't be in baked goods, Kentucky doesn't allow CBD in tea, and in Mississippi, it must be a 20:1 CBD/THC ratio.

The year also saw an increase in crackdowns by the FDA, warning companies about making claims for the benefits of their CBD products, and the manner in which they are sold—aka, violations of interstate commerce. The FDA recently sent out letters to 15 companies noting that their CBD-infused lip balms, pet treats, vape pens, body creams, gummies, flavored hemp oils, tinctures, dietary supplements and non-dairy creamers were out of compliance.

Recently the FDA publicly questioned how safe CBD is, or if it even is safe. In November, they said, "It is currently illegal to market CBD by adding it to a food or labeling it as a dietary supplement," and they "cannot conclude that CBD is generally recognized as safe among qualified experts for its use in human or animal food based on the current lack of scientific information to support cannabidiol as a food ingredient."

By saying that CBD is not qualified as "generally recognized, among qualified experts, as having been adequately shown to be safe for the conditions of its intended use," it would need to go through expensive and lengthy premarket approval and FDA review before being sold.

None of this is slowing down investment. Since 2016, hemp production has increased over 700%, from 9,649 acres to 78,176 acres in 2019. There is rare bipartisan support in Washington, D.C., to pressure the FDA to issue rules for the hemp industry, designed to support growth. The FDA has offered vague assurances they are in motion, but critics remain doubtful.

This year also saw the feds telling banks they were no longer "required to file suspicious activity reports on customers who cultivate hemp" with the U.S. Treasury Department, much to the relief of hemp farmers.

And because law enforcement around the country didn't have the resources or expertise to definitively prove if a suspect possessed cannabis or hemp, hundreds of simple possession cases were dismissed or never filed by district attorneys, NBC News reported.