Their Own Drum Beat

With cases climbing, leaders in Warm Springs say they may stay closed, even if nearby counties reopen

May 12, 2020
comment
As of Monday, the Confederated Tribes of Warm Springs reported a total of 15 COVID-19 positive cases within the boundaries of the Warm Springs tribal lands near Madras.

Last week, as cases kept climbing, the CTWS’ Tribal Council approved a number of safety measures, including social distancing and wearing masks, and extended the closure of the tribal government offices until the end of May.

“Tribal Council has chosen health and safety over getting back to making money,” wrote Louie Pitt, the director of government affairs and planning for CTWS, in a statement May 8. “How much is a life worth? We will get back to work but do so in the Warm Springs way, a cautious gradual opening up of government knowing the value of a life.”

On Monday, the Warm Springs Health and Wellness Center set up an orange tent outside the building for drive-thru screening and testing. The center serves about 4,000 people live on the reservation and is available to another 1,300 additional tribal members who live scattered throughout towns in Oregon, including The Dalles and Hood River.


“Masks are a symbol that you love and care about your elders," Louie Pitt, director of government affairs and planning, Confederated Tribes of Warm Springs tweet this
Pitt told the Source that the tribal council erred on the side of overprotection of the people who live on the reservation—especially as the counties surrounding Warm Springs move in the opposite direction. Local governments in Deschutes, Jefferson and Crook counties have been urging Gov. Kate Brown to reopen businesses.

“We do have a lot of pre-determining factors here… obesity, diabetes, mental health, low employment, poverty,” Pitt said. “We are primed for a higher number of cases and that is very dangerous… we have a lot of elderly folks, it’s worrisome.”

According to Indigenous researchers at UCLA and the University of Arizona, the rate of new COVID-19 cases per 1,000 people is four times higher on reservations than in other areas of the U.S. A town within the Navajo Nation inside the state of New Mexico reported one of the largest surges of cases in the U.S. within the past two weeks, according to The New York Times.

As surrounding areas begin to open in the coming weeks, Pitt and other leaders in the community are promoting a strong education and awareness campaign, but he emphasizes so much of it comes down to individual responsibility. The council has not passed any strict enforcement mechanisms for people who are COVID-19 positive and don't want to quarantine, for example.

“You can believe in your version of freedom, but that doesn’t mean you’re immune to the disease,” Pitt said. Pitt noted a lot of pass-through traffic comes through Warm Springs; this may increase as surrounding areas reopen.

“There’s an old Tom McCall saying, he said ‘visit but don’t stay,’ now we’re saying ‘don’t even visit,’” Pitt said referring to visitors on the reservation. Tom McCall was the governor of Oregon from 1967-1975.

A voice from inside Warm Springs 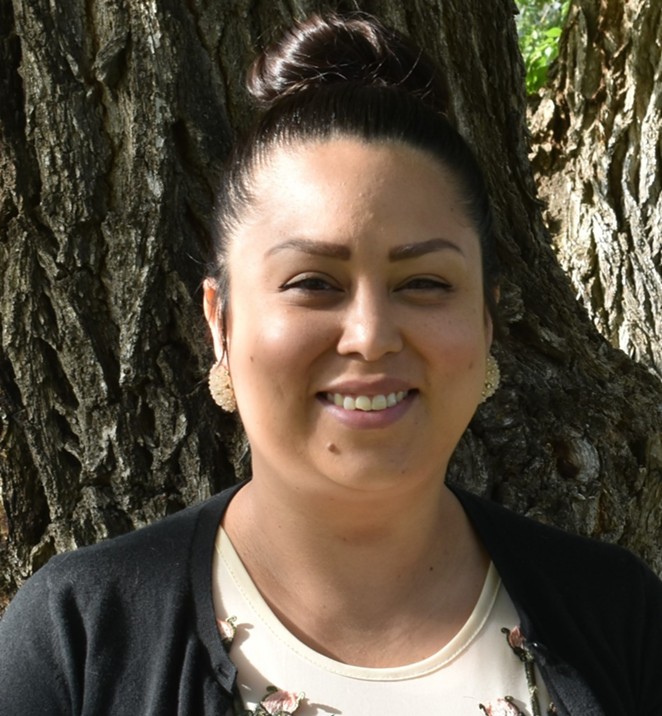 Carina Miller grew up on the reservation in Warm Springs and lives a short drive from U.S. Highway 26. She works as a research analyst for the Warm Springs Community Action Team. The nonprofit works to empower tribal members to control their own destinies and reach their full potential while having enough resources to support their families.

Miller said she has observed more people wearing masks on the tribal lands than in Madras and other nearby towns.

“We’re a small rural community already, so there’s not a ton of contact or high traffic,” Miller said. “The tribal government worked early on to encouraged social distancing, but it was hard because a lot of us are very traditional people; we always have lots of social gatherings taking place.

With local schools in Madras closed through the end of the year, Miller has been meeting with the grass roots organization Unite Warm Springs to discuss the purpose of public education and whether it is serving the children in her community. Miller said the public school system doesn’t allow kids from Warm Springs to explore their native identity and may reinforce discrimination.

“The silver lining is that a lot of community members are coming together right now… doing things we might not be doing otherwise,” Miller said. “It is giving us time to recognize that a lot of the ‘way it is’ in public education hasn’t really been working forever.”

Unite Warm Springs has invested in tools for life-long learning by buying books from native writers and encouraging kids to learn about native artists and explore their own creativity.

The pandemic is illuminating other issues people in Warm Springs were not able to address, because many members live pay check to pay check, living in survival mode, Miller said.

“[Living that way] is not healthy already, this sheds light on wealth inequality, access to health care, mental health and the diversity of education. It’s not just on the reservation… We don’t address poverty in rural Oregon,” Miller said.

Miller will present the findings of her study on tribal economies, and new opportunities for sustainable growth for the people of Warm Springs sometime before the end of the year.

The Indian Head Casino—which is owned and operated by the CTWS—voluntarily closed on March 18, and it does not have a set date to reopen, according to the facility’s website. The Museum at Warm Springs also closed March 18. The Plateau Travel Plaza and Three Teepees Café, also owned by the tribes, has stayed open 24 hours a day since the crisis hit Oregon, with increased sanitization protocols.

Pitt explained that  because the tribes have a mostly autonomous governing structure, they didn't have to follow Gov. Brown’s stay-home orders in late March. Still, the tribes passed a similar order for themselves and the casino.

The casino’s website stated the enterprise would continue to support its employees through the crisis. But its closure could cause financial shortfalls for the CTWS, as it's one of its primary funding mechanisms.

“We don’t have a tax base; there is no payroll tax or property tax—the casino is like our tax,” Pitt said.

While Indian Head Casino did not qualify for the federal government’s Paycheck Protection Program, it is applying for other federal relief, Pitt said.

Tribal governments throughout the U.S. were promised $8 billion in total through the federal government’s Coronavirus Aid, Relief, and Economic Security Act, according to Vox. As of May 6—more than a month after the CARES Act was passed—very few tribes had received funding, and some were forced to compete with others for access, according to ABC News. 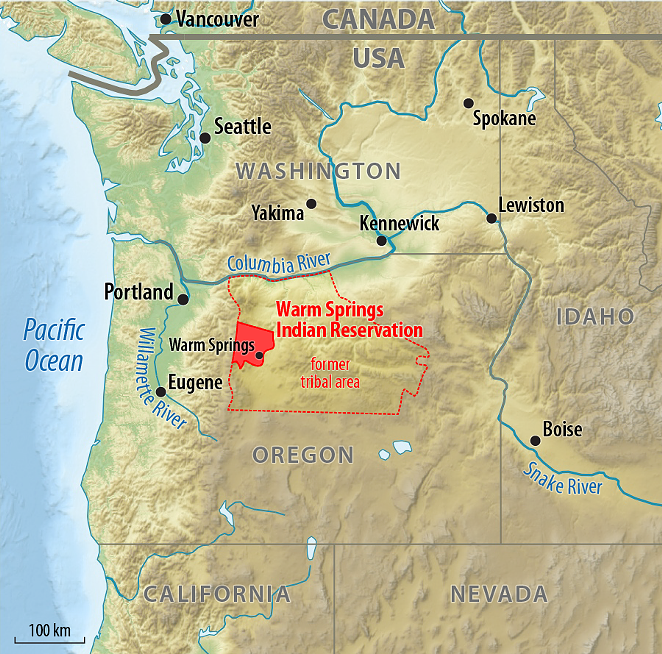 On May 4, about 140 people who live in one area of Warm Spring were told that their water distribution system had lost pressure and therefore may contain dangerous bacteria and microbes. People who got their water from the Schoolie Water System tribal lands were told to boil their water for 3 minutes. The tribal government also delivered affected people an emergency potable water supply. The issue should be fixed in a few days, according to a notice posted by CTWS.

Pitt says that while the timing is terrible with the COVID outbreak on the reservation, the possible contamination is just one part of a very old water system that is breaking down. Every time the utilities department fixes one part of the system, another part breaks, he said. The CTWS tribal council has met with federal, state and private developers to discuss the need for infrastructure improvements, but it could be a 10-year project, Pitt said. The tribes have higher water quality standards than the state of Oregon and its water comes from the Metolius River.

Health of the tribes


The Indian Health Services—which is federally funded—provides direct health care in conjunction with CTWS to thousands of eligible American Indians and Alaska Natives in the Warm Springs area. It runs the IHS Health & Wellness Center which has been operating through the pandemic with over 100 employees. Over half of the “visits” to the center are now done through telehealth, according to a May 8 press release from CFWS.

The wellness center is also experiencing a shortage of personal protective equipment and COVID-19 tests, though it has received some supplies from the state, Pitt said.

Overall, Pitt said that the people who live at Warm Springs must “hear their own drum beat,” and maintain vigilance after leaving and then returning to the reservation, because there is such a large vulnerable and elderly population on the tribal lands.

“Masks are a symbol that you love and care about your elders," Pitt said.