When I rolled into Bend on my Harley in 1951, I didn't know a Pandora moth from a monarch butterfly. It wasn't until 1986 that they both entered my life, but the first to arrive was the moth; the monarchs came later when my wife, Sue, started monitoring the butterflies at Lava Beds National Monument south of Klamath Falls. 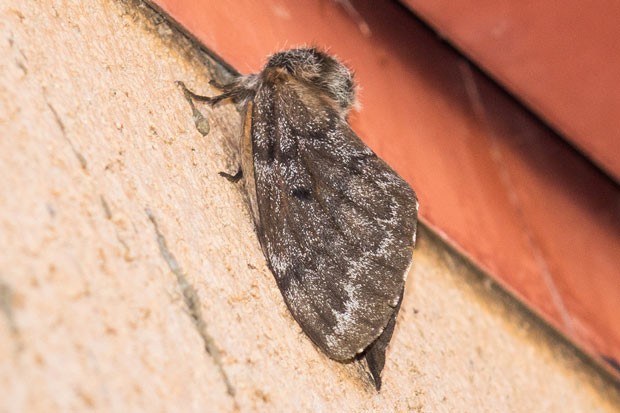 That year the state highway department had to sand Highway 97 south of Bend because of motor vehicles smashing big, fat Pandora moth caterpillars trying to cross the highway, causing the pavement to get as slick as snot on a doorknob.

Right this minute — based on the phone calls and emails I've received —there are a whole bunch of these moths wandering all over the forests.

They've reached their maximum size as caterpillars, quietly pigging out on pine tree needles the last year, and are now down from their forest cafe looking for a place to bury themselves in the earth, where they will undergo what I call the "Miracle of Nature," aka metamorphosis.

Just think, that fat and juicy slug-like animal will bury itself in the soil, weave a silken nightshirt (cocoon) and change into another animal. What gets me is the caterpillar doesn't die.

The life that's in it is transferred to the new animal that will emerge from the cocoon. But unlike its predecessor, the caterpillar, the new animal has three body parts: head, thorax and abdomen, plus sex organs to reproduce, wings to fly, a different breathing mechanism—but no chewing mouth.

If things go as the moth planned, next summer (or the one after, depending on weather) there will be adult Pandora moths all over the place, flying around the night lights and roosting on the walls of our buildings during the day.

The beneficiaries of this bounty are predators such as squirrels, martens and a number of birds. However, there's just enough yellow on the caterpillar to warn birds they may not taste very good and might even make them sick.

But then there are the parasites. If you don't like the idea of caterpillars eating your pine tree needles, please don't go out and buy a bunch of chemicals. There are a host of parasites that just love to lay their eggs in the caterpillars and they take a pretty good toll, and using chemicals will kill the predators and parasites as well.

Also, the bats will think they have died and gone to heaven with all those delicious moths flying all over the place, and you'll have something to entertain you if you have your supper out on the back deck.

And speaking of supper, The Paiute People of California's Owens Valley and Mono Lake areas are said to harvest, prepare, store and eat the larvae of the Pandora moth, which they call "piuga." The cooked larvae are washed, sorted, dried, and stored in a cool and dry place where they keep for at least a year and perhaps as long as two.

And then there's the cicada

Then there's the other new summer resident that has appeared in the sagebrush and bitterbrush: our periodical cicadas. But not to worry! They'll only be here for a little over a month, just long enough to reproduce and die.

They've spent their entire life, up to 13 or 17 years, sucking the sap from the roots of trees and shrubs. There are 166 species of cicadas in all of North America, 34 of which are found in our area.

They all go through five or six growth stages (instars) underground as nymphs, taking all those years to develop everything they'll need to reproduce as adults. They emerge in late spring and summer in huge numbers, cling to the stems of a bush and dry out. The males stiffen up their wings to fly about chasing females and they make a racket.

Cicadas make sounds in a number of ways: with tymbal organs, wing flicks, wing clicks and stridulations. Each type of song has a different purpose: Alarm/distress calls: "Don't eat me! something is eating me!," pre-calls or warming up, calls to attract mates and establish a territory, courting calls made once a mate is found, and choruses, when males synchronize their calls to establish chorusing centers and attract females.

Oh, and they are not "locusts." True locusts are in the grasshopper bunch, while you can legally call a cicada a "bug," as they are in the taxonomic order, Hemiptera, with all the rest of the true bugs.

If you would like to have a fun family contest, wait until you hear the cicadas singing, then give each of your kids a jar with a lid, send them out to capture one, and the first one to succeed gets a prize. It's harder than you think to locate one; they quit their buzzing as soon as you approach.