Thin Line Between Love And Bait

Thin Line Between Love And Bait

My relationship with a man I'd been dating was getting serious. His previous relationship ended when his girlfriend dumped him. Last month, he ran into her and told her he was seeing me. She began crying and begged him to take her back. He was torn about what to do. I told him his feelings for her weren't romantic but stemmed from a sense of obligation, and that he should be angry at her for trying to make him feel bad about moving on with someone else. He still went back to her, and now they're engaged. I'm furious. Why would he choose to be with someone who dumped him? He could've moved forward with someone who really cares, with whom he could have a relationship based on love, not guilt (over making this other woman cry). How can I prevent this from happening to me again? 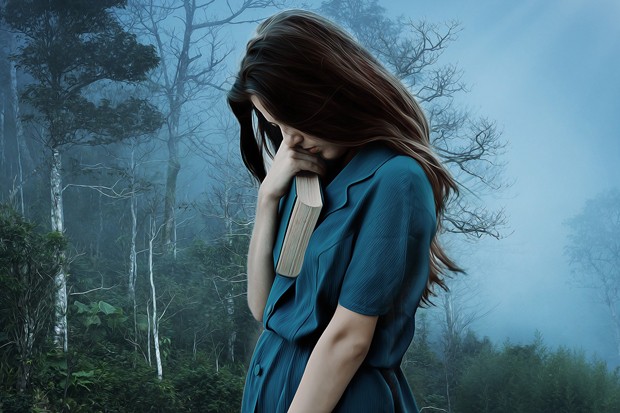 We sometimes explain things to ourselves in ways that don't so much lay out the facts as provide an airbag for our feelings. Take a question I often hear from readers: "Why did he/she stop returning my calls?" Helpfully, many suggest the most likely explanation right in their email; something like, "I just know they were kidnapped by the Russian mob." Right. And they're probably still tied up in an abandoned warehouse, being tortured till they give in—agree to withdraw and hand over the entire $36.72 in their checking account.

Though female tears can be a sort of kryptonite for straight men, I'm sorry to say it's unlikely this other woman's boohoos and a sense of obligation on your guy's part mind-controlled him into going back to her.

There's this notion that relationships simply involve two people who love each other making each other happy. Supposedly, once you've got that, it's all cartoon birdies, butterflies, and flowers till you're both sleeping out eternity in side by side cemetery plots.

In fact, the human mind evolved to have a built-in accounting department. Its jobs include preventing us from being "all give" to some "all take" sociobro, which, for ancestral humans, would've posed survival issues. In the mating sphere, our inner accountant continually calculates our mate value and that of our partner (or prospective partner), gauging whether we're selling ourselves short—or whether our partner's likely to come to that conclusion about being involved with us.

Chances are when your guy was with this other woman the first time around, he felt out of his league—perhaps sensing that, on a one-to-10 scale, he's, say, a 6 to her 8.9. If this was the case, he probably acted somewhat needy and clingy: qualities that are not exactly ladybait. She, in turn, probably sensed she could do better and put him out on the curb.

But then something changed that changed him: He got a woman (you) who made him feel loved and wanted, which likely shifted his demeanor from needy-clingy to comfortably confident. Assuming this was what went on, you basically provided him with the romantic version of going to the grocery store on a full stomach to avoid standing weeping in the doughnut aisle.

Additionally, though it's unlikely the guy planned this, you probably served as bait to bring his girlfriend back. Social psychologists Jessica Parker and Melissa Burkley find that single women (but not those in relationships) rate a man as "significantly" more desirable and pursuit-worthy when they're told he's taken.

"This may be because an attached man" has been "'pre-screened' by another woman," speculate Parker and Burkley. This "pre-screening" is a form of "social proof," a term coined by social psychologist Robert Cialdini. We sometimes decide what we should value based on what other people value. In this case, your finding the guy boyfriend-worthy might've led his ex to think, "Uh-oh... I made a mistake dumping him."

Of course you're hurt and disappointed. But it sounds like you also feel cheated to some degree, like something you deserve was stolen from you. There's a tendency to think love should be "fair," meaning whatever you put into a relationship, you're owed in return. In fact, people in relationships ultimately act in their self-interest. That sometimes involves dumping the partner who's done nothing but love them for the partner who dumped them but is willing to take them back.

Understanding this is no guarantee you won't get hurt. However, if you're realistic about love—recognizing you can't expect it to be fair—and about the danger from potential mate poachers, you might have a shot at amping up your game and fending them off. To be on the alert for them, keep in mind the physical features that make a man especially attractive to a single woman on the prowl: broad shoulders, a chiseled jaw, and big perky boobs on the girlfriend sitting on his lap.