After working at Atlantic Records in L.A. for 12 years as VP of alternative promotion, Kris Arnold made her way to Bend, Ore., where she has made her home for the past 14 years. Presently, she DJ's for local station, 92/9, is their musical director and hosts the local show, Highway 97 every Tuesday. Kris routinely wins "Best DJ" in the Best of Central Oregon. 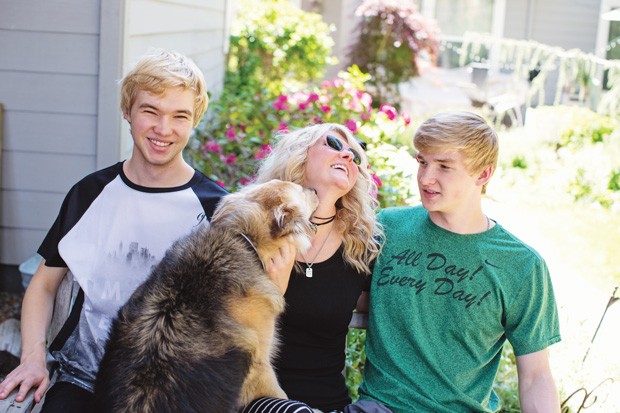 At home, Kris spends time with husband, Chuck Arnold, and their two sons, Drake, 18, who just graduated from Bend High, and Shane, 15, who will begin his sophomore year at Summit High in the fall.

What is the single best thing you have learned from your children?

What did you learn from your parents about parenting?

My mom was the disciplinarian and was super strict, so actually, I try to think about what she would have done and then do the exact opposite.

What do you hope your children have learned from you?

That singing into the wooden spoon to whatever music we're listening to when I'm cooking is actually very funny and charming.

What Superhero power do you wish you had as a parent?

The ability to be in two places at once, so I wouldn't have had to miss one single event or game.

How are kids today different than when you were a kid?

Kids are always different from the previous generation(s). I'll tell you though, the fact that girls are wearing "mom jeans" again frightens me a little.

Which film star would you choose to play you in a movie?

I've been told that I look a little like Kirsten Dunst, so I'll say her. If she's not available, then Chris Hemsworth – he's really pretty.

How do you keep from being overwhelmed?

Exercise, prosecco and the calendar on my phone. Plus, pizza on Friday night, with wine.

If kids want to get into the media /entertainment industry what would tell them?