This is Bike-Rack Town USA. New Efforts Might Make it a Real Bike Town.

Bendites love to tout their cycling prowess. With more planning, we may see those bike enthusiasts actually commute on bikes, too.

The information is all there: Bend, along with most other American cities—is car-centric. Our streets, like those in many towns and cities around the United States, were designed to make car travel king. In Bend, some main thoroughfares lack even the most basic of pedestrian-friendly features in the way of sidewalks. While our region has abundant sunshine (and dry surfaces) most of the year, recent data show that we may rival places like Portland—wet and soggy roughly nine months of the year—in the percentage of people who use their bikes to commute to and fro, but with our short commutes and dry weather, we should exceed the Rose City. While we tout ourselves as being a "bike town," what we really are is a bike-rack town. Cyclists love to live and visit here to enjoy our many trails and bikeways; we load those bikes onto racks and drive the 2 or 3 miles to the trailhead rather than deign to ride a bike, on a road or maybe a portion of an in-town trail, to get where we need to go. 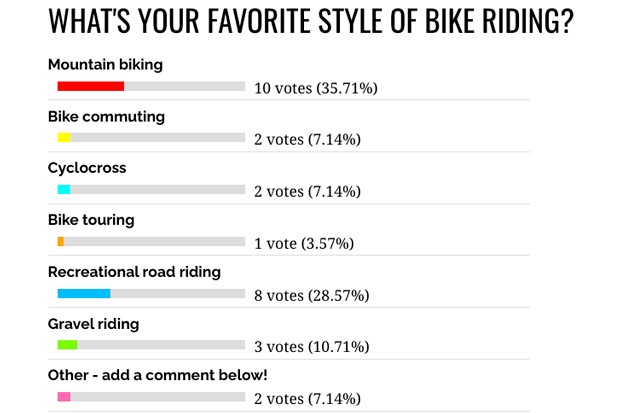 What does this say about us? In a time when humans are getting a "code red" regarding the state of our planet, coinciding with a time when vehicle emissions remain among the biggest creators of carbon dioxide, we as a newspaper still get letters to the editor suggesting that encouraging people to bike where they need to go is too utopian—too "out there" to actually be reality.

Related Wasted in Bend: Automobiles: An exhaustive look at emissions and solid waste from cars

Wasted in Bend: Automobiles
An exhaustive look at emissions and solid waste from cars
By Suzanne Johnson
Local News

But we can't really blame the naysayers and letter-writers for this pessimism. As we mentioned, our cities and towns are not built in a way that makes the casual bicyclist feel comfortable getting around that way. Riding bikes to and from work ourselves, we meet a daily onslaught of drivers going too fast, drivers sliding into the bike lane to take a right turn, drivers making quick moves before they've adequately surveyed the area for obstacles like walkers and cyclists. If committed cyclists experience this type of stress on a daily basis, is it any wonder that our rates of bike-commuting are low?

Over at Bend Park and Recreation District, its board and staff have been eyeing its role in making trails—those off-street havens for cyclists and walkers alike—more connected. The City of Bend's Transportation System Plan—bolstered by the passage of a bond last year—will help to build more on-street bike lanes and pedestrian walkways. BPRD aims to support that effort by working on trails that connect to some of those new lanes and walkways.

Under BPRD's 2021 Trail Action Plan, it will endeavor to use "Census data to identify potentially disadvantaged communities and prioritizes projects that will benefit them the most." Under the updated plan, BPRD will analyze population density "and other important demographic indicators" to re-prioritize trail projects. BPRD recognizes that building trails can be more than just a recreational activity; they can also be important corridors that serve as "active transportation routes."

Going forward, it will use a new scoring methodology to determine which trail projects to prioritize. Trail projects get a higher or lower score based on whether they're located in or near an area that's 50% greater than the district average for population density and located in or near an area that's 50% or greater than the district average for percent poverty. Scoring is higher for areas with a higher percentage of Latinx people, too. Trails that fill a gap in a trail network or that enhance access to a park will also get higher ratings. As you might imagine, the projects that rank the highest using this new criterion are largely on the east side of Bend—where historically, the fewest number of trails are.

This new plan makes sense when applying an equity lens to the work the parks do, and when applying an environmental lens, too. Trails are not and should not only be accessible to those who live on the west side or want to drive to the west side to use them recreationally. If we truly want to shift Bend's bike culture and to encourage more people to get out of their cars to get around, it makes perfect sense for the focus of that shift to be on the places where the most people live and where the economic benefits of skipping driving—saving on gas money and car maintenance and improving overall health, to name a few—will be most felt.

Related If You Build It, Will They Come?: As in-migration continues, transportation bond measure may ease traffic congestion and make travel safer for bikes and pedestrians

If You Build It, Will They Come?
As in-migration continues, transportation bond measure may ease traffic congestion and make travel safer for bikes and pedestrians
By Laurel Brauns
Local News