Thornburgh in my Side | Local News | Bend | The Source Weekly - Bend, Oregon

Thornburgh in my Side

Thornburgh Resort Company, which since 2005 has sought to build a resort community southwest of Redmond, applied to buy 400 adjacent acres from Oregon's Department of State Lands. The land contributes to the Common School Fund, which distributes money made from leasing or selling land to Oregon schools on a per-pupil basis. The potential sale set off alarm bells for local activist group Central Oregon LandWatch, which has opposed Thornburgh in courts for years, aiming to block the resort based on concerns about water and environmental impacts.

The Common School Fund is valued at $2.2 billion and revenues from land leases and sales are expected to send over $64 million to Oregon Schools in 2022. Thornburgh leased the parcel for several years, and in the fall applied to buy it. ODSL is reviewing the sale to see if it meets the standards necessary to sell. 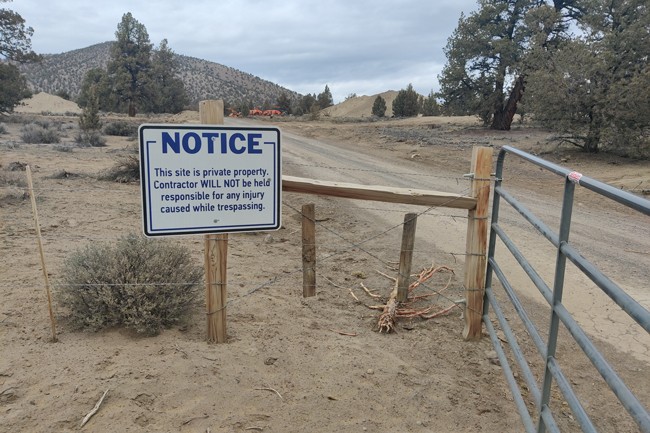 "There are a couple of things that we look at," said Liane O'Neill, a communications officer with the Oregon Department of State Lands. "The first is the appraised value of the land. We also look at whether the land has the ability to generate revenue for the Common School Fund, if it was used for other purposes other than the sale. So, for example, in this case, we might look at access to the property. This property is pretty much locked in all around by private property, so it'd be pretty difficult for a new owner to access the property."

Additionally, the state reviews if there are cultural resources associated with native people on the land, if there are mineral or energy resources that could add value to the land and whether there are any endangered, threatened or sensitive plants or animals native to the area. Since leasing the land Thornburgh Resort Company left it relatively undisturbed, and its owner told the Source he plans on keeping it as open space.

"The land is pretty much untouched and hasn't been improved. They're not doing any ranching or any cattle grazing on it," O'Neill said. "They are permitted to build a paved road that basically gives them access from the land that they're currently leasing and requesting to purchase into the lands that they already own."

The parcel of land being considered for sale doesn't have any water rights, but it is the top concern for those seeking to stop the resort from developing. Deschutes County accepted a final master plan for the site in 2008, which consisted of 1970 acres with 950 lots and 425 residential overnight lodging units. The property would be divided into two villages, one called The Tribute at Thronburgh and the other The Pinnacle at Thornburgh. Caroline House, a senior planner with Deschutes County, said the addition of DSL lands would require a modification of approval by the Deschutes County commission to amend the master plan.The Tribute on the south side of the property is proposed as a golf course residential community, with two golf courses, a golf practice area, a golf clubhouse, community center, 50 golf cottages and 650 luxury-view houses. The Pinnacle on the northern end of the property will also have a golf course, a hotel, a retail area, a man-made lake/boating area, a lake clubhouse and 350 individually owned homes. The resort's 2013 permit allowed it to use up to 6 million gallons of water a day, and some nearby residents worry they'll have less well water to use, and environmentalists are concerned the resort's water mitigation plan could undersupply spring-fed cold water from Deep Canyon Creek. 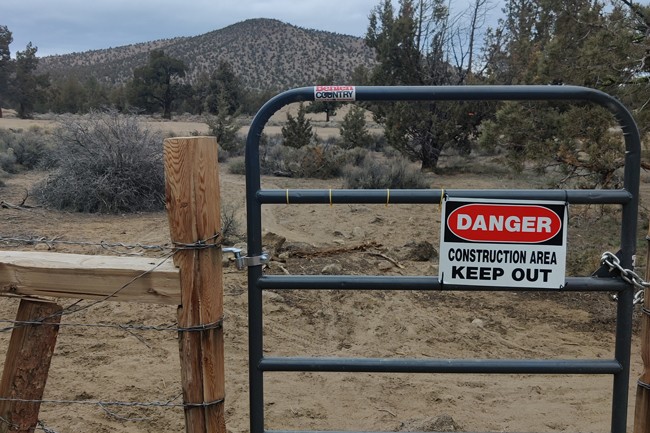 "That we're even having this conversation is stupefying to me. I mean, we are in a full-on drought that no one anticipated back in 2008, when their water mitigation plan was discussed with the state. The whole lot has changed," said Link Olson, a resident near the proposed Thornburgh Resort and a professor of biology at the University of Alaska.

Olson said he hikes on the trail at least twice a week. The area is popular for cyclists and hikers, and Bend Trails, a recreation advocacy group, posted on its social media its concern that the sale could restrict access to trails if made private.

Thornburgh developers dispute that their mitigation plan is lacking and point to litigation that affirmed their plan was lawful and provided a net benefit to fisheries. However, a letter from the Oregon Department of Fish and Wildlife from Jan. 2, argued the conditions have changed since the site's Final Master Plan was approved in 2008.

"In 2008 what they came up with made sense, but that was also a very long time ago, and conditions in the basin have continued to degrade since then," said Danette Faucera, water policy coordinator for ODFW. "So, we're concerned now that things might be actually ramping up and looking like it might move forward. That folks are really looking at the mitigation that was agreed to in 2008, to ensure that that really, today in reality is still going to meet that net benefit, and no net loss criteria."

The 2013 water permit is in a legal limbo. Permits are granted under the condition that meaningful steps be taken to build out infrastructure to pump it within five years. Thornburgh requested an extension of the permit, which was protested by Annunziata Gould, a longtime opponent of the resort. The Water Resources Department granted the extension, which Gould challenged in court, and ultimately the agency withdrew its final judgement, and an extension will depend on the result of a hearing.

"There's a lot of complexities in terms of our challenge. We're basically arguing you didn't do anything sufficient to make any progress towards putting the water to use," said Karl Anuta, a lawyer who represents Gould. "We don't think they'll ultimately be able to get an extension, they claim they think they will."

If the extension isn't renewed, it would go to whoever is next in line to draw from the same aquifer. Thornburgh applied for more water permits in the same aquifer, but as of yet, no permanent additional water use permits have been granted, according to Anuta.

The Department of State Lands will hold a public meeting and hearing via Zoom on March 10 to provide more information about the potential sale and the due diligence process, as well as taking public comment, though public comment will be accepted as late as March 17.