Those Who Wish the Woman in the Window Dead | Film | Bend | The Source Weekly - Bend, Oregon

Those Who Wish the Woman in the Window Dead

Adams and Jolie face off on streaming giants

The streaming services are at war. This isn't new or even really a surprise, but there's a new little wrinkle that makes the entire battle pretty fun to witness. Since theaters haven't really been a thing for a while, streaming services are still premiering movies that were initially supposed to be theatrical releases, leading to some pretty interesting standoffs between would-be blockbusters. This week was especially fun because both new releases were movies that were not only made with a theatrical release in mind, but also starring two of the best actresses of our generation.

On Netflix we have the much-delayed Amy Adams thriller, "The Woman in the Window," and on HBOMax is the Angelina Jolie survival adventure "Those Who Wish Me Dead." Both premiered over the last week and star A-List actresses who haven't had a strong run of hits lately. Both are thrillers that would have been low to moderate hits had they played in a theater. Oh, and they're directed by acclaimed filmmakers who are both probably considered to be "slumming." 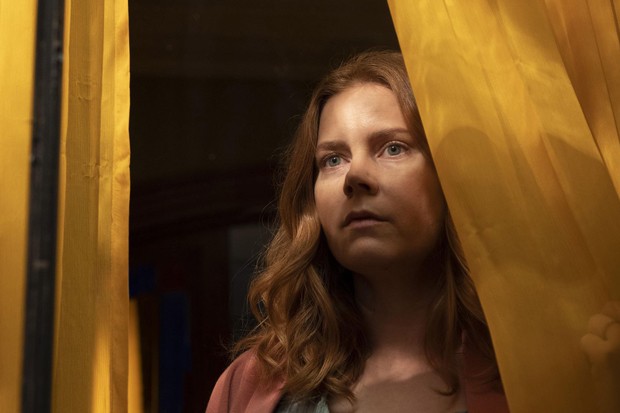 Because I'm a deeply professional writer and dedicated to your happiness, I watched both movies so you don't have to. Not that you shouldn't. They are both movies that might have been fun to watch in the theater, but they would have left your mind before you made it to the car afterward. The films both have ups and downs, packed with moments of great acting, terrible writing and intense action, but ultimately, neither of them are memorable enough to make any sort of impression.

I read the book "The Woman in the Window" a couple years ago and thought it was compulsively readable in the same way "The Girl on the Train" was, but pulpier and with less of a point, so the only thing I was really excited for with the film was the always-excellent Amy Adams and the sometimes-brilliant director Joe Wright. His film, "Hanna," is one of the most underrated action movies of the last 20 years, but I'm not sure if he's ever achieved anything as formally exciting since.

Wright fills "The Woman in the Window" with interesting imagery. Adams, as an agoraphobic alcoholic who witnesses a murder through her window, is fantastic, but the film is so desperate to be a crowd-pleasing hybrid of Hitchcock and De Palma that it fails to create its own identity. Critiques aside, "Window" is still entertaining as hell because Wright knows how to make a damn movie.

"Those Who Wish Me Dead" is an objectively better movie, with Taylor Sheridan using the lessons he learned from writing "Hell or High Water" and directing "Wind River" to make a post-noir Western that screams desperately to be recognized by Cormac McCarthy. Again, critiques aside, Jolie as a smoke jumper haunted by PTSD and being hunted through a forest fire by two casually evil hit men is a pretty badass concept.

In a different world, both movies would have gone to theaters, made a decent amount of money and then disappeared from the public consciousness after a week or two. Now they get to go to Netflix and HBO and...still get ignored after a couple of weeks due to the sheer amount of content both services are generating. Maybe it's not such a different world after all.