Three in the Spotlight

BendFilm returns stronger than ever

It's amazing to me that another year has passed and we're already on the cusp of BendFilm festival again. For a year of such hardship and difficulty, it went by alarmingly fast. In the interest of keeping people safe, this year's fest will be a hybrid of in-person and virtual, so there are several options for patrons to experience the movies, whether streaming from home or at one of the different venues.

This week I'm giving a spotlight to just a few of the movies you can see at the fest that I think deserve some special recognition; films that you might not see otherwise. In next week's issue I will offer a mock schedule of the films and events I would try to catch across the entire festival, so that way you can try to build a plan to catch what appeals to you the most. BendFilm has curated an absolutely astounding festival this season with honestly one of its strongest lineups in history. 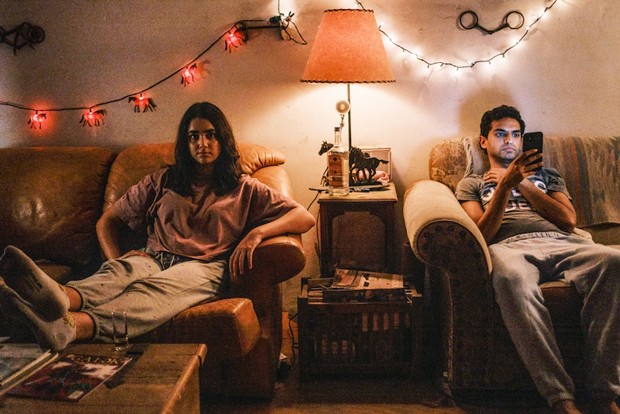 "7 Days" — A very funny and deeply awkward romantic comedy that never edges too far into being cringe. Ravi and Rita meet on an arranged date set up by their traditional Indian parents. They have zero chemistry and kind of annoy the hell out of each other, but have to shelter in place together in March 2020, right at the beginning of COVID.

The movie manages to be heartbreakingly funny and deeply personal while also finding universal truths about the moments of connection that shed light on how we love, how we adapted to COVID and what ultimately matters most in a life. The film wouldn't work at all if it wasn't for the combination of co-writer/director Roshan Sethi's light touch behind the camera and the charming performances from Karan Soni (who was so hilarious in "Deadpool") and the absolutely luminous Geraldine Viswanathan (who deserves massive stardom after this).

None of the movies that have been set during COVID have been very good (not that there have been many), but "7 Days" shows you can set a movie during the pandemic without making it heavy handed or overly sentimental.

"Everything in the End" — With some of the most gorgeous cinematography I've seen this year, "Everything in the End" is not only gorgeous to look at, but also filled with such gentle and subtle beauty as to be one of the most memorable films I've seen this year. Mylissa Fitzsimmons' direction is achingly empathetic, crafting a movie that feels like a poem for the end of the world.

A shot of clothespins hanging alone on a windy clothesline. Paulo went on a trip to Iceland with his mother and the world started ending, leaving everyone on Earth a few days to say goodbye to life and each other. Now Paulo's alone and we don't know why. He has nothing back in Portugal, so he's spending his last days wandering a village in Iceland, waiting for the world to end. The entire film is an episodic collection of scenes consisting of Paulo meeting strangers and finding brief and fleeting connection. Every conversation is a last one, every word and moment is fraught with meaning beyond what anyone should be able to handle. Violence, love, sex, belief, faith, death and loss all come together to make a profound cinematic experience. A stunner.

"Cinema of Sleep" — A Nigerian film geek wakes up in a hotel room in the U.S. with a dead woman next to him. He has no idea what happened. White racist police come to the door looking for her. Then the man's wife calls from Nigeria and she's having an emergency involving his brother and a prostitute. There's also a maddening and unpredictable ringing in his ears. It's a Kafka-esque nightmare that feels like it was pulled right from the reels of classic American film noir pictures.

Every scene in the film adds depth to the characters while building the mystery of what's going on, leading to an experience that constantly kept me on my toes. All told through a meta lens of the myth of American exceptionalism, "Cinema of Sleep," is deeply unsettling and claustrophobic, but filled with lots to chew on for fans of the art of cinema itself.

Check bendfilm.org for times and locations.