Into the Spider-Verse explores a welcome new universe

Since 2002, we've received six Spider-Man movies of wildly varying qualities, spread out over three separate franchises. First, we had Tobey Maguire's emo Spider-Man, followed by Andrew Garfield's spunkier take on the character. When the Marvel Cinematic Universe got its hands on the web slinger, we got Tom Holland's pitch-perfect portrayal of Peter Parker and the joy of watching him interact with Robert Downey Jr.'s Tony Stark. 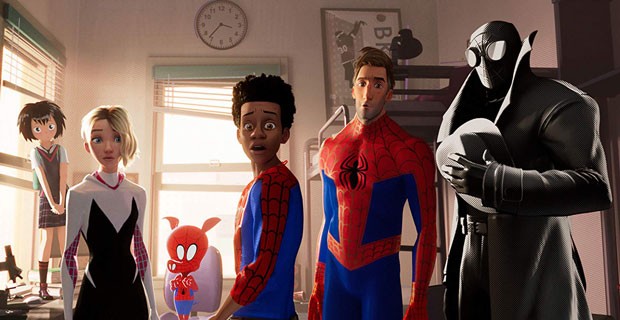 Since the character and franchise are now in safe hands, Sony has the chance to branch out with the wall crawler and tell some weirder stories that die-hard fans can truly appreciate. With "Spider-Man: Into the Spider-Verse" we get something mildly miraculous: a great Spider-Man story combined with groundbreaking visuals, dynamic character work and a completely new take on a world grown a little stale over the years.

Pardon me nerding out for a second. In Marvel comics, the characters live in a multi-verse composed of many planets, all slightly different from each other. The heroes and villains we've come to know and love live on Earth-616. All the characters from the MCU are on Earth-199999. In the early 2000s, Marvel relaunched a bunch of its flagship titles including X-Men, Avengers, Spider-Man and the Fantastic Four under the banner of "Ultimate Marvel," who all lived on Earth-1610.

In 2011, the Ultimate Peter Parker was dead and an Afro-Latino teenager named Miles Morales picked up the mantle. In many ways, Miles became just as memorable and heroic as Peter Parker and showed the black and Latinx communities a superhero that looks like them. Watching Miles Morales step out of the shadow of Peter Parker over the years has been one of the most rewarding reading experiences of my life.

Now, in 2018, we finally have a cinematic Miles Morales. At first, I was disappointed it was going to be animated, but "Into the Spider-Verse" is easily the second-best "Spider-Man" movie of all time ("Spider-Man 2" is untouchable). The animation is jaw-dropping and vibrant, the voice acting is impeccable and heartfelt and the story gives us our first look at Morales' Earth-1610.

"Into the Spider-Verse" is near-perfect for kids, adults and bearded man-children like myself. I laughed, I cried and then I laughed some more. I regretted not having children to show this movie to—and then I was stoked I didn't have children, so I didn't have to share it with anyone. I want 50 more movies with Miles Morales and Spider-Gwen and Spider-Ham. This movie is my heart. I hope you see it.