Founder of the Public Science League, with a mission to avoid the information silos that can politicize the news 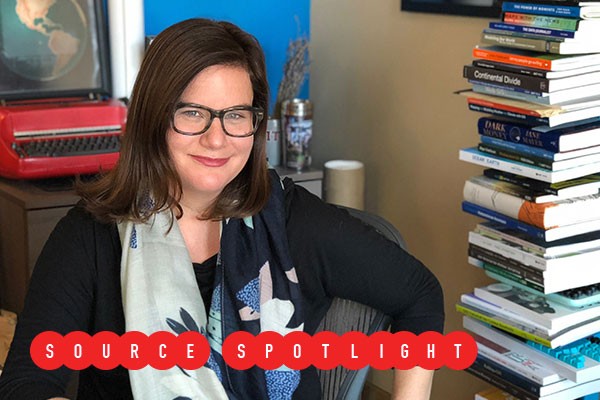 Tierney O'Dea Booker is someone who talks casually about her experiences with VH1, the National Aeronautics and Space Administration, NBC Nightly News and the Massachusetts Institute of Technology as if everyone has them. She doesn't boast about these connections; they're simply links followed in the life of a curious individual. These days, that curiosity has led her to try to solve the problem of stories that are too often boiled into false us-versus-them dichotomies, like the ones recently playing out regarding climate versus commerce.

O'Dea Booker grew up in New York. While it might seem like a far-off dream for some, her first job out of college was as a researcher at NBC Nightly News with Tom Brokaw. The week she started the job, they were converting from DOS terminals to what they were calling "Internet computers." Since she was a recent grad, the team asked whether she knew how to work with the new platform.

"Yes, I can do the Internet," O'Dea Booker recalls saying. It might seem funny now, but back in it was a big deal. That same week, bombings happened at U.S. embassies in Africa. With the help of the new technology, she found information no one else was reporting and instantly got on the radar. This success labeled her as the science and tech person at NBC Nightly News.

The designation fit her personality, since as a youngster she was an Earth and Space Explainer, or docent, at the American Museum of Natural History. O'Dea Booker stayed in the position throughout the Iraq war and the 9/11 attacks. She was 10 feet away from one of the now-infamous anthrax letters, mailed to a number of media outlets, including her newsroom in 2001.

To create informed discourse, O'Dea Booker knows journalists need non-politicized sources that can help factually dissect complicated information. This is a nationwide problem, she says, but as it pertains to Oregon issues, she's committed to solving it. tweet this

When her fiancé proposed a move to Austin, O'Dea Booker moved her NBC gig there for a while before moving onto a startup that built live online observatories around the world. While she was on maternity leave with her first child she got involved with a crisis in Haiti, discovering the open-source tool, Geographic Information System, and crisis mapping. She then used the same open-sourced mapping systems to get the only imagery of the coastline during the BP Oil spill in the Gulf of Mexico. These two crisis events showed her that what scientists use to gather information and take action could also be a great untapped news resource.

To pursue that idea, she went to the University of Southern California Spatial Sciences Institute, also while pregnant with her second child. Her master's project explored map data and how it could be layered like a cake to tell a story. The project layered information about wells, almond and schools in Bakersfield, Calif., to narrate how fracking contaminated the area.

That training inspired O'Dea Booker's founding of the Public Science League, an environmental news resource for journalists. The home office's location: the Beck Bakery Building in downtown Bend, overlooking the Deschutes River and Drake Park. PSL's mission is to use stories and data to push through polarization—the kind of polarization that, such as in the case of the Greater sage-grouse, creates sides such as "the bird" and "jobs."

To create informed discourse, O'Dea Booker knows journalists need non-politicized sources that can help factually dissect complicated information. This is a nationwide problem, she says, but as it pertains to Oregon issues, she's committed to solving it. The first projects she's tackling are around public lands issues, including the Cascade-Siskiyou National Monument and the Greater sage-grouse. The Public Science League is in the fundraising stage, and O'Dea Booker is applying for grants to get going.