Every day arborists perform impressive acts of acrobatics, precise calculations of physics and medical diagnoses of trees as they're maintaining or removing trees. Central Oregon Tree Experts co-owner Brett Miller said after 27 years in the business there haven't been two days that were completely alike. 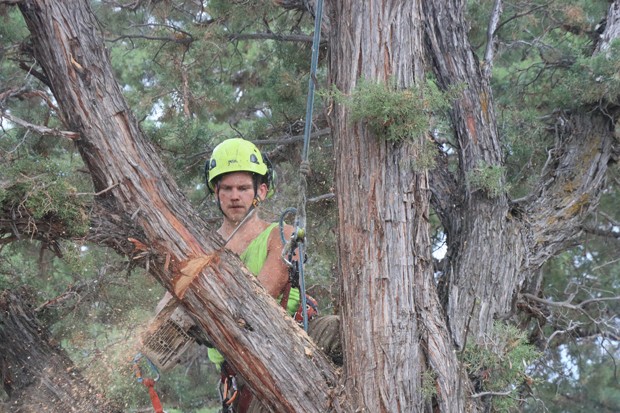 "There's a lot of people that do work in this field, and loggers are not arborists," Miller said. "I grew up in Roseburg, which is one of the logging capitals of the world and everybody I knew down there ran chainsaw stuff, but when I found this job, this is a whole different level."

After cutting a tree, loggers just have to stay out of its path when it falls, but arborists have to know where it's going to land. After nearly three decades Miller said he's never had a major collision with anyone's property – outside of brushing a gutter or two.

"That's not something that anybody can really teach you without your experience," he said.

Miller started as an arborist in 1992 and said the industry has branched into a more holistic approach to tree health. 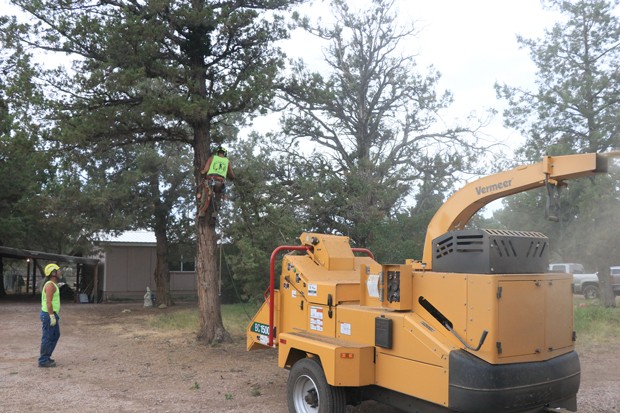 "I think that the industry, as far as our culture, being a residential commercial arborist, what's changed the most for me, and what I try to teach [my employees] is it's not just trimming or removals, we think about diseases now and how climate change affects all these trees," Miller said. "When I started in the nineties we never even thought about that stuff."

Though they sometimes remove them, Miller says arborists usually have a strong passion for trees. He recently arrived at a company-wide barbeque only to find the guests had climbed up into the trees.

"There's like 30 guys in trees just hanging out. It's the greatest thing," he said. "I mean we cut down a lot of trees, but we all love them." 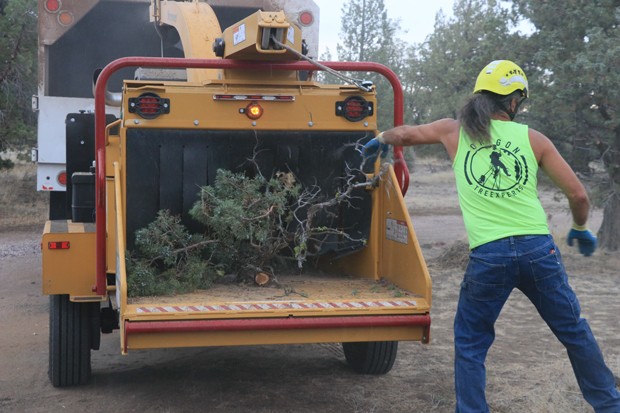 Bend's Trees
Past, Present and Future
By The Source Staff
Local News