In the early 1970s Hawaii Rep. Patsy Mink, with the help of Oregon Rep. Edith Green, drafted a version of what would later become Title IX of the Education Amendments of 1972. The whole bill modified financial aid, expanded the Equal Pay Act of 1963 to cover executives, administrators and outside salespeople, and most notably prohibited discrimination on the basis of sex in educational institutions. Before then, schools limited educational opportunities for women.

"If you were in math and science, you did not have access to the universities," said Ellen Schmidt-Devlin, co-founder and executive director of the University of Oregon's Sports Product Management Program. 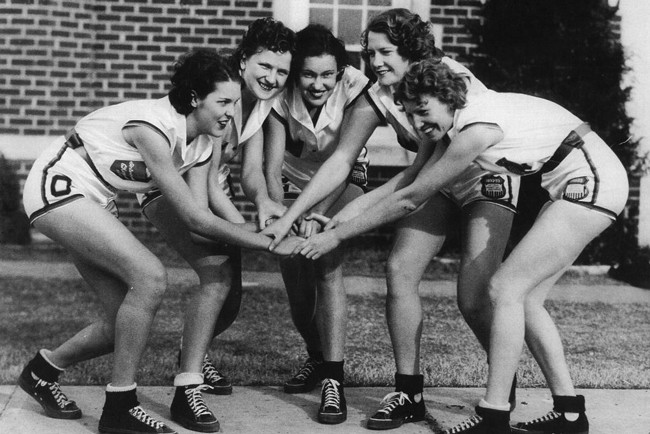 Schmidt-Devlin has personal experience of schools' practices of diverting women from math and science. She was in high school when Title IX passed, but her sister attended Oregon State University before it was enacted.

"Without a doubt she would have been a computer scientist. She went to Oregon State, and they quickly showed her the Home Ec. college," Schmidt-Devlin said. "She kept on going over saying, 'I think I want to go to this college, and I think I might be good at this.' And they kept saying, 'Well, no, no, no, you're a woman, you'll be over here.'"

There was a similar chilling effect in sports, which is among the most visible ways Title IX changed the landscape of public education. Few sports were available to women prior to that.

"There were some girls sports—you could do cheerleading, you could maybe play tennis, there was maybe one or two things you could do as a girl in high school, but there wasn't very much opportunity," Schmidt-Devlin said. "In 1972, Title IX was passed, and the high schools started adding sports for the girls. I was right there and I was in heaven. I could play basketball or play volleyball and I had already started to run."

College-level athletics was separated into the National Collegiate Athletic Association for men, and the Association for Intercollegiate Athletics for Women. In 1981 the NCAA offered championships for women, causing many AIAW defections. The AIAW lost an antitrust lawsuit against the NCAA and would cease to exist by 1983. Schmidt-Devlin felt the AIAW was too cautious in advancing women's sports.

"We quickly found out that the NCAA only wanted men at that point. And the AIAW were responsible for women, and their approach was that they have a section of high performing women, but this is more about opportunity, and participation, and we need to slow things down, so that we can allow more women's coaches to be developed and ready to lead women," Schmidt-Devlin said. "Rather than letting it evolve and letting high performing women have more opportunity quickly, if anything, they suppressed that, in my opinion." 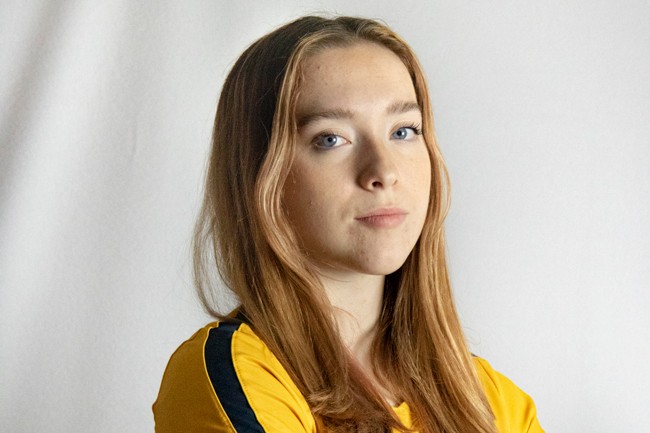 Schools have found crafty ways to be Title IX compliant, while remaining unequitable. Colleges are required to have about the same gender ratio among student athletes as they do in total enrollment. This process can be abused, as long-distance runners can be counted three times if they compete in cross county and indoor and outdoor track. Sports like football, where there's no gender-equivalent sport but where there are large teams, can lead to fewer less-profitable sports programs for men. Financial burdens also can justify cutting a program; during COVID, 460 college sports programs were cut nationwide citing lost revenue due to COVID, and Title IX has helped getting some of them reinstated, Bloomberg reported. There's an understanding that the NCAA is biased toward men's football and basketball, the organization's most profitable sports.

The many prongs of Title IX

Title IX is just 35 words, stating that, "no person in the United States shall, based on sex, be excluded from participation in, be denied the benefits of, or be subjected to discrimination under any education program or activity receiving Federal financial assistance." It sets out broad guidelines that are still being expanded on. Though Title IX is still guiding women's collegiate athletics, it's become less of a focus over the past decade.

"It's really evolved, certainly gender equity in sports and other academic facilities, athletic facilities are still a big part of it, but its primary focus now tends to be on five topical areas: sexual harassment, sexual assault, dating, domestic violence and stalking," said Alicia Moore, Central Oregon Community College's Title IX Coordinator. "All the changes that we've seen from the Obama administration and the Trump administration all focus on those particular topics."

Those topics are typically addressed in requirements when investigating instances of harassment, assault, domestic violence and stalking. Over 25% of women in college report some form of sexual harassment, assault and misconduct while in college, slightly less than college-aged women not in school but much higher than the 7% reported among men in college. Staff must report any violation they witness to a Title IX coordinator.

"My role then is to facilitate the process where we have people who are trained individually to do an investigation of the situation, and then we have folks who are trained to be a hearing officer and decision makers," Moore said.

Title IX can be amended by executive order, and both Donald Trump and Barack Obama made significant changes to the law. Obama first broadened the scope requiring schools to investigate cases of sexual assault and harassment, and Trump expanded its authority to include off-campus incidents. Moore said one way she'd like to see Title IX become more proactive is in increasing resources in staffing and training toward prevention and awareness. She also feels the process is too legalistic, and that Oregon's existing harassment laws are already stronger than the bar to become a Title IX violation.

"In Oregon our sexual harassment laws have a much lower bar, and what we're finding is when situations come forward is that they definitely violate state level laws," Moore said.