Is it a game-changer or a survival strategy? Whether you're a restaurant owner or just an Oregonian who likes to grab takeout, it could be both. On Dec. 21, during its marathon one-day special session, Oregon lawmakers passed legislation that allows food service establishments to sell to-go cocktails as part of takeout and delivery offerings.

Before you start dreaming of full-on Mardi Gras-style partying in the streets, however, understand that there are some caveats. 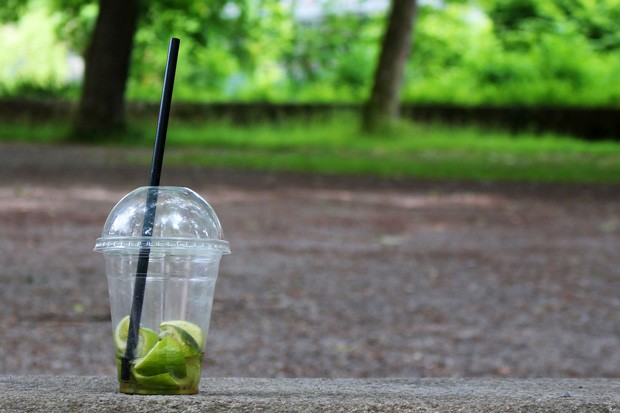 The Restaurant Relief Act of 2020, also called Senate Bill 1801, allows restaurants and bars—for the time being, at least—to sell and deliver mixed drinks and wine to go. The drinks have to come in a sealed container, and people have to buy a "substantial food item" along with it. There's also a two-drink-per-meal maximum.

"Not more than two mixed drinks or single servings of wine may be ordered per substantial food item ordered," reads the language of the bill.

"Many independent restaurants are currently hanging on by a thread, and this support for small businesses comes at a critical time as the pandemic continues and restaurants have had in-person dining disrupted," wrote Oregon House Speaker Tina Kotek in an email to constituents.

To-go cocktails have been an emerging trend in many U.S. states during the pandemic.

"Since March, more than two dozen states have enacted similar policies as a lifeline for restaurants, which traditionally see their highest profit margins on alcoholic beverages, like cocktails and wine," wrote the Oregon House Democrats in a press release Dec. 21.

The bill is now awaiting Gov. Kate Brown's signature. After that, the Oregon Liquor Control Commission, which regulates liquor sales and distribution in the state, will need to develop rules around the to-go cocktail initiative before people can start ordering drinks with their meals. In an email Dec. 18, ahead of the legislature's special session, OLCC stated, "The Commission is poised to implement the legislation by enacting an emergency temporary rule for regulating cocktails-to-go. If the legislation is approved the Commission plans to hold a special meeting next week to act on the temporary rule. Already OLCC staff are working on contingency plans and creating guidance for licensees and consumers about how cocktails-to-go will work in Oregon."

SB 1801 also set limits on the amount third-party delivery services can charge customers, capping delivery charges at 15% and takeout orders ordered through third-party services to 5% of the bill.

The changes created by Senate Bill 1801 are only temporary, however, and will sunset 60 days after the State of Emergency in Oregon ends. On Dec. 17, Gov. Brown extended her COVID-19 State of Emergency for an additional 60 days, making the projected expiration date March 3, 2021. Provided that no other extensions are added to the State of Emergency, the to-go cocktail program would then expire in early May.