To Live and Get High in L.A. | Smoke Signals | Bend | The Source Weekly - Bend, Oregon

To Live and Get High in L.A. 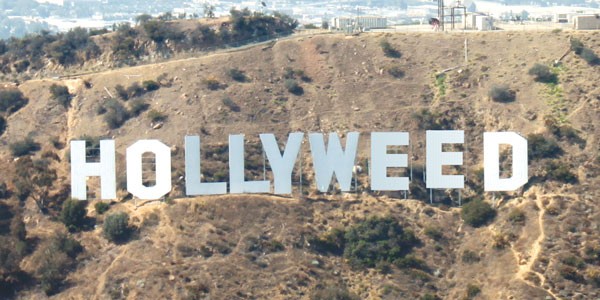 he doctor who issued my California medical marijuana card by phone three days prior told me this might happen.

"San Francisco dispensaries are way more liberal about letting cardholders without Cali IDs in than L.A. dispensaries, but you can use delivery services there."

Way less liberal was a great way to describe the security guard who checked I.D.s at the door of the first L.A. dispensary I visited.

"THIS ISN'T GOING TO CUT IT, SIR!" he shouted through the bulletproof window. "YOU NEED A CALIFORNIA ID, OK? I CAN'T LET YOU IN WITHOUT THAT, OK?"

"OK!" I hollered back, collected my I.D. and walked to the next Weed Maps-recommended dispensary that welcomed my pale Oregon self.

L.A. did not prove too much for the man, but it provided markedly different vibes and offerings in cannabis than San Francisco had given me earlier that week.

I was rejected by 17 dispensaries and accepted by three. Searching for "Now Prop 64 friendly!" was seemingly code for, "Fuck it, just come on in and buy some weed."

Those who did welcome me ran the gamut. One had a $20 per gram veganic strain which had won multiple High Times cups, and offered me a small bag of 50 mg THC-infused salt and pepper potato chips as a first-time customer gift. It was very L.A., down to the valet outside the dispensary.

ut the beauty of L.A. includes a wide range of diversity, both racial and socioeconomic, which is why my favorite dispensary was The Happy Cat Collective. It wasn't fancy and the shelves were stocked with a focus on quality over quantity. The budtender had tried everything he suggested, and as a writer himself, had some outstanding suggestions for what I was seeking. The owner came out and chatted with me for a bit, and what I bought was a mere $10 per gram for well-cured organic flower. The lack of pretentiousness and authentic friendly vibe was a welcome change from some of the self satisfied pomposity I had encountered at another dispensary earlier that day.

"It's a crap shoot in LA right now." tweet this

I didn't find any dispensaries that had onsite vapor lounges as I had in San Francisco, and despite my numerous email requests to a "cannabis speakeasy," no one got back to me. (Fine, Showbiz Kids, I'll get high by myself.)

Being a stranger in a strange land, I reached out to Nathan Mal, operations manager for "The California Weed Blog," a resource I often access to keep up on California canna-news. He's based in L.A, and I asked about what he believes is coming for cannabis in the Golden State.

"It's a crap shoot here right now," he said. "Many growers and others are upset, confused or simply don't care about entering the recreational marketplace come Jan. 1, none of which is good. They are burnt out on trying to maneuver through the regulatory process, and are opting to maintain their status quo by simply not getting a license."

He added that until it's made legal on a national level, California faces the same issue as Oregon regarding supply, demand and profits. "There is more money to be made exporting the cannabis outside the state," Mal said.

We talked about how California may push for pesticide testing rules that surpass Oregon's, how certain counties have made it absurdly difficult for home growers (i.e the six plants must be grown indoors, expensive security systems must be put in place, the grow must be approved by the fire marshal, etc.), how widespread, near-daily consumption events may be sharply curtailed and other matters.

I asked him what would he most like California canna-people to know.

"To combat the huge concern that anyone who does NOT have a cannabis business license come Jan. 1 will be shut down. That's simply not the case. They should wait in line and apply, because the state is far more concerned over "bad actors" than people legitimately trying to transition into the new marketplace. They will take action on growers illegally clearing land, diverting water, and spilling pesticides before they will shut down someone making an effort to be a compliant licensee."