During the current state legislative session, Oregon was on track to become the third state to raise the legal age for smoking and buying cigarettes from 18 to 21, following California and Hawaii. It now appears, however, that Senate Bill 754 might be going up in smoke, thanks in part to big tobacco and former Oregon State Sen. Margaret Carter.

To no one's surprise, the tobacco industry was very much opposed to Oregon SB 754, commonly referred to as the "Tobacco 21" bill.

The bill quickly made it through the Senate, passing March 3, then went to the House where it was also expected to pass quickly. However, the bill today sits stalled in the House Committee On Rules.

To advocate for their side, the world's largest tobacco company, Altria, (formerly Philip Morris), hired Carter—the first black woman elected to the Oregon legislature—to lobby on their behalf, according to an article published in Willamette Week. According to the article, Carter successfully lobbied numerous House Representatives, informing them that SB 754 could lead to an increase in racial profiling if the bill were to pass. 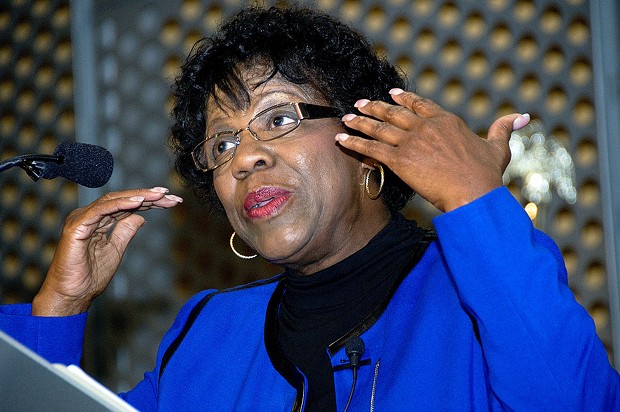 State Rep. Jeff Baker (D-Aloha), told WW that other colleagues reported Carter had not disclosed she was working for Altria. "To try to kill a bill that way when you are really representing a tobacco company is not right," he said.

Chuck Tauman, president of the Tobacco Free Coalition of Oregon, says he objected to the notion of increased racial profiling. Tauman told WW that the objections that Carter posed are a red herring, because there's no evidence cops use tobacco as a pretext for hassling young smokers.

Still, Democratic lawmakers pulled the bill from the House floor right before a vote, which is extremely rare. According to State Rep. Jennifer Williamson's, (D-Portland) communications director, Scott Moore, the bill is being amended to, "clarify that possession isn't a criminal offense. It'll then need to clear the committee in its updated form and then to the House floor."

When asked if this was meant to address the issue that Carter brought up, Moore stated: "It was in response to concerns voiced by numerous House members, including House Majority Leader Jennifer Williamson."

A report done by the nonprofit organization, Campaign for Tobacco-Free Kids, found that, "The industry's investment in the African-American community has had a destructive impact: African Americans suffer the greatest burden of tobacco-related mortality of any ethnic or racial group in the United States."

To date, SB 754 has closely followed party lines. The vote in the Senate had two Republican crossover votes in favor of the bill, while zero Democrats voted against the bill. Rep. Knute Buehler, (R-Bend) is one who will cross the party line if the bill comes to the House for a vote. Rep. Buehler said, "Teenagers are particularly vulnerable to the addictive properties of nicotine and the adverse health effects of smoking. Delaying the use of tobacco products until after age 21 will significantly reduce the number of people who become addicted and suffer from the ill effects of tobacco on their health."

If the bill is amended to make sure possession isn't a criminal offense, then it might garner enough votes to get to the governor's desk.