The artists with the most mentions of the green stuff

It's summer—which means getting together with friends and family, some who partake, and partaking with those who do. Do you have a playlist for these times? Much like a joint, it would be much cooler if you did have a banging summer soundtrack with you at these BBQs, parties and al fresco sessions. 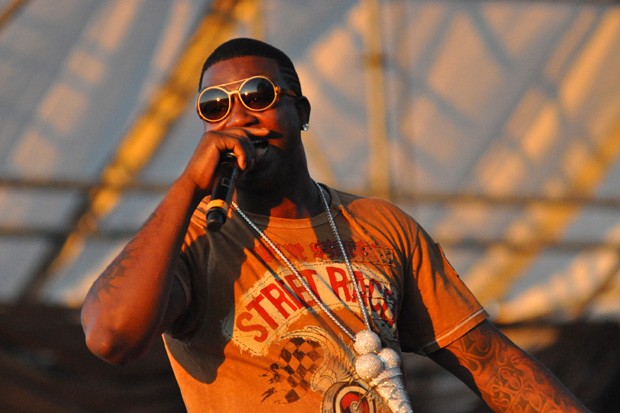 A cannabis-themed collection of cuts from artists inevitably include chestnuts such as "Legalize it," "I Got Five On It," or virtually anything from Snoop Dogg. Compiling a list of all the songs I could think of which had a reference to cannabis in some form—growing, smuggling, consuming, selling—quickly became a lengthy yet enjoyable YouTube rabbit hole session.

Cannabis is referenced in nearly every musical genre, save for Christian music. As far as that last category goes, there may pro-weed Christian artists of which I am not aware, but the "Puff Puff Pray" tracks appear few and far between.

Hip-hop has, by far, the greatest number of cannabis references, and underscores what a crucial role hip-hop has played in normalizing cannabis. Example? A recent Oreo cookie commercial features well-known weed baron Wiz Khalifa, who has his own cannabis products line and his too-cute-for-words offspring. This from the man who once spit "Smoking my ganja public, I'm all about that money / Dress like everyday sunny / Rolling weed like a Marley." As someone who's eaten multiple sleeves of Oreos while high, Nabisco made a great choice.

He's correct, and hip-hop artists' enjoyment and advocacy of cannabis is explored in a great piece on Medium, which combined three of my fav-or-ite things: Weed, hip-hop and pushing- glasses-up-bridge-of-nose level of statistical geekery. The writer used an n-gram analysis of Rap Genius to explore the number of times individual artists referenced cannabis, and it's on par with how often modern country references "trucks" and "dusty roads." (As the piece was published in 2015, some of your more stoned bangers won't be listed.) This should help give you some ideas for the aforementioned playlist.

The top 10 hip-hop artists, based on their mention of cannabis:

That list is for solo artists. Here's a list of some hip-hop bands fond of the cheeba cheeba:

The article also mentions, "The states that have most weed songs, and yet weed is still illegal, are Louisiana (1,358 songs), Texas (1,186 songs) and Pennsylvania (1,027 songs)." They concluded that "almost all states that have either legalized marijuana for medical use or decriminalized the possession have artists rapping about weed," and "There ain't a lot of rappers from states that legalized marijuana for recreational use, and they rarely rap about it."

So burn one down, and start creating your own "tunes to toke" playlist.