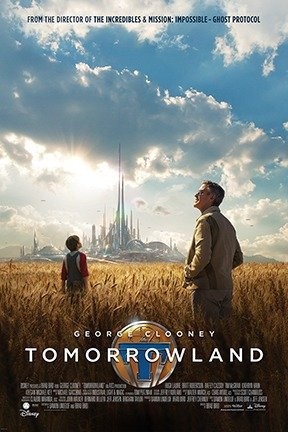 Tomorrowland is the new film by Brad Bird, director of The Incredibles, The Iron Giant, and Mission Impossible: Ghost Protocol. As wonderful of a filmmaker as he is, the trailer and description of the film make it sound like some Objectivist fantasy straight from the brain of Ayn Rand herself. Hopefully the script by Damon Lindelof (co-creator of "Lost") will focus more on the fantastic and less on the mundane.

Tomorrowland is not showing in any theaters in the area.