Top 10 Accomplishments for the City of Bend

City manager weighs in on progress in 2018

Editor's note: As we look back on 2018, we asked Bend's City Manager Eric King to reflect on the progress made by the city staff and council. We gave him very little direction—other than a missive to "list accomplishments." This is what he came up with. 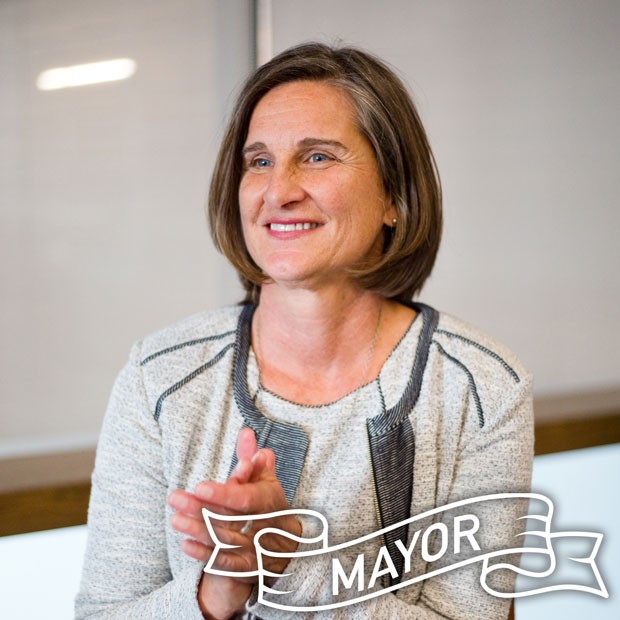 I've never seen a magazine with a Top Ten Best Places to have a heart attack, but if there was one, we'd make the cover. This year, voters approved a Fire Department operating levy with more than 70 percent approval, allowing us to continue some of our efficient life-saving programs. The levy helps fund an innovative "basic life support" system which allows us to meet response time goals—which directly relate to lives saved. Bend's cardiac survivability rate is one of the highest in the nation.

Our Police Department's improved staffing, award-winning wellness program and innovative community engagement program set the scene for more than 2,500 positive, preemptive interactions with members of our community. Relative to this, we had a 27 percent increase in officer-initiated (in other words, proactive) calls. These contributed to a reduction in mental health calls and allowed us to better respond to the serious 911 calls.

The Streets and Operations Department really upped its game in 2018. A Council goal to improve street maintenance and some creative, short-term budget reallocations to boost street maintenance funding resulted in improved streets. Crews treated nearly 100 lane miles of streets in 2018. Pavement Condition Index (a rating of street conditions on a scale of 0-100) in Bend increased to 73 in 2018, from 71 in 2017, (and 68 in 2015), our deferred maintenance backlog has been reduced from $91 million to $79.4 million and pothole complaints went down.

The City's Affordable Housing Program can't solve the housing crisis alone, but it's making a difference. With an anticipated project completion in Northwest Crossing by year's end, we'll have built 103 affordable homes this year, with 196 more homes in the pipeline.

This year we also won a legislative expansion of our urban growth boundary, which will add 185 more affordable units and 175 middle-income units east of Bend. And, our Affordable Housing Fund leveraged $24 million in funding from state, federal, and private partners to improve housing supply, too.

We wrapped up a seven-year, $30 million transportation system upgrade to street corridors and intersections all across the city. The 14th Street ribbon cutting in October marked the final transportation project funded by a General Obligation Bond voters approved in 2011. Improvements benefitted all modes of travel and also included Reed Market (which includes a roundabout at 15th and a new bridge and traffic signal at American Lane) and 27th Street, as well as new roundabouts at Brookswood /Powers, Simpson /Mount Washington and 18th /Empire—intersections that had a lot of serious crashes prior to improvements.

Following a public input process and a citywide vote that changed our charter, we modernized local government by allowing the voters to elect their own mayor, a change from our old system where Councilors selected a mayor from amongst themselves.

Community members probably don't talk about sewer all that much, but City staff do. In 2018, we finished the Southeast Interceptor, an 8-mile pipe under 27th St., carrying waste out of our growing city. We finished it ahead of schedule and under budget by almost $2 million. This pipeline relieved capacity issues, and because it's a gravity-fed system, it reduced energy use for pump stations that used to pump waste. The City also finished the water reclamation facility (sewage treatment plant) expansion, increasing its capacity by a couple million gallons a day. If you're not talking about sewer in your household, it's because the system is working.

The community-supported Growth Plan has shifted from community planning to action. In 2018, we figured out how to pay for the extensions of Empire and Murphy roads. Empire improvements are underway. We chose the contractors for extending Murphy Road and will begin that project in early 2019. We are on our way to updating the transportation plan, which involves 25 local residents and businesses in the creation of a plan that will serve Bend over the next 20 years. We also improved the North Area sewer, opening up land for development. Additionally, we are leveraging recent infrastructure improvements to begin additional planning work in the core and southeast Bend that involves a diverse group of community members. Phew!

The City is auditing its own facilities and operations and investing in improvements to reduce energy use and save money. We're also helping the community do its part to achieve community-wide fossil fuel reduction goals. With grant funds, the City hired a Sustainability Coordinator this year to manage the community climate action plan and public involvement process that will figure out what the community can do to reduce emissions in ways that benefit businesses and residents. Stay tuned!