Top 10 Films of the Year

An amazing year, at least in film. 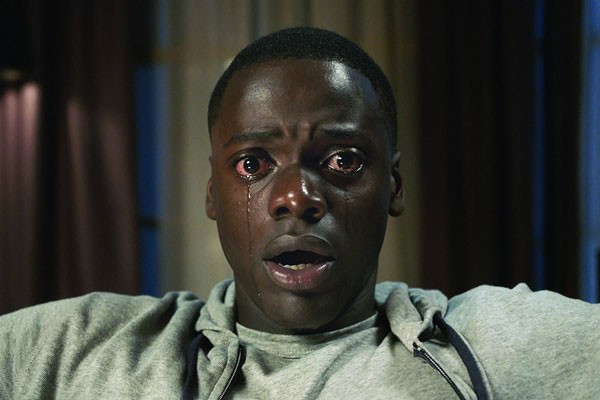 This is the hardest it has ever been for me to come up with a Top 10 Films list. The year 2017 will be remembered as the finest year for cinema of the new century (alongside 2007, which brought us "There Will Be Blood," "No Country for Old Men" and "Zodiac," among others). This year ranged from tent-pole blockbusters all the way to micro-budgeted indies that exceeded expectations and invoked either pure imagination or startling originality.

I watched 110 movies released in 2017, but still missed a few that I have a feeling could have changed my list a bit, including "The Florida Project," "The Shape of Water" and "The Killing of a Sacred Deer."

Still, these are my Top 10, and I feel lucky to have experienced each and every one of them.

10. War for the Planet of the Apes

Blockbuster filmmaking at its finest. Huge sections of the movie have barely any dialogue, but director Matt Reeves and the special effects team created a group of primates that will stay with you for a very long time. Steve Zahn's "Bad Ape" is the breakout character of the year.

Somehow, "The Big Sick" manages to follow every single romantic dramedy convention and yet still feel like a breath of fresh air for the genre. The true story of how comedians Kumail Nanjiani and Emily V. Gordon met and started dating is a testament to the magic of falling in love.

A gifted teenager named Justine heads to vet school where she tastes raw meat for the first time. The meat begins to change her into something quite different...something much darker. This French horror/satire is a mesmerizing knockout from the first frame.

Frances McDormand gives the performance of the year in this bleakly funny and bloody genre mashup from playwright Martin McDonagh. While about small town politics, it's also a macrocosmic look at how we grieve and whether revenge is always the best dish.

This seductive ghost story is actually a tale of isolation and depression in the iPhone era. Kristen Stewart gives the performance of her career as an American personal shopper in Paris trying to make contact with her recently departed twin brother. A magnetic work of art.

Love it or hate it, there's nothing quite like it. The subtext is on the surface, the thematic content is so layered that it becomes muddy and then operatic in its hyperbole. The film is just like true creation: messy, painfully self-indulgent and the only way it ever could have been.

This film offers so many layers, you can get something different from each viewing. Whether as a socio-political satire, a straightforward horror movie or a racial allegory, "Get Out" will just keep getting better with time.

In Paris, a group of Millennials orchestrate a terrorist attack across the city. That night, they hide in a massive department store, surrounded by the consumerism they hate so proudly. Hypnotizing, breath taking and brilliant, "Nocturama" is an explosion of pure cinematic artistry.

A tiny little film from the director of the "Pete's Dragon" remake, "A Ghost Story" isn't just the best film of 2017, but one of the best films I've ever seen. It follows a white-sheeted ghost hanging around the house he loved, watching his wife try to move on with her life. It delves into our concept of time, the way the world will move on without us and how the best things about us are what we leave behind. A masterpiece for the ages.