Here we are again. Another end of the year list and the end of a pretty phenomenal year for film. Normally, it's pretty easy for me to select a top 10, but this year I had around 25 in my list and it was like telling my kids they were ugly each time I eliminated one. With that said, here are my 10 favorite movies of the year.

10 "Mandy": Nicolas Cage lights a cigarette off of a flaming severed head a few minutes after snorting a huge pile of cocaine off of a battle axe he forged before hunting down the cult that took his wife. The movie isn't perfect, but it was the most fun theatrical experience I had all year.

9 "BlackkKlansman": Spike Lee finds his anger again while pulling off a mainstream crowd pleaser at the same time. The film still doesn't carry the weight of "Do the Right Thing," but it's a step back in the right direction.

8 "The Little Stranger": A crumbling old manor house in the country is the setting for a lovely story of class and rage disguised as a ghost story. The moments of creepiness are never as terrifying as watching the idle rich slowly lose their minds.

7 "Lean on Pete": What starts off as a simple story of a boy and his horse becomes a heart-rending look at what happens to a teenager without a support system in rural Portland. Not a fun movie to watch, but one that's impossible to shake off, even months after viewing.

6 "Thoroughbreds": What could have turned into another bleak look at disaffected youth was instead a darkly funny comedy of murder, manners and mental illness. The final performance of Anton Yelchin carries this movie all the way to its inevitable conclusion.

5 "Sorry to Bother You": Writer/Director Boots Riley has made something so startlingly original that his anti-capitalist screed almost seems revolutionary. This has all the anger Spike Lee used to have, combined with the batshit absurdism of "Being John Malkovich."

4 "Blindspotting": A beautiful mix of hip-hop lyricism set across three days in the life of a man on parole who saw a cop shoot an unarmed black man in the back. The final five minutes of this film will make you revel in the power of movies.

3 "Tully": Jason Reitman and Diablo Cody have made a movie about motherhood and growing up that feels like a love letter to moms everywhere. Charlize Theron sneakily gives one of her best performances while making it look completely effortless.

2 "Hereditary": Even with all the hype built up around this horror masterpiece, the film still managed to put ice in my blood for days afterward. This movie simply asks its audience to live up to their potential...even if that potential is demonic and creepy. 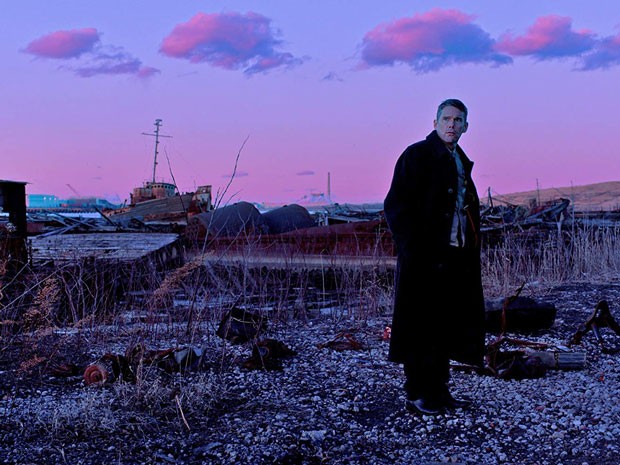 1 "First Reformed": Ethan Hawke gives the performance of his lifetime in this flawless look at an alcoholic priest confronted with violent extremism. Haunting, unforgettable and up there with films like "Taxi Driver" and "King of Comedy" as a funhouse mirror into a broken man.

Worst Movie of the year

"Spider-Man: Into the Spider-Verse"

Worst Actor of the Year

Best of the Rest:

"The Terror": Jared Harris is hypnotic as a doomed captain aboard a snowed-in exploratory vessel, wintering down as he and his crew search for the Northwest Passage. Flawlessly acted and directed, "The Terror" puts the Arctic chill in the bones of anyone who watches.

"Disgraceland": I love me some true crime podcasts, but so does just about everyone else in America, which might explain why we've been bombarded by them over the last couple of years. That's why "Disgraceland" is such a breath of fresh air: it's a true crime podcast focused just on the bad behavior of rock stars. The episode on Jerry Lee Lewis will sicken you while enlightening you at the same time.