Torched Towns: Could Bend be Next?

November 20, 2018
comment
While the most destructive wildfire in California’s history rages on, the U.S. Forest Service and Pyrologix—a Montana-based wildfire analysis firm—have identified the 100 communities in the Pacific Northwest with the highest cumulative risk of wildfire.

"The high ranking mentioned above confirms all the work that we have been doing since the 1990s," Dave Howe, battalion chief and public information officer for City of Bend Fire Department told the Source. "We live in a fire-dominated ecosystem, which means that our wildlands have adapted to fire and us humans need to do the same."

In Oregon, Merlin and Redwood near Grants Pass, Ore. topped the list of communities most threatened by wildfire. Medford, Bend and Warm Springs rounded out the top five. In Washington, the small town of Leavenworth east of Seattle, near the Okanogan-Wenatchee National Forest, was the most-threatened town, followed by Ellensburg, Selah, Spokane and Wenatchee. 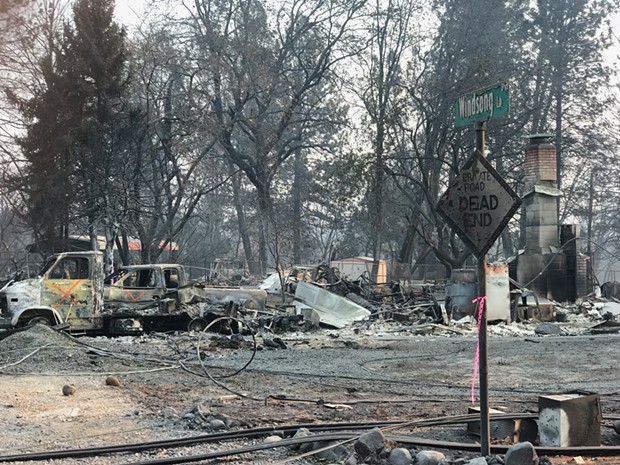 These top 100 communities face a greater risk of losing a significant number of homes—but also have the potential to do the most to cut risk, the study stated. The study offers a look at where fire officials at the state, local and federal level can concentrate their efforts in preventing mega-fires, according to a story on Oregon Public Broadcasting.

As fire seasons have grown longer and more intense in recent years—some say due to climate change, others blame a lack of forest management—the analysis represents an attempt to identify the potential for devastation in Oregon and Washington, according to the OPB report.

In November, the University of Washington and the Nature Conservancy published a study showing over 12 million people across the U.S. live in areas with where there’s a high potential for big fires—and also where there are not enough resources to prepare or adapt, the OPB story reported.

According to Pyrologix’s report, in Oregon, the 50 most-exposed communities comprise only 19 percent of the over 1 million housing units located on or near burnable land cover—which includes land covered by grasses, shrubs, tree litter, understory trees or logging slash—but 80 percent of the cumulative housing unit exposure.

Pyrologix says these results illustrate an unequal distribution of wildfire exposure among communities. Focusing fire-prevention efforts on the most-exposed communities is likely to result in the greatest benefit.

"Although we have frequent fires in the summer, there are plenty of things that residents can do to protect themselves, their families and their neighbors from the ravages of fire—most notably control the amount of vegetation fuels on their property and make the built-fuels (structures) less vulnerable to ignition," Howe said.