With tourism on hold, city and tourism agency budgets are going to be hit hard. With that, local leaders wrestle with how and when to invite tourists back

May 02, 2020
2 comments
The Central Oregon economy is highly dependent on tourism. As a result of the COVID-19 statewide lockdown, it's been decimated—making the local unemployment rate the third highest in the state. Going forward, the loss of room tax revenues will have a huge impact on the budgets of local city and county governments.

Two months into the coronavirus crisis, the Source checked in with local tourism agencies and city leaders to get a sense of the impacts of the travel ban on the community and those who lead the industry.


The local tourism industry is often the object of scorn and scrutiny by locals overwhelmed by the 4.5 million visitors that flood the region every year. Since the coronavirus pandemic began more than a month ago, the complaints have a taken an isolationist tone. Some locals fear a COVID-19 outbreak in the region caused by people coming from urban areas and bringing the virus with them. Between Deschutes, Jefferson and Crook counties, documented coronavirus-positive cases have not yet surpassed 100 to date. But all of that could change very quickly.

In other parts of the U.S., wealthy Americans have essentially escaped from COVID-infected cities to their second homes or to vacation rentals in resort communities and then seeded a larger outbreak. One Source reader wrote a letter to the editor last week, pointing out what happened in Ketchum, Idaho—a luxury resort destination in central Idaho. Sun Valley and Ketchum are in Blaine County, where the infection rate is 2,264 per 100,000 people, compared to Deschutes County’s 42 per 100,000.

Gov. Kate Brown’s statewide stay-home orders have basically banned recreational travel in Oregon. But along with many other aspects of the order, enforcement has fallen on cities and counties. In Bend, the City of Bend issued a strong advisory against non-essential travel, but the City Council declined to institute an enforcement mechanism. In Deschutes County, visitors and owners could be fined $1,000 a day for recreational bookings.


The local tourism industry employs 10,000 people and brings in more than $1 billion into the regional economy, according to 2019 economic impact data from Travel Oregon, the state’s destination marketing organization. tweet this

As these organizations fall into a paralytic marketing freeze, people in the region will continue to suffer devastating job losses while the City of Bend and Deschutes County will have to account for an evaporating revenue stream from lodging room taxes.

The local tourism industry employs 10,000 people and brings in more than $1 billion into the regional economy, according to 2019 economic impact data from Travel Oregon, the state’s destination marketing organization.

For Visit Bend, 90% of the organization’s budget comes from the 10.4% transient room tax that lodging companies collect and then pay to the City. Approximately 69% of that TRT money goes into the City’s general fund, and towards police, fire and infrastructure projects. Visit Bend gets the rest, or 31.2% to be exact.

At the beginning of May, Visit Bend will receive its revenues for March room tax collections, which will be much lower than last year. But it won't be until June and July that revenues will fall in line with Bend’s current occupancy rate. The organization could then be operating at a fifth of its normal budget. Early on in the crisis, Visit Bend's Dugan furloughed four of his staff, and three of his highest-earning employees (himself included) took salary cuts.

For COVA, about 70% of the transient room tax collected in the county goes to the county government, according to Theisen, COVA’s CEO. As for her organization, the picture is not quite as devastating as Visit Bend’s: COVA receives lodging tax revenues from the previous year from the state every July. Theisen said she laid off one-third of her staff, cut its membership program completely, and is now focusing on pushing out a virtual Central Oregon travel experience to keep the region top of mind for people who want to plan ahead. 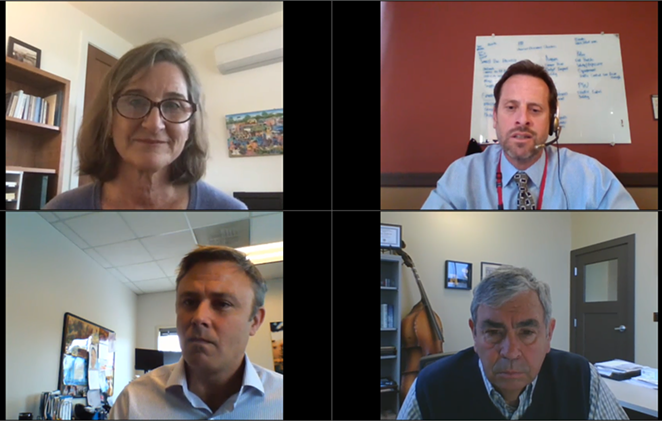 The future in phases


At a press conference of local leaders Thursday, Bend City Manager Eric King said he expects a $2 million- to $4 million-revenue loss for Bend as a result of the lockdown. Redmond’s City Manager Keith Witcosky said he anticipates Redmond will lose up to $1.7 million through June 2021.

Both King and Bend Mayor Sally Russell told the press Thursday that cities don’t have a formal say in the plan to reopen the state. Instead, the City will focus on communication and enforcement as guidelines come down from the governor’s office.

With that in mind, King wants to concentrate on local businesses before opening up the city to visitors.

“The first stage of this opening is to help our local economy gain access to our population while remaining very cautious about having outsiders coming from out of the area,” King said. “[We want] to avoid a relapse into that shelter-in-place mode we’re in today.”

“Hopefully, as we re-emerge under new guidelines from the state, we won’t have a big surge of tourists that inadvertently, and unintentionally, end up bringing COVID-19 into our town,” Russell said.


A ray of hope for local businesses


“I’ve never worked harder in my life than I have over the last month, just to keep the train on the tracks, to work with local business to help them get through this, to support the City with messaging,” said Dugan of Visit Bend.

Dugan told the Source that early on, the organization used the powerful search engine ranking power of Visitbend.com to disperse vital information to potential visitors and the Bend community about COVID-19 and essential businesses.

Dugan’s latest effort is working with local tour operators and tourism destinations to pivot their marketing messaging to people who live in Bend.

“A lot of people move here and they’ve never gone to the High Desert Museum, never been on a raft trip with Sun Country Tours,” Kevney said. 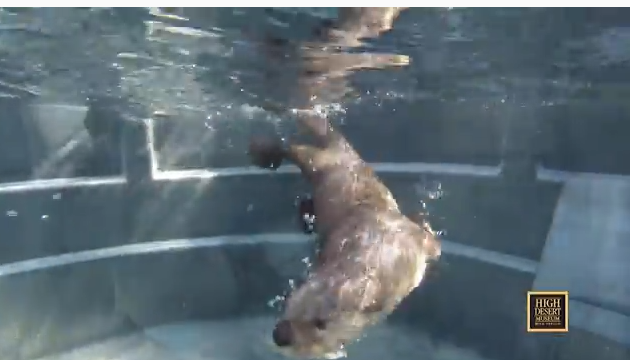 These types of businesses won’t be first in line as cities begin to phase in retail and some restaurant operations during the first phase of reopening. But Dugan wants to be prepared to spread the message among locals that Bend tour companies are also small businesses the local community can help to save.

“I think we’re here to provide hope,” Dugan said. “We went through the recession and had to build our way out of that. We focused on Oregonians as our primary market. We’re just going to be a lot more adaptable with our investments.”

Is there anything else the community should know about the tourism industry as we move through this pandemic?

“This industry is not the enemy of this community,” he said. “We’re a piece of the puzzle.”