With interior design, there's a "farm chic" black hole versus a multiverse of design game changers

With so many out-of-towners descending on Bend, it can be hard to answer the question: Do national home design trends play in the high desert? How long can we tap the farm-chic look before there's nothing left? With the building and remodeling sector the only industry seeing growth in 2020 in our region (and no end in sight), these are all questions on the minds of designers and developers alike. 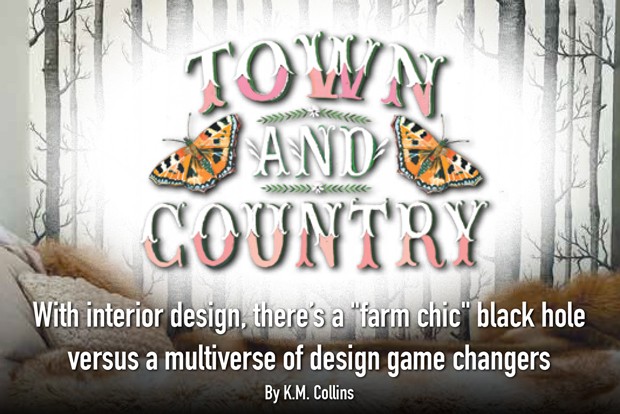 Kerri Rossi, co-owner of Element Design Collective and principal designer at KMR Design Firm, is seeing a loosening of what was once a logjam in local interior design trends. Where locals used to be roughly four to five years behind some of the most out-front trends, due to the flood of in-migration and the many "Zoom Town" workers, trends are reaching Bend in more like one to two years, Rossi said. With 25 years in the business, she has plenty of experience to back up that assertion. 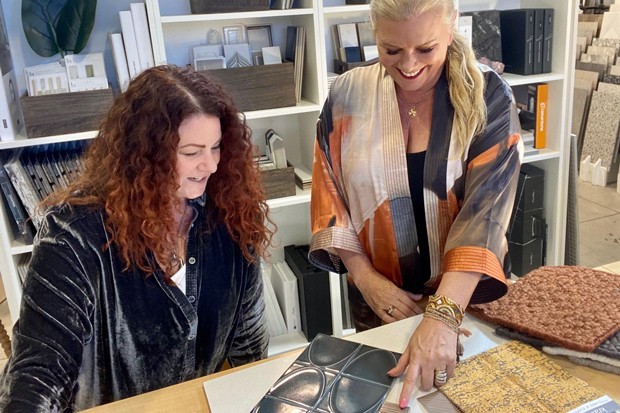 "As little as three years ago we'd lament how Bend was years behind in trends. Case in point: hardly anyone wanted a white kitchen or bath four years ago, but once that trend hit finally hit here, designers on a national level were saying it was five years old already. Today that timeline between Bend and larger cities seems to have tightened up. This is due to the higher usage of social media sites like Houzz, Pinterest and Instagram showing off design trends and even some of the home improvement TV shows. This has caused locals to get comfortable with new designs, faster," Nelson said. "The great amounts of people moving from larger cities has also changed that. We often hear of people wanting to update their homes here with what they had back at their house in L.A. or Seattle."

The result of outside influence? Rossi said a current client, who recently relocated to Bend after previously residing in row houses in San Francisco, shared an image of three mangoes to guide the color palette of her remodel—a major shift from farm chic, homestead or anything of the like that has long been popular locally. The client chose a bright-orange kitchen range and an ornate blown-glass, burnt orange and amber light fixture for the dining room—both selections undeniably infused with mid-century modern undertones. 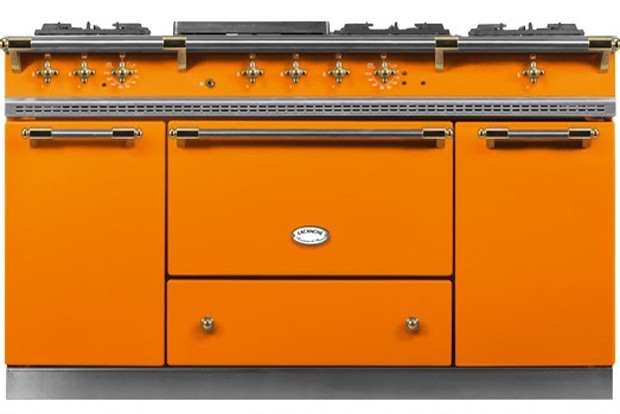 Hank Hill, owner/operator and general contractor at Bend Craftsmen Company, sees clients preserving some elements of their '80s- and '90s-built homes during remodels, while complementing them with new trends. In a recent Sunriver project, much of the original wall and ceiling wood paneling was preserved while a modern media center, reading nook, slatted accent wall and new flooring were installed.

With so much mixing of old and new, showrooms become an essential tool for building and supply retailers. Rossi, with partner Jane Wirth, just opened Element Design Collective, a "design delicatessen" located in southeast Bend. Rossi wants to welcome folks into a warm space where they feel at home and can access and experience samples from the best vendors in flooring, interior doors, trim, lighting, cabinet hardware, appliances, bathroom accessories and windows. Believing many of these elements to be the "jewelry" of one's home, Rossi provides a showroom selection process inspired by that of picking out precious gems.

Meanwhile, Nelson Tile and Stone is moving and expanding its longtime staple and popular kitchen-and-bath-focused showroom off Division Street in Bend. 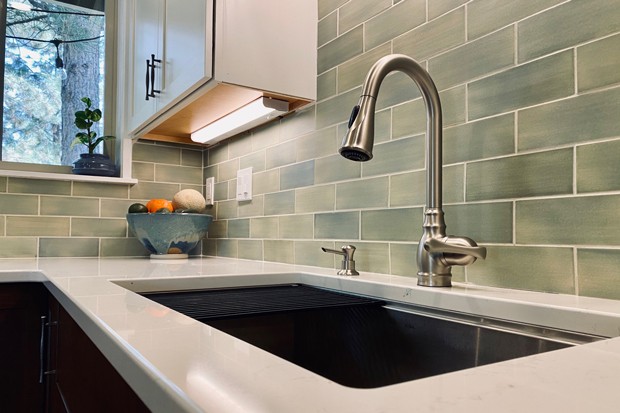 "I can say we are definitely bringing a better kitchen and bath experience to Central Oregon within this next year," explains Nelson. "But we haven't fully revealed that yet. Being able to get everything under one roof and expanding with more thoughtfully curated products is important to us. Bend is off the beaten track, but we try to think outside of our little community. Both [owner and founder] Chris [Nelson] and I were born and raised in Bend, but we are often off to the bigger cities to learn about what we don't have here in Bend and find ways to bring it back to our beloved town."

It's no secret that the past year, with everyone at home more than usual, has spurred a renewed interest in sprucing up kitchens, bathrooms and other rooms of the home.

"Everybody is remodeling," notes Nelson. "Top reasons that we often see are homes built in the early to mid 2000s, when travertine and tiled counters were all the rage. Now people want lighter-colored rooms and less grout everywhere. Another trend is for new homes. People want to pull out builder-grade acrylic tubs and showers in favor of custom showers. We also upgrade counters on homes that are less than two years old in favor of better-performing quartz and granite with more popular patterns in the stone. We often are asked to upgrade second homes in the resort areas that are now becoming permanent residences for our customers."

In terms of revamping surfaces, Hill, who won a 2021 Best of Houzz award, sees clients asking for subway tiling, oftentimes handmade or set on a vertical edge. He also notes the popularity of the living room media and gas fireplace surround pop-out. Perfect for post-winter recreation lounging and Netflix binging, Hill feels this trend is played out on the national scene, but the functionality of the buildout for the Bend lifestyle is just too practical for it to die, he said. 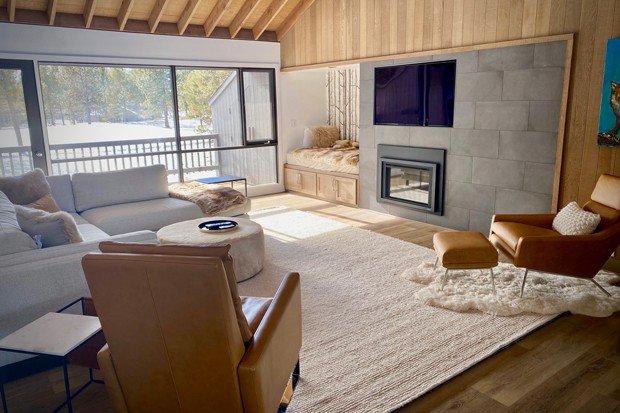 Rossi, the designer, believes the onset of working and educating from home amid COVID restrictions has only bolstered what was already a lifestyle-driven market in Bend.

"Patrons have been adopting more pets, not going outside as much and generally spending more time at home." As a result, durability in products is prioritized on par with, or above, aesthetics. Both Rossi and Hill see this in their client's selections for flooring. Luxury laminate and vinyl are all the rage.

A second trend Rossi shares is some clients working on two homes simultaneously. In this scenario the newcomer builds a forever luxury home while living in an interim, less-desirable home they concurrently remodel—the move often prompted by COVID.

The farm chic that won't die

Because a love for outdoor sports is often a primary motivation for moving to or living in Bend, it's hard to imagine farm chic, rustic, reclaimed and homestead-driven looks completely dying out. A local hallmark, like stucco in the Sonora or brownstones in New York, it seems that the downhome-country vibes are foundational in the Bend building brand for the foreseeable future. Colonial Urban Prairie Oregon Trail habits die hard.

Work to seamlessly combine the outside and inside and, when selecting lighting and cabinet hardware, think of it as the jewelry of a space, says Kerri Rossi of Element Design Collective.

Gain inspiration from media that delves into trends in building, says Jennifer Nelson of Nelson Tile and Stone. She recommends the show, "Rock the Block," on HGTV and Hulu, where top design personalities all get the same house and compete by designing it their own way.

"It's great to see very different versions of the same house and know that there's more than one way to do a room and still be on trend," Nelson advises. "It's also interesting to see one team do something that they think will catapult them to a win, only to find out three other teams are doing the same thing! That's when you know you've got a current look."