Town Hall Tonight for Another Cell Tower Planned Near a School

January 07, 2020
comment
Concerned parents, students and community members will meet tonight at 7pm at Mountain View High School cafeteria to voice their opinions about Verizon Wireless’ plans to build another cell tower near a school in Bend.

Verizon Wireless filed a pre-application to build a cell tower about 300 feet from Trinity Lutheran School in 2019. The proposed tower would be 60 feet tall and within 500 feet of a neighborhood—triggering both the need for a conditional use permit from the City of Bend and a public hearing before it's built. 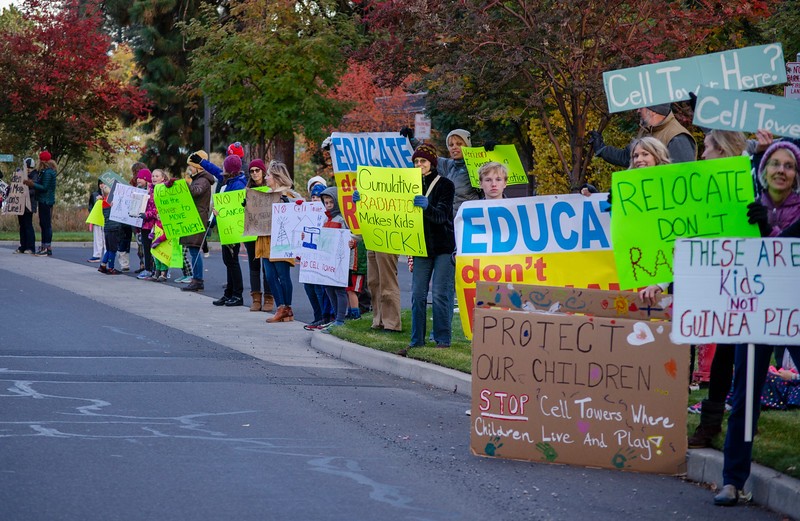 Verizon Wireless plans to build the tower so that it looks like a pine tree, according to KTVZ. It will be located behind the U.S. Market near the intersection NE Butler Market Road and NE 27th Street, and across the street from Trinity Lutheran School.

On December 4, Bend City Council unanimously passed Resolution 3181, which is a letter from City Council to the Federal Communications Commission, Oregon Senators Jeff Merkley and Ron Wyden and Oregon Rep. Greg Walden. The letter requests that the FCC update studies on the potential health risks of the radio frequency from 5G cell towers. There are no 5G cell towers in Bend, but they will be required for new technologies like self-driving vehicles.

The resolution was a response to complaints of students and parents from Elk Meadow Elementary School in southwest Bend. The group is called "Stop Cell Towers at Schools" and will collaborate with concerned parents, students and staff at Trinity Lutheran who are working to stop Verizon from building another cell tower near a local school.