Trademark Disputes? In My Cider?

Why Atlas went Avid over the weekend 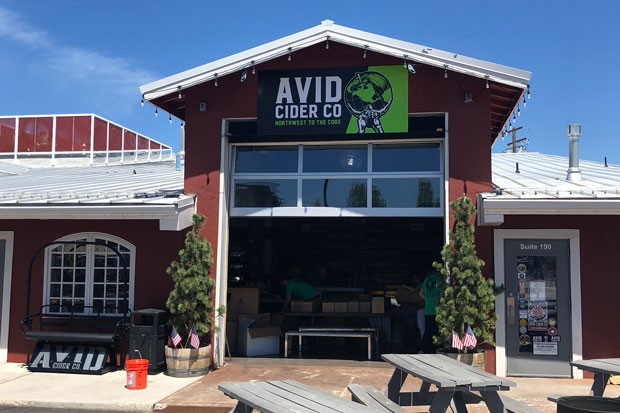 It was a lovely, sunny weekend for Avid Cider Co. to celebrate its fifth birthday. Carnival rides were humming in the parking lot, bands played, and there was plenty of Avid cider, Avid T-shirts, Avid stickers and Avid sunglasses on offer for everyone. If the name "Avid" sounds unfamiliar, though, it's understandable—until last weekend, the company was called Atlas.

As first announced last month, the Bend area's largest cidery changed its name due to a trademark complaint from a brewer on the other coast. The Bend company filed the name "Atlas Cider" with the U.S. Patent and Trademark Office in early 2013, but just three weeks before that, Washington, D.C.-based Atlas Brew Works filed a trademark for its own brewery. With Atlas Cider expanding across the Northwest, Atlas Brew Works becoming a big regional guy in the Mid-Atlantic area and the two companies' logos undeniably looking a little similar, Atlas Cider decided to change names to Avid instead of risking a costly legal defense in court. (They'll still get to keep the imagery of the Greek deity Atlas on their packaging, however.)

Avid certainly isn't alone in dealing with naming issues like these. With over 4,000 breweries operating in the United States, companies have tussled with each other over similar-sounding names for breweries, beers and lots more for over a decade now.

You may remember it locally, too. When 10 Barrel Brewing began producing beer in 2006, it was called Wildfire Brewing. The owners were forced to rename after receiving a complaint in 2009 from Wildfire Restaurant, a Chicago-based chain of steak joints, and went with "10 Barrel" after fielding suggestions from beer fans on their MySpace page (yes, they're that old). Meanwhile, one of The Ale Apothecary's year-round sour beers is officially called "The Beer Formerly Known as La Tache" because the "real" La Tâche is a French wine appellation and thus can't be applied to products not from the region.

Thanks to the crowded craft market, disputes large and small are breaking out nationwide. Look at Denver's Strange Craft Beer Company, which had to adopt the slightly unwieldy name after a year-long trademark battle with a homebrew shop in Massachusetts called Strange Brew. Or Two Brothers Brewing from Illinois, which filed successfully to have both Virginia's Three Brothers and Colorado's Zwei Bruder Brewing ("two brothers" in German) re-brand themselves. The list goes on.

It's a reminder that as much as craft brewers talk about the camaraderie prevalent in the industry, it's still undeniably a business, and that can lead to some not-so-friendly legal orders. At least the gang at Avid has some wonderful cider to lessen the sting of replacing all their merchandise.