The Deschutes National Forest and Willamette National Forest will alter their permitting system after experimenting with a system that allowed people to buy permits a full season in advance. Last year was the first year the Forests enforced a permit system for some of the popular trails in Central Oregon.

"Last summer there was a significant number of 'no-shows' primarily caused by people making advanced permit reservations and not using their reservation," a joint press release from the two National Forests said. 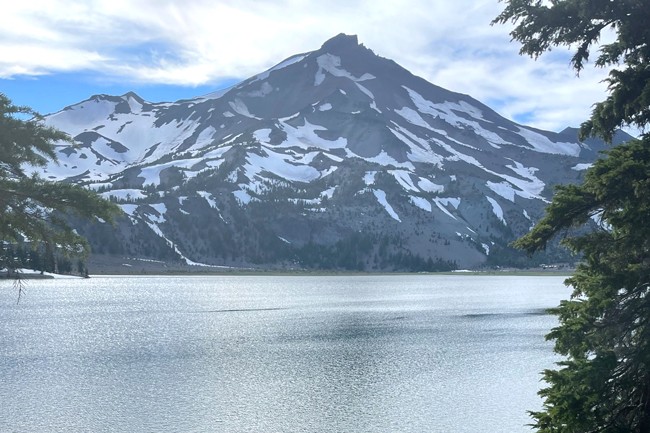 This year, all day-use permits will be released on either 10-day or 2-day rolling windows during the permit season beginning June 15 and ending Oct. 15. Previously the permit season ran between the Friday before Memorial Day to the last Friday in September.

"This change aligns the permit season with the actual season of use. Last year people had permits in early June that were unusable due to snow and road conditions while the wildernesses were accessible in early October," the press release said.

The overnight permit system is now based on the date of entry rather than requiring users to select every day they plan to stay. A 14-day maximum will remain in place to avoid overcrowding.

Day-use permits are required on 19 of 79 trailheads in the Mt. Jefferson, Mt. Washington and Three Sisters wilderness areas, and for all overnight permits. Reservations can be made through recreation.gov, or over the phone by calling 1-877-444-6777.

The Forest Service started the permit system last year, after the Central Cascades Wilderness Strategies Project found overall use had increased by 231% since 1991. Day-use permits are targeted toward trails that became especially popular in that time. The remaining 60 trails don't require a pre-arranged permit, but hikers do need to fill out a free self-issue permit available at the trailheads.