Trailblazing: From Low-Cal to Big Gains

Deschutes Brewery steps away from lighter beers, making a powerful & tasty hazy IPA in the process

When I first heard about Deschutes Brewery's new beer, I almost couldn't believe it. Bulk pHaze, a hazy double IPA, that's heavy on the calories, carbs, ABV and made with protein malt—was it for real? Turns out, yes. 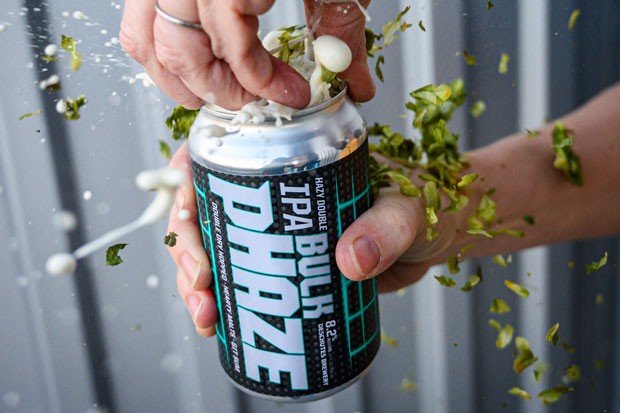 Inspired by Lead Brewer Tanner Hulse, who decided to embrace being the "resident bro" amongst his coworkers, Hulse and company took something that stemmed from a joke of bulking up and turned it into something great. While Bulk pHaze is packed to the brim with ingredients that might make you think it'd be heavy to drink, it's actually really smooth. The beer boasts awesome citrus flavors that any hazy IPA fan would enjoy. Made with over three pounds of milk sugar in each barrel, the sweetness created during the brewing process really shines through. For weight lifters looking to maintain a certain calorie intake, the Bulk pHaze would actually make for tasty treat that could keep you (kinda, sort-of... it's beer) on track. It just comes with a much higher ABV (8.2%) than your usual protein shake.

As of late, Deschutes has been creating a variety of low-cal and low-carb beers like the WOWZA! or Da Shootz!, so it's cool to see them work in the other direction for people who might want to pack more of those contents in their late-night beverage. Deschutes already held a release party where people could show off their strength on the bench press, and on Instagram it looked like 10 Barrel may have challenged them to a bench-off. We'll see if that goes anywhere, and who knows—maybe protein beers will be the next trailblazing item in the beer industry?

In the meantime, Bulk pHaze is a very limited release. If you want to try it, head to the Deschutes tasting room on Simpson or the downtown pub to get it while it lasts. 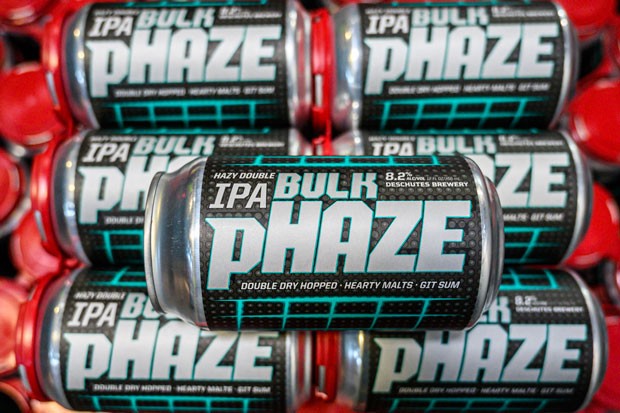