Throughout the world, truffles have long been a delicacy favored by royalty and commoners alike. Recipes featuring the Italian Piedmont white truffle or the French Périgord black truffle date back to the first century during the reign of the Roman Empire.

Fast forward to today and the Pacific Northwest, where the highly sought-after Oregon white truffle is found. Tuber oregonense, and the Oregon black truffle, Leucangum carthusianum, grow from Vancouver Island to San Francisco—mostly in Douglas fir woodlands west of the Cascade crest. Both are irregularly-shaped fungi which resemble very small, knobby potatoes, rarely exceeding 2 inches in diameter. These "little black diamonds" are the fruiting bodies of mycorrhizal fungi, which grow underground and require an experienced nose to find them. 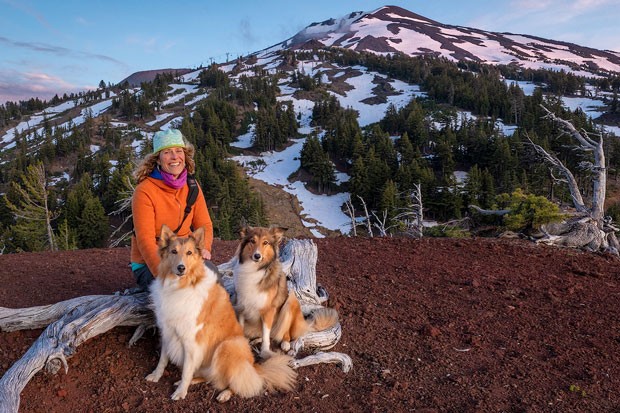 Mature truffles put out an aroma which trained dogs can detect, alerting their handler to the fungi's location.

"Once you teach your dogs the concepts of nose work, you can work with lots of different things in terms of what you want your dogs to find," said Camilla Welhaven, owner of Ain't Misbehaving, a reward-based dog training business that includes nose work, truffle training and behavior and training consultations. "Truffle hunting is another level of being outside and in the dirt, which feeds into a dog's natural instinct to hunt."

Welhaven recommends starting simple and making it significant for the dog. Bob Walker, operations manager of Tucker's Oregon Truffle LLC and master of ceremonies at the Joriad National Truffle Dog Championship held in Eugene this past January, agrees that finding "the hook," an activity or high-quality treat reward, is critical to that which turns a dog on to find truffles. 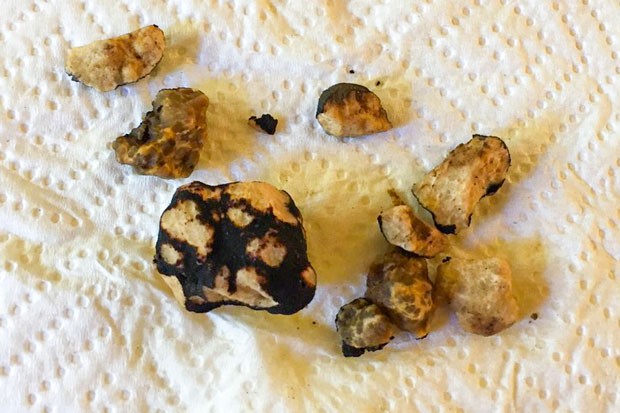 Welhaven teaches a six-week truffle dog training course in Bend. After starting out with the basics of nose work and scent detection, she moves onto using truffle scented oil. "Dogs have a natural ability to locate items by scent, but they don't have to do anything for themselves. They need to be incentivized," explained Welhaven. Initially, Welhaven uses a controlled interior environment. Once the dogs learn to locate an object, such as a hide or small container scented with truffle oil, then the training move outdoors where the aroma palette is a lot more complicated.

Outside there are numerous distractions: squirrels, deer, other animal poop and a host of other tantalizing scents. Handlers work hard to focus on a particular odor the dog wants to find in order to receive a reward.

"Really, the key factor is the human-dog connection," said Welhaven. "Owners need to understand their dog and all the behavior that precedes an alert." An alert may be the dog sharply changing directions, digging or pawing at the ground or touching the ground with their nose before sitting. These behaviors can be taught to the dog through training, but also rely on the handler to be aware. It's a team effort between the human picking the right area where truffles may be found and the dog picking up the scent. The dog doesn't really care about the truffle; it's the reward after the treasure hunt that they are after. 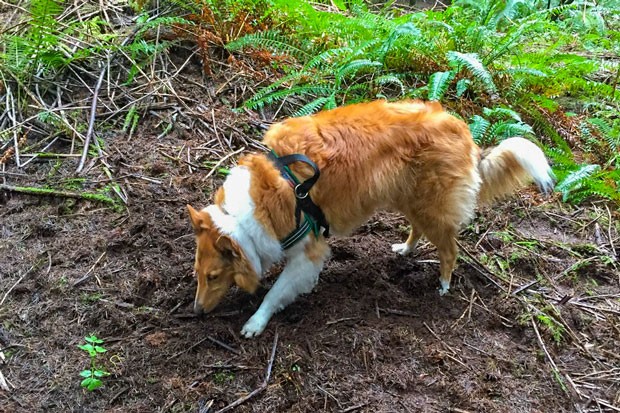 "The hardest thing about finding truffles is finding a place to search," Walker said. Walker and his wife, Deb, lease tree farms in the Willamette Valley, and use their dogs to hunt for truffles, rather than raking an area which can destroy the immature truffles.

Many folks might imagine a bloodhound as the ideal truffle dog, but really, any trainable breed will work. Welhaven, who searches for truffles with her two rough-coat collies, believes that generalist-types of dogs such as German Shepherds, Labradors, Malinois, retrievers or doodles make fine truffle hunting dogs. "Bloodhounds are so specialized, with their noses to the ground, tracking and running after their quarry," explained Welhaven. Another popular truffle-hunting dog is the Lagotto Romagnolo, a curly-coated, mid-sized dog named after Italy's Romagna region.

No matter the dog, finding truffles for fun or profit is a growing endeavor in the Northwest.