On June 18, the City Club of Central Oregon is hosting a forum on the topic of expanding healthcare for transgender Central Oregonians.

Erin Rook, diversity coordinator at Oregon State University-Cascades and co-founder of the Central Oregon Trans Health Coalition, will moderate the event, bringing in area medical professionals and other transgender experts. 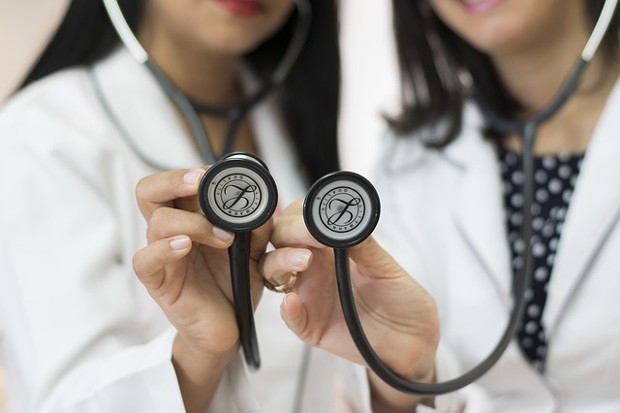 According to the City Club's website, as Central Oregon businesses and organizations have become increasingly aware of the importance of diversity, equity and inclusion (DEI), they can struggle with how to mirror the best practices of big city organizations that have dedicated DEI staff.

Even with Oregon's inclusive laws, the transgender community still faces hurdles. According to the 2015 U.S. Trans Survey, 33 percent of respondents experienced a problem with insurance in the past year, related to being transgender—such as being denied coverage for care related to gender transition or being denied coverage for routine care because they were transgender. Thirty-six percent of those who saw a health care provider in the past year reported having at least one negative experience related to being transgender—including being refused treatment, being verbally harassed, being physically or sexually assaulted or having to teach the provider about transgender people in order to receive appropriate care. And 15 percent of respondents reported that a professional, such as a psychologist, counselor or religious advisor, tried to talk them out of being transgender.

During the panel, people will hear from experts as they discuss how health systems serving the rural areas of Central Oregon are drawing on local expertise to create meaningful systemic change for transgender individuals.

"What I recognized is that nobody really from pediatrics was treating transgender folks in Central Oregon and historically they were having to go up to Portland." -Ellie Millan tweet this

One of the panelists is the new Pediatric Director at Mosaic Medical, Ellie Millan. Millan—who's a pediatric nurse practitioner by trade—said she got into transgender care about the same time the Oregon Health Plan agreed to begin covering transition-related care, in January 2015. Millan said she started seeing a pair of transgender brothers, both trans male, about four year ago.

"What I recognized is that nobody really from pediatrics was treating transgender folks in Central Oregon and historically they were having to go up to Portland," Millan told the Source.

Another panelist is Dr. Rebecca Scrafford, a pediatric psychologist who works out of St. Charles' Programs of Evaluation, Development and Learning clinic, and does assessments for Central Oregon Pediatric Associates. While her primary focus is on autism, the increasing request for assessments of transgender youth inspired her to bring education and awareness to St. Charles and the broader provider community. Scrafford is also a co-chair of the Central Oregon Trans Health Coalition.

Also on the panel is Trinity Anderson, a military veteran who facilitates a transgender support group for the LGBTQ nonprofit, Human Dignity Coalition. She also advocates for the rights of transgender veterans and has worked with the local Veterans Affairs clinic to increase its understanding of the needs of transgender patients.

According to the Williams Institute—a think-tank at the University of California-Los Angeles Law School focused on LGBTQ research and public policy—an estimated 1.4 million transgender people live in the U.S., with an estimated 19,750 in Oregon.

Rook said that while he's not aware of any Central Oregon-specific research, he estimates there are over 1,000 transgender people in Central Oregon, factoring in that among the wider Oregon population, .65 percent of people are transgender, according to WI figures.

Oregon has the seventh-highest percentage of transgender population in the U.S., according to WI. Rook said this may be due to the fact that Oregon has more trans-inclusive and support laws and policies—particularly with respect to health care and changing identity documents.

Still, according to Rook, little changes can make a big difference for young people.

"The good news is that according to a study in the October 2018 issue of Adolescent Health, calling a transgender student by their chosen name can reduce the risk of suicide by 65 percent," Rook said.