Transparency and listening fall off in appointee process

Ahead of the November election, then-Mayor Pro Tem Sally Russell promised, were she to be elected as Bend's first directly elected mayor, that she would prioritize listening to constituents as she makes City decisions. Following the election, then Mayor-Elect Russell, tasked, along with the rest of the council, with appointing someone to fill the council seat she'd vacate upon ascension to mayor, promised to offer a council appointee process that would be "as transparent as possible." 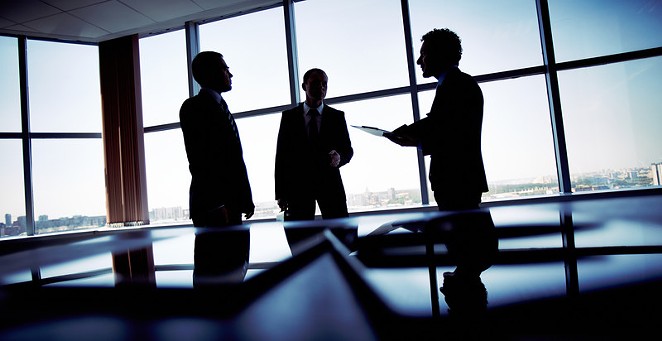 With the recent City Council appointment process, we've seen neither of those promises fulfilled.

On Wednesday, the Bend City Council voted 4-2 to appoint Chris Piper to fill the two years remaining of Russell's term. On Monday, each councilor had the opportunity to name three finalists for the seat. Only Councilor Justin Livingston had Piper on his shortlist. We can only assume that between Monday and Wednesday, councilors had a change of heart—but based on emails that came into councilors' inboxes, that change of heart wasn't necessarily based on listening to the community.

A public records request of communications to, by and between councilors from Monday through Wednesday reveals that a number of emails were sent to city councilors in regard to the City Council appointment. Five people wrote to the entire council during that time, expressing support for council appointee candidate Kerani Mitchell. Another email went directly to Mayor Russell in support of Mitchell. Another email went to the entire council from someone who said appointee candidate Karen Austin was their second choice—though the writer did not share who their first choice was. Another email expressed support for a "moderate right voice," but did not name a specific person. None of the emails sent in that time frame expressed specific support for Piper.

If "listening" were a priority for this mayor and the wider council, it should stand to reason that the vast majority of these email writers would have been listened to.

Russell told the Source, when we asked her why she seconded the motion to appoint Piper on Wednesday, "I supported Chris Piper because I know he will help build bridges in our community and our government and pull people together." Russell went on to say, "I ran for this office promising to be the mayor who listens, and who operates with full transparency."

Councilor Gena Goodman-Campbell told the Source this week that she spoke with Russell on Tuesday—following Monday's meeting—during which time Russell encouraged Goodman-Campbell to support Piper. "It was the first time I had heard her advocate for a specific candidate," Goodman-Campbell said. She added, "Soon after that conversation, I received an email from a representative from the Chamber of Commerce encouraging me to support Chris Piper as well." That email, while falling under the time frame of our public records request, was not among the emails delivered to the Source.

This leaves us wondering—beyond the alleged Chamber of Commerce advocacy—what conversations happened between Russell and other councilors, which aren't revealed by public records requests? (We also requested text messages, which are still forthcoming.) Why would the council select the candidate who garnered only a single letter of support (and that we are only aware of due to Goodman-Campbell's admission) over a candidate who garnered six letters of support in three days' time?

"My understanding was that the decision was based primarily on a desire to maintain the partisan ideological balance of council," Goodman-Campbell told the Source. Voting records reveal Piper is a registered Republican.

This process smacks of back-room dealings.

The Bend City Council is a non-partisan governmental body, yet it opted to appoint its new councilor based on that candidate's partisan position—and did so over what appears to be broad public support for another candidate, who also happens to be the sole person of color on the shortlist.

The hazy public process, the partisan finagling, the apparent ignoring of the letters of support, and the fact that this decision was done in haste, with little public discussion of the candidate who eventually got the position, is not an ideal way to start off with this new makeup of the council.

Not only did transparency and listening go by the wayside, but so too did much public trust. This was a travesty of a public process. We expect much better from the Bend City Council.