Separating the fact from fiction in Halloween legends 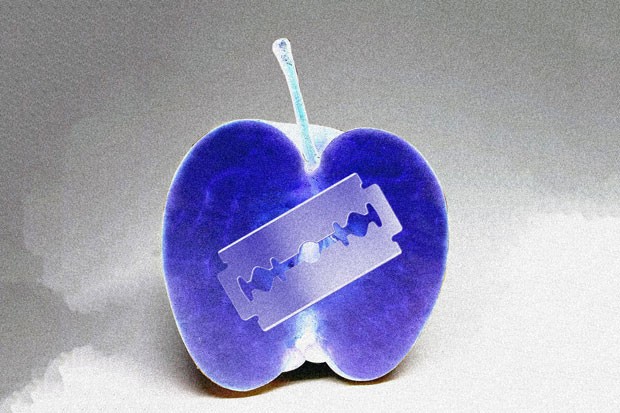 Many of us grew up with urban legends surrounding Halloween, from spooky houses that you weren't supposed to go near, to sharp objects and even poison in candy.

But are those yet another case of "fake news?" We wanted to find out.

Author Jack Santino notes in his history of Halloween on Snopes.com that "pins and needles" rumors began to supplant "poisoned candy" rumors in the mid-1960s. Nearly all rumors proved to be hoaxes.

Beginning in 1967, the focus shifted from poison to razors and sharp objects hidden in apples. The emergence of the razor blade legend apparently spread rapidly from several areas on the eastern seaboard. In 1968, outrage was strong enough in New Jersey that the state legislature passed a law shortly before Halloween, mandating prison terms for those caught booby-trapping apples.

According to a report titled "The Razor Blade in the Apple: The Social Construction of Urban Legends," written in 1985 by Joel Best and Gerald T. Horiuchi, between 1958 to 1971, more than 75 percent of reported cases of objects in apples involved no injuries. Detailed follow-ups in 1972 and 1982 concluded that nearly all the reports were hoaxes concocted by the children or parents.

According to Snopes, Best, a professor of sociology at California State University, Fresno, reported that he was able to track about 80 cases of sharp objects in food incidents since 1959, and almost all were found to be hoaxes.

However, in Minneapolis in 2000, 49-year-old James Joseph Smith was charged with one count of adulterating a substance with intent to cause death, harm or illness after it was determined he put needles in Snickers bars and handed them out to kids on Halloween, according to Snopes. The article said a 14-year-old boy got pricked by a needle hidden in a bar he'd bitten into, but didn't require medical attention.

The most famous case of Halloween candy poisoning was the 1974 murder of 8-year-old Timothy Marc O'Bryan at the hands of his father, Ronald Clark O'Bryan, in Houston, Texas, according to Snopes.com. The child died at 10pm on Halloween, as a result of eating cyanide-laced Pixie Stix acquired while trick or treating.

To make his act appear more like the work of a random madman, O'Bryan also gave poisoned Pixie Stix to his daughter and three other children, the story states. None of the other children ate the candy.

The prosecution proved O'Bryan purchased cyanide and had (along with a neighbor) accompanied the group of children on their door-to-door mission. None of the places visited that night were giving out Pixie Stix. Young Mark's life was insured for a large sum of money, and collecting on this policy has always been pointed to as the motive behind this murder.

Though the case was based on circumstantial evidence—no one saw the father poison the candy or slip the Pixie Stix into the boy's bag—Ronald O'Bryan was convicted of the murder in May 1975. He received the death sentence and was executed by lethal injection on March 31, 1984.

The following is an excerpt from a Los Angeles Times interview with Best, who's been working on debunking the tampering myth for over 30 years:

"We checked major newspapers from throughout the country from 1958 through 1988," he said, "assuming that any story this horrible would certainly be well reported."

The research team found a total of 78 cases and two deaths. [The two deaths Best was referring to were the O'Bryan murder and the accidental poisoning of Kevin Toston.] Further checking proved that almost all of the 78 cases were pranks. The deaths were tragically real, but they, too, were misrepresented in the beginning.

The pranks, he said, involved kids—after years of hearing similar stories—inserting needles or razor blades into fruit, not realizing (or maybe realizing) how much they frightened their whole town.

"My favorite," Best says, "was the kid who brought a half-eaten candy bar to his parents and said, 'I think there's ant poison on this.' They had it checked and, sure enough, there was ant poison on it—significantly, on the end he had not bitten." Of course, the youngster had applied the poison himself.