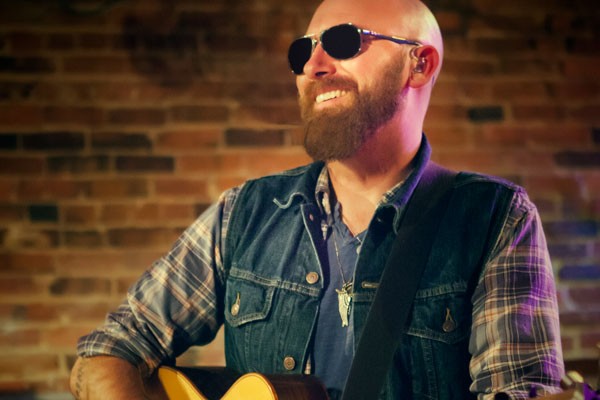 Country music generally isn't my forte. My experience with it centers on Johnny Cash and Willie Nelson, two of my dad's favorite artists. In speaking with country crooner Corey Smith, it became apparent that country music wasn't his first love either—but with time came a growing affection.

"When I was starting out, I never thought about whether it was country or not," Smith says. "Growing up in a small town in the South, I was always around country, southern rock and gospel — those things are ingrained in me. When I was a teenager, I was rebellious, I wanted to listen to my own music. I loved listening to Alice In Chains, Pearl Jam, Nirvana... I liked listening to hip hop and rap and later on Matchbox Twenty and Hootie and the Blowfish."

As Smith started playing live music, his relatives and friends asked why he didn't play country music. After settling down with a family, Smith found himself drawn to country music.

"You can listen to it with your kids," Smith says. "It's the music of common people and their struggles and their triumphs. Traditionally, it's about really honest, down-to-earth songwriting. If that's what country music is, then sign me up."

On that note, Smith prides himself on his ability to craft a song. As with any art form, he believes the primary quality is authenticity and honesty. While he says the story doesn't necessarily have to be true, it's the sentiment that counts.

"It just doesn't resonate the same way as something that's real," Smith says.

Smith himself started songwriting as a teenager, mostly angst-driven, typical teenage stuff. As time progressed, Smith wanted to be a rock star. After dropping out of college and meeting his wife, his priorities changed.

"I'm certainly not doing this because I want to be rich and famous, I want to be able to express myself." — Corey Smith tweet this

"Being a rock star, that's a pretty shallow goal," Smith says. "I went to college and wanted to be a school teacher. Through all that, I found myself still playing the guitar and writing music. This is something I was going to do because it made me feel better. I started studying songwriting at that point. It started coming from a different place and I wanted to find out how do I get better, how do I say more with less."

Previous to his latest album, "While the Gettin' is Good," Smith released his first nine albums independently and produced his own music. Smith made the records on his own and partnered with a company for distribution. He believe this may be part of the reason he hasn't transitioned to a major label. He says that partnering with a major label is often the shortcut to making an artist mainstream and popular.

"It takes a lot of the art out of the process," Smith says. "I'm certainly not doing this because I want to be rich and famous, I want to be able to express myself."

Still, for "While the Gettin' is Good," he decided to bring in a producer.

"I needed to learn from someone who has experience. I had some great meetings, I had some not so great meetings. Then I met Keith Stegall, who produced Randy Travis; he's won Grammys and he seemed to understand me as an artist and was an artist himself. I think it's a great sounding record. It really emboldened me; he's not doing anything fundamentally different. It's a tremendous amount to learn."