Trump declares a national emergency: Is the U.S. learning from the success and failure of other countries?

Trump declares a national emergency: Is the U.S. learning from the success and failure of other countries?

March 13, 2020
2 comments
Is the U.S. government doing enough to slow the spread of this potentially lethal pandemic?

President Donald Trump and national agencies ranging from the Center for Disease Control to the Federal Drug Administration have been the target of a never-ending stream of criticism: They've had disorganized response a highly contagious virus that poses a new threat to the human immune system. 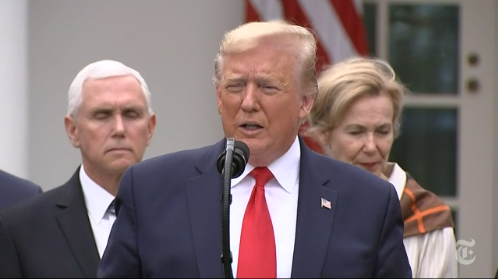 Is it possible for the U.S. to learn from other countries and do the right thing moving forward?

At approximately noon PST today, President Trump declared a national emergency to combat the coronavirus which opened $50 billion for emergency relief, and asked that every hospital enact its emergency preparedness plan. Trump will be waiving interest on all student loans held by federal agencies. He is also directing the Secretary of Energy to buy large quantities of oil for strategic reserve. Most importantly, the White House has created a number of public-private partnerships to expand testing throughout the U.S. - which could include drive-thru testing sites - as early as next week. The chief executives of Walmart, Target and Walgreens all said they had agreed to make facilities available for testing.

On Wednesday, Trump banned travel from 26 countries in Europe, but U.S. citizens can come back to the U.S. and must be screened upon return.

Meanwhile House Speaker Nancy Pelosi and Trump agreed on a relief package this evening that would make make coronavirus testing free for all Americans. The measure includes two weeks of paid sick leave and up to three months of paid family and medical leave, enhanced unemployment benefits, additional food aid and federal funds for Medicaid.

Dr. Tedros Adhanom Ghebreyesus, the World Health Organization Director-General, reported during a media briefing this morning that worldwide, more than 132,000 cases of COVID-19 have been reported to the WHO from 123 countries and territories, and more than 5,000 people have died. Cases have increased 13-fold over the last two weeks.

Europe is now the epicenter of the pandemic, while China’s number are down in the double digits, thanks to extremely aggressive governmental actions to mass quarantine people with coronavirus.

“Our message to countries continues to be: you must take a comprehensive approach,” Ghebreyesu said. “Not testing alone. Not contact tracing alone. Not quarantine alone. Not social distancing alone. Do it all…. Any country that looks at the experience of other countries with large epidemics and thinks ‘that won’t happen to us’ is making a deadly mistake. It can happen to any country.”

But as of Friday afternoon, March 13, there’s no way of knowing how many people in the U.S. have the coronavirus.

Without an industrial-level testing response to COVID-19, hundreds or even thousands of hapless carriers could be passing this virus on to more vulnerable populations throughout the U.S. The federal government’s sudden about face may portend a more positive outcome in the U.S. which is now on track to follow Italy’s trajectory of the outbreak.

Italy struggled to address the pandemic early on: Just like the U.S., controversy ensued between politicians and medical experts over the extent of testing. Today there are 15,000 confirmed cases in Italy and over 1,000 dead, with ICUs completely full. 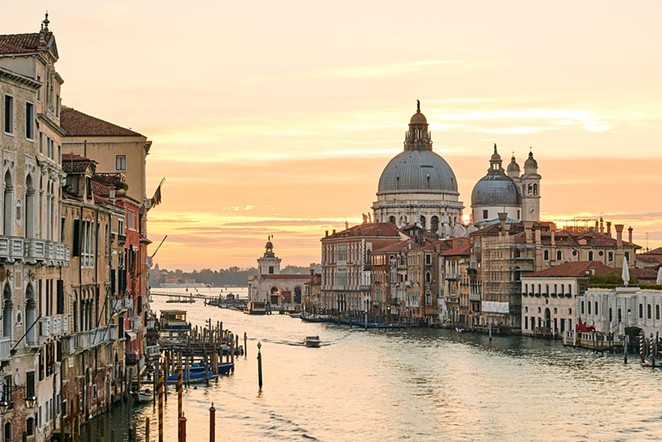 Ghebreyesus said there is “alarming levels of inaction” worldwide, but he also said that there is hope that it can be brought under control. More than 90% of cases of the virus are concentrated in just four countries. Both China and South Korea have taken strong action to halt the spread. China has cut its epidemic from over 3,500 cases a day in late January to around 24 a day on Wednesday.

Ghebreyesus said that countries should try to strike a balance between right to life and human rights.

In the U.S., people are encouraged to call their doctors to request a test if they are sick. In contrast, in China, the government set up fever clinics next to hospitals and in other locations, according to the New York Times. Doctors garbed head to toe with personal protective gear meet patients in a separate part of the hospital or in the parking lot. They take the person’s temperature, then ask them some questions about their symptoms and their exposure. The doctors perform a quick white blood cell count test (to make sure it is not a bacterial infection or pneumonia) as well as a flu test and even a CAT scan. If the patient is still a suspected case, they are not allowed to leave the premises and must be quarantined with hundreds of others in giant stadiums with cots packed closely together.

China’s strategy aims to catch people before they have the chance to go back to their homes or offices and possibly transmit the coronavirus to others. China determined that home quarantines were not effective because the virus was spreading rapidly through families. It is estimated that 75-80% of infections in China occurred in family clusters, according to Donald G. McNeil, a science writer at the New York Times. In addition, virtually everywhere people go in China they get their temperature taken, whether they are entering a train or bus station or entering their own apartment building. Those with an elevated temperature must directly go to the fever clinic.

South Korea is testing up to 10,000 per day in drive-through kiosks, hospitals and local clinics and often provide test results in less than 24 hours, according to the Washington Post. Like China, the country has large-scale quarantines.

In January, the World Health Organization approved a test that was developed by German scientists. But the U.S.—which considered the Centers for Disease Control to be the world’s premier public health agency—decided to make their own test. The first Federal Drug Administration approved test was not released until the first week of February and was then distributed to public health labs across the country. Some of the health labs had problems with test, and the CDC ordered them to just send samples to them in Atlanta which added time to the testing process. Over these past few weeks the virus could have been spreading widely.

Once countries begin testing at an industrial scale, the number of confirmed cases may also skyrocket simply because many people with the virus have relatively mild symptoms.

On a national level, President Trump's response has changed from a desire to maintain the illusion of normalcy, to a serious and urgent response to the reality of the pandemic. Most critics of the administration believe the delay is unforgivable, but funding, private partnerships and widespread self-quarantine across the U.S. could slow the outbreak.

The third presumed case of COVID-19 in Deschutes County was reported today by Deschutes County Public Health. As of March 13 at 7:30 p.m., there are 32 confirmed cases in Oregon across nine counties. Starting Monday, all schools across Oregon will close through the end of the month. Stay up to date with all the latest coronavirus news in Central Oregon at the Source’s “Coronavirus HQ” page.