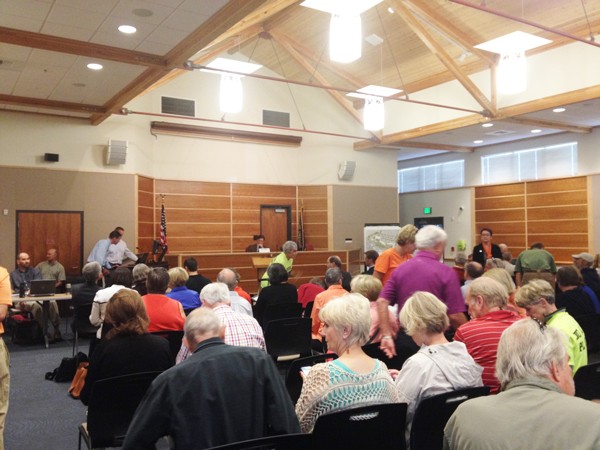 Just three days after Deschutes County Hearings Officer Ken Helm ruled in favor of the site plan for the proposed Oregon State University-Cascades expansion in southwest Bend, the opposing Truth In Site Coalition has announced it will appeal the decision.

According to a message posted to the coalition's website, the group "understands the very narrow scope of a hearings officer's authority" but feels encouraged by some of the comments in Helm's decision.

In the 94-page document, Helm wrote that he could understand the coalition's frustration.

"When a larger project, here a concept for a 50 acre + campus, has been discussed for years and would appear ideally suited for a master planning process, OSU’s approach comes very close to thwarting sound planning and the very purpose of the City’s master planning provisions," he wrote.

Truth In Site seems to be taking these words as encouragement, saying in the message:


In spite of that, Mr. Helm did more than pay lip-service to the Coalition's arguments. He identified his limitations in interpreting the city's Development Code and we are heartened by his apparent encouragement to the City Council to look at our argument for Master Planning.

Therefore, the Coalition has decided to appeal the decision.... During this week's meeting, the City Council outlined the following timetable for itself: make a decision whether or not to hear an appeal(s), by 9/17/14; hold an appeal hearing by 9/29, at the earliest; render its decision on the appeal by 10/13/14 (when the 120 day clock stops ticking).

If the City Council chooses not to hear an appeal(s), we can appeal to the Land Use Board of Appeals (LUBA), which could, among other options, remand the appeal back to the City Council.

The group also issued a request for funds to help cover the cost of the appeal. They have until Sept. 15 to file, after which City Council will be tasked with deciding whether or not to take up the appeal.